Liam Smith claimed a massive upset victory last night when he became the first man to knock out Chris Eubank Jr at the AO Arena in Manchester.

After an intense build-up where both fighters traded personal insults, an all-action spectacle is what was predicted and in the four rounds it lasted, that is exactly what we got.

In the first round, Eubank Jr, the bookies favourite, started brightly by consistently using his jab and moving around the ring to keep Liam Smith at bay. Smith came forward in his usual style but was unable to land anything significant on his Brighton-born opponent.

The second round followed a similar pattern with Smith being the aggressor, trying to back Eubank Jr up against the ropes and attempting to land devastating combinations. However, once again, the son of the legendary Chris Eubank Sr proved to be an elusive target and kept peppering Smith with his fast jab.

Things then began to heat up in round three as Eubank Jr started to gain confidence and land his signature uppercut punches on Smith. The Liverpudlian was not dazed or hurt by any of the shots, yet it was a reminder he was fighting a decent-sized middleweight rather than the 154-pounder he is used to.

Despite Eubank Jr’s success, his senses and ability to win the contest came crashing down in the fourth round when was he caught by a flurry of punches and most notably, a devastating left uppercut that floored him to the canvas.

The former IBO Super Middleweight champion bravely got back to his feet but was badly hurt and Liam Smith capitalized by dropping him for a second time, forcing the referee to stop the contest.

Eubank Jr was so unaware of his surroundings that he tried to shrug off the referee and continue fighting Smith. Thankfully though, Smith’s trainer, Joe McNally, showed good sportsmanship by jumping in the ring and restraining Eubank instead of immediately celebrating with his fighter.

After recovering in his corner, Eubank Jr also showed humility by shaking hands with Smith and congratulating him on his win. Besides, expressing how he did not want the referee to stop the fight and is interested in activating the rematch clause.

Meanwhile, Smith hit back at the critics, most of whom gave him little chance of beating Eubank Jr, let alone knocking him out in the early rounds. The former WBO Super Welterweight Champion was not surprised he got the stoppage and claimed that anyone in boxing can be hurt, regardless of how strong your chin is.

The Aftermath Of Chris Eubank Jr vs Liam Smith

After such a convincing loss to Liam Smith, many are wondering what Eubank Jr has left and if he should consider hanging up his gloves. Now 33 years old, Eubank Jr is no spring chicken and it may be difficult for him to go through another rebuilding phase, especially as there is a chance he could move up to 168 lbs.

At 34 years old and with almost 40 professional fights, Smith is no fresh-faced prospect either. However, following such an impressive performance, ‘Beefy’ is likely to have one or two more lucrative bouts to end his career on a high.

Prior to facing Eubank Jr, Kell Brook stated he would like to fight the winner which could present a relatively low-risk, high-reward opportunity for Smith. Alternatively, Smith could roll the dice one more time and battle one of the title-holders at 154 or 160 lbs in a bid to become a two-time world champion.

And of course, its possible we could see a rematch between Eubank Jr and Liam Smith, following such an exciting build-up and a thrilling contest to match. 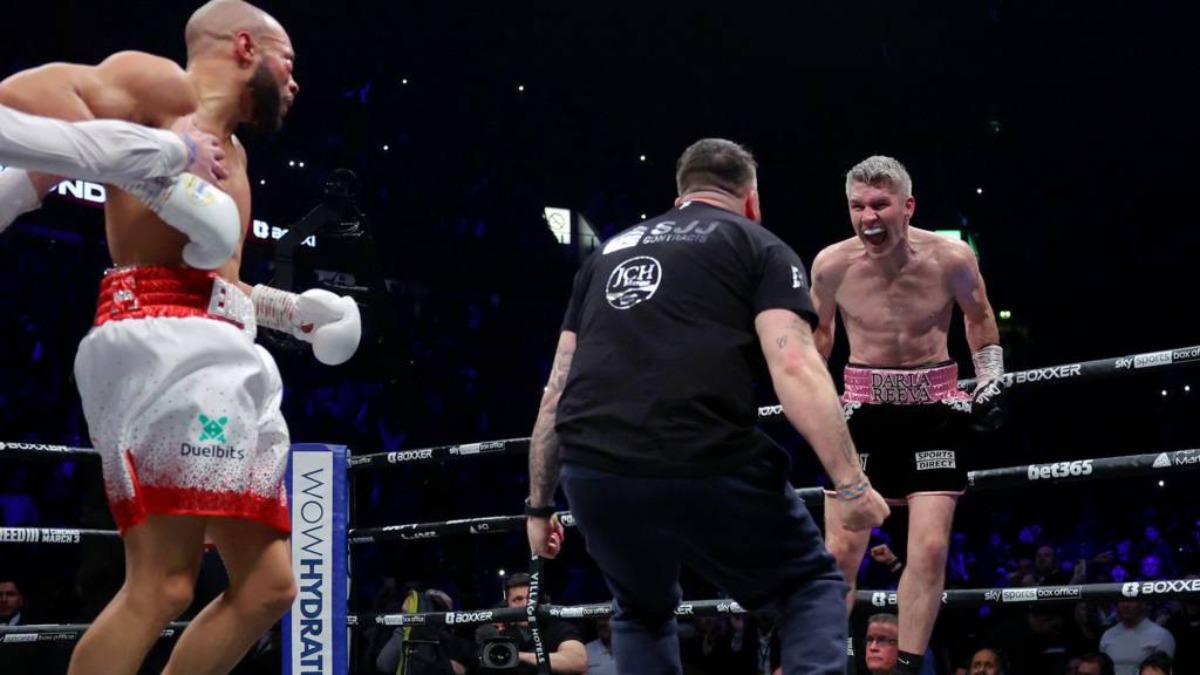