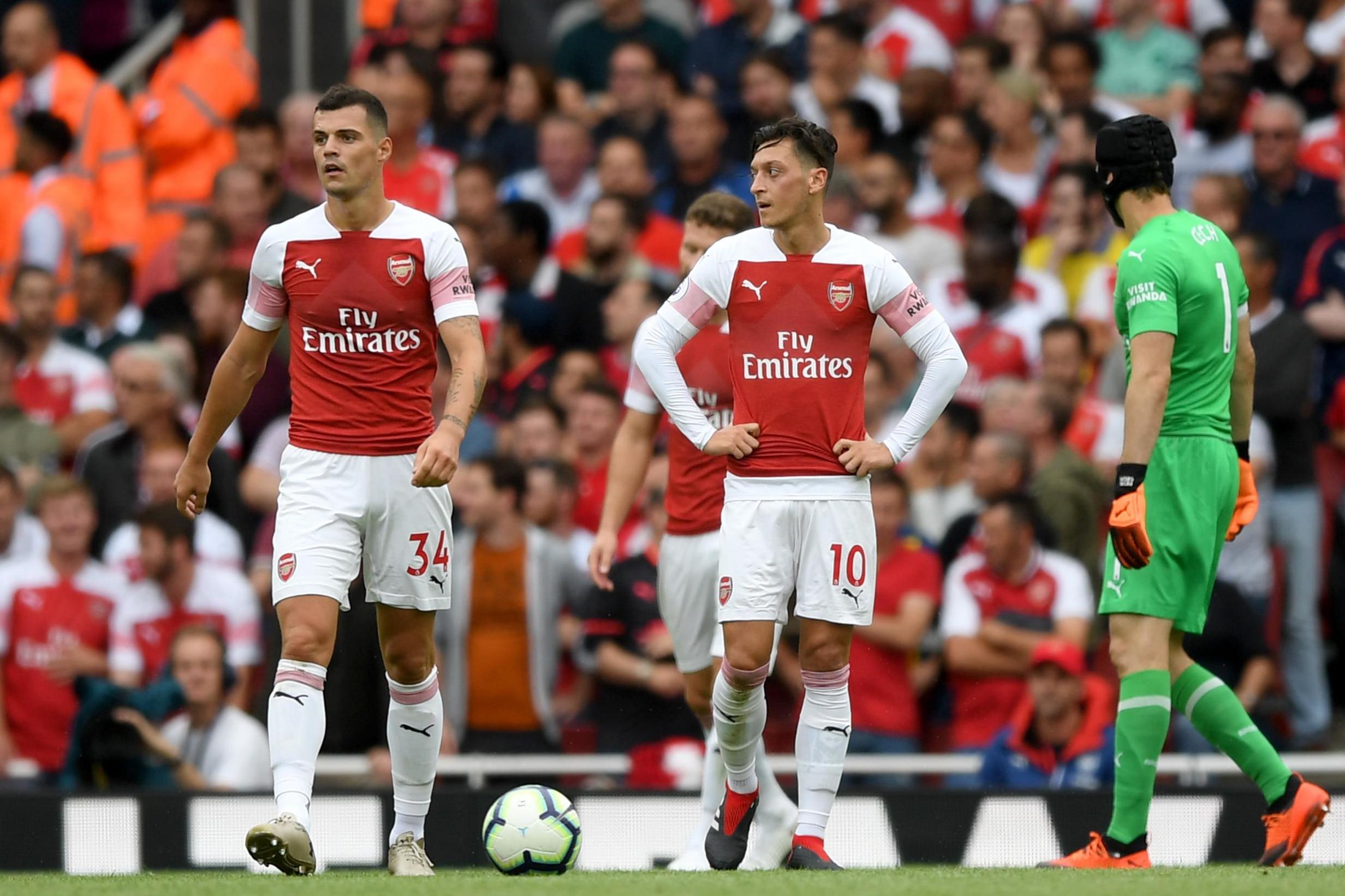 Arsenal began their first game under the Unai Emery era with a 2-0 loss at the hands of reigning champions Manchester City. This was Arsenal’s first game without Arsene Wenger since 1996. The game was fairly dominated by City with a few chances for Arsenal which they could not put away.

Raheem Sterling opened the scoring for City with a beautiful goal in the 14th minute. Then Arsenal goalkeeper Petr Cech made a bizarre mistake to almost score an own goal. Then Bernardo Silva capped the scoring with a stunning goal in the 64th minute.

Arsenal’s overall performance wasn’t one to remember, due to some awful defending at times. Arsenal’s center midfield consisting of Aaron Ramsey and Granit Xhaka were also not up to the mark. Also, Arsenal’s left- back for the game, Ainsley Maitland- Niles, picked up an injury during the game and had to be replaced by 34- year old Stephan Lichtsteiner. This made Arsenal’s left back situation even worse with both Nacho Monreal and Sead Kolasinac out injured.

Although Arsenal’s performance wasn’t worth noting, there were a few positives from the game. 19- year- old new signing Matteo Guendouzi looked good in the midfield, although he made a horrendous error which almost gave City another goal, he looked pretty decent. Also, Stephan Lichtsteiner looked good on the left side. Pierre- Emerick Aubameyang and Alexandre Lacazette showed glimpses of what was yet to come.

Arsenal travel to Chelsea next Saturday, and Unai Emery will need to figure something out if Arsenal wants any chance of returning back to the Champions League after a two- year absence.

Although Arsenal fans were disappointed by the performance, the should note that the task of returning to glory is not a one-game affair or even a season. Emery needs time to sort it out, and he should be criticized on his performance only after a few seasons. Even Pep Guardiola couldn’t win the league in his first season with a team like Manchester City. But he eventually got them to success and Arsenal fans should hope for the best over the future.