AT THE AGE OF 33, CRISTIANO RONALDO HAS WON 26 TROPHIES IN HIS CAREER AND IS LOOKING FOR MORE.

He started his career playing in Portugal and was noticed by Manchester United during a friendly game. The rest is history.

Over the course of his career, Ronaldo has received five Ballon d’Or Awards, the most for a European player tied for the most all-time. Ronaldo also holds the records for most official goals scored in the top five European leagues. He has scored 670 goals for clubs and country.

HIS TIME AT MANCHESTER UNITED

He won his first Ballon d’Or in 2008 with United. During his time in England, he was able to accomplish many personal awards as a young player. As a team they also won the English Premier League in 2007, 2008, and 2009. He also added to those championships with four other domestic trophies. In the 2007 season he also won his first UEFA Champions League trophy and added a FIFA Club World Cup in 2008.

He spent six years in Manchester and in 2009 decided it was time to move on and play for his favorite childhood team: Real Madrid.

IN HIS PRIME AT REAL MADRID

At 24, Ronaldo was set to become the most expensive footballer in history following United’s decision to accept Real’s offer. At his time at the Bernabeu, he faced off annually against Messi and Barcelona, but still managed to add to his awards and trophies. They were able to win the Spanish La Liga in 2011 and 2016. Some of the historic moments for Real were winning the UEFA Champions League in 2014, 2016, 2017 and 2018, giving them the most of any other team. During that time they also won another nine domestic trophies in competitions and more FIFA Club World Cups in 2014, 2016, and 2017.

HIS INTERNATIONAL CAREER WITH PORTUGAL

Cristiano is Portugal’s all-time leader in goals and games played. He was able to captain the team to the Euro 2016 Championship and they also placed in the World Cup and Confederations Cup as well.

Ronaldo is now 33 and is still proving his tremendous skill. He is determined to rule Italy as he has done previously in England and Spain. The team is hoping to add more titles and trophies, and he wants nothing more than to add to his already impressive collection in the CR7 Museum. 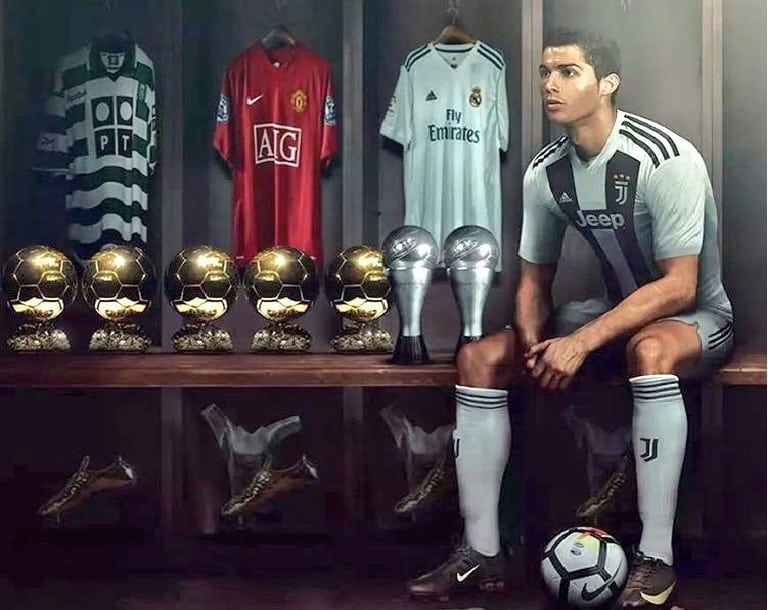