This is a huge game for both clubs. For Arsenal, it is the chance to demonstrate to the rest of the league that they are the real deal. For Liverpool, this fixture is almost a must-win game. If they were to lose, Jurgen Klopp’s side would find themselves fourteen points behind Arsenal, albeit having played a game less.

Perhaps for the first time since Jurgen Klopp arrived in England, Arsenal appear to be the favourites in this fixture, so much so that football pundit Chris Sutton has predicted a resounding 4-1 win for the Gunners.

There has possibly never been such a stark contrast in the form of these two sides during the entirety of the Premier League era.

The Gunners come into this game having won seven of their eight Premier League fixtures so far and will be buoyed by their recent 3-1 thumping of rivals Tottenham Hotspur. Mikel Arteta’s side are playing free-flowing, exciting football and have dominated almost every game they have played.

Liverpool on the other hand, are a shadow of what they have been over recent years. Their notorious press is disorganised, their attack is disjointed and key players such as Virgil van Dijk and Trent Alexander-Arnold are having a torrid time in defence. All of this has led to the Reds having won just two of their seven Premier League fixtures this campaign.

The North London club has lost all of their last four fixtures against Liverpool in the league, and have won just once in the last fourteen games against the Reds. In fact, Liverpool’s dominance in this fixture is so profound that the aggregate scoreline between the two in the Premier League last season was 6-0 in Liverpool’s favour.

Despite the contrast in form, these past defeats at the hands of Liverpool could weigh heavily on the minds of the Arsenal players and is a huge psychological advantage for Klopp’s side.

No update for Arsenal ahead of this game, with the Gunners still without Emile Smith Rowe (groin) and Mohamed Elneny (thigh).

Jurgen Klopp has revealed that the side will be without: Alex Oxlade-Chamberlain (thigh), Naby Keita (thigh), and Arthur Melo (unknown), whilst Curtis Jones (calf) and Andrew Robertson (knee) could feature.

For the first time in a very long time, picking a key player for Arsenal is extremely difficult, and that is a testament to just how much the Gunners have improved this season.

Gabriel Jesus, Martinelli, Saliba, Granit Xhaka – there are several players in this Arsenal side that are performing at a very high level right now. However, Martin Odegaard could be the key to Arsenal winning the midfield battle on Sunday afternoon.

The Norwegian is the metronome of the side and allows Arsenal to dictate to the tempo of the game with his excellent range of passing. The 23-year-old is also an excellent presser of the ball, which often allows him to win possession back for his team high up the pitch, and then quickly release a teammate with a clever pass.

If Odegaard is on song in this game, particularly when you supplement him with both Granit Xhaka, who has been superb this season, and Thomas Partey, the Liverpool midfield could struggle to get a foothold in the game.

No prizes for originality here, Liverpool’s key player on Sunday has to be Mohammed Salah.

Like the vast majority of teammates, the Egyptian has endured a slow start to the season, having scored just two Premier League goals thus far. However, the forward has been a huge reason as to why Liverpool have been able to dominate Arsenal so profoundly in seasons gone by.

Kieran Tierney, Nuno Tavares, and Saed Kolasinac – they have all been tortured by the sorcery of Salah. With Oleksandr Zinchenko expected to start at left-back for the Gunners on Sunday, don’t be surprised to see a fourth name added to that list.

Zinchenko is a great player going forward, particularly when he operates as an inverted full-back and occupies a midfield position. However, he is vulnerable defensively. The 25-year-old struggled against Manchester United and was one of the players that made it far too easy for Ten Hag’s side to penetrate the Arsenal defence.

Mohammed Salah may not be firing on all cylinders just yet, but if Zinchenko makes life too easy for the forward in this game, Salah is more than capable of taking full advantage and will punish the Arsenal defence.

There will be goals in this game, that’s for sure. Mikel Arteta is unlikely to change his approach and he will instruct his team to be dominant and play on the front foot. He played that way against both Manchester United and Tottenham, so there’s little reason to believe that will change in this game.

For that reason, however, there will be gaps for Liverpool to exploit in the Arsenal defence. William Saliba was excellent at covering these spaces against Tottenham, but there were still occasions where Spurs were merely a good pass short of a goal-scoring opportunity.

Based on form, Arsenal are the clear favourites, however, the experience of this Liverpool side, plus the recent stronghold they have had over Arsenal, does balance the scales slightly, with a goal-scoring draw a very possible result. 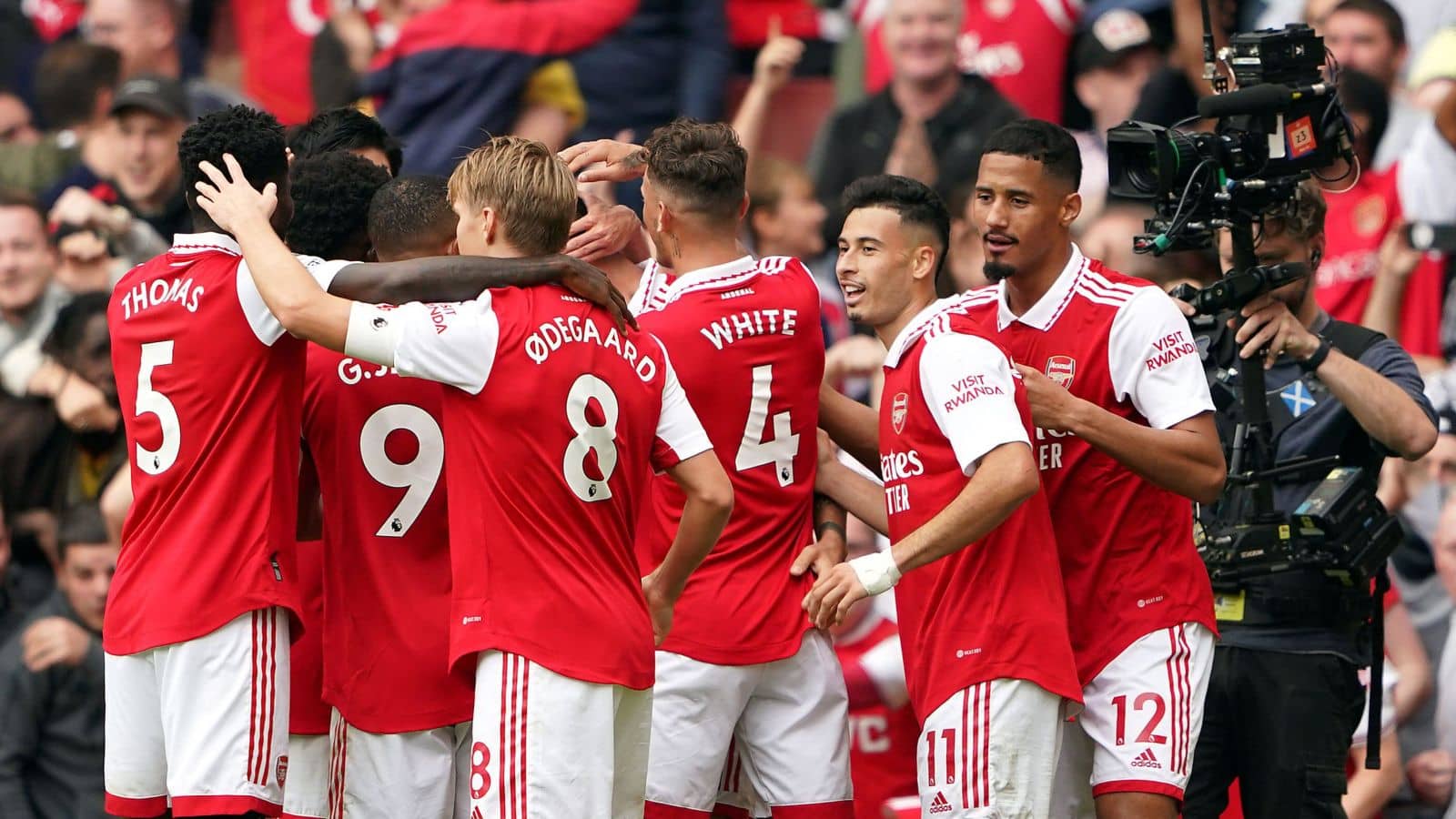