After seeing their perfect winning start to the Premier League season come to an end at Old Trafford, Arsenal will be determined to put together another winning run quickly.

Mikel Arteta’s side has still enjoyed a strong start to the campaign and their defeat to Manchester United highlights areas to work on going forward.

Winning Streak Comes To An End

In an encounter full of drama at Old Trafford, it was the Red Devils who managed to come out on top 3-1 on home soil. Arsenal, who are +1000 to win the Premier League title on the Paddy Power site, had amassed five wins on the spin before defeat at the Theatre of Dreams. Even for a club that has previously gone an entire Premier League season unbeaten, this current crop of Arsenal players were unlikely to go the entire campaign without defeat. It won’t have made the loss at rivals United any easier to take for Arteta and his side, but the Spanish tactician can’t be upset by the start they have made to the 2022/23 campaign.

Last season was one that ended in bitter disappointment for the North London outfit, as key losses including a humbling defeat against rivals Tottenham towards the end of the campaign saw them miss out on a top-four finish. Even without Champions League football to offer for this season, the Gunners were still able to attract some top-quality additions to the squad, especially with Gabriel Jesus and Oleksandr Zinchenko both making the switch from reigning champions Manchester City. The two arrivals from the Etihad Stadium have settled in quickly to their new surroundings in the capital and look to be great acquisitions from the summer.

Lessons To Learn From Old Trafford

While the result in Manchester was a disappointing one for the Gunners the performance will have highlighted areas for Arteta to work on. It was Arsenal who dominated possession in Manchester, as the visitors had the ball for 61% of the contest. The Gunners also had more shots at goal than their rivals by 16 to United’s 10. One of the key stats however was the Red Devils had six shots on target compared to Arsenal’s three. Arteta will know his side can’t be so wasteful with their opportunities in front of goal, especially in the unforgiving games against the big sides in the Premier League.

Having dominated possession, Arsenal will also be looking to make sure they are not as vulnerable on the counter-attack. United boss Erik ten Hag had his side set up to hit the Gunners on the break and the plan worked to perfection, as it did in the Red Devils’ 2-1 win over Liverpool earlier this season. Arsenal have long been renowned for their possession-based style and it’s not something they are going to change anytime soon.

It might only need a few tweaks here and there but Arteta will have already worked on what went wrong at Old Trafford. The focus will also be on what has been a positive start to the season and Arsenal will hope to learn from the United loss, as they look to push the likes of Man City and Liverpool for the title this term. 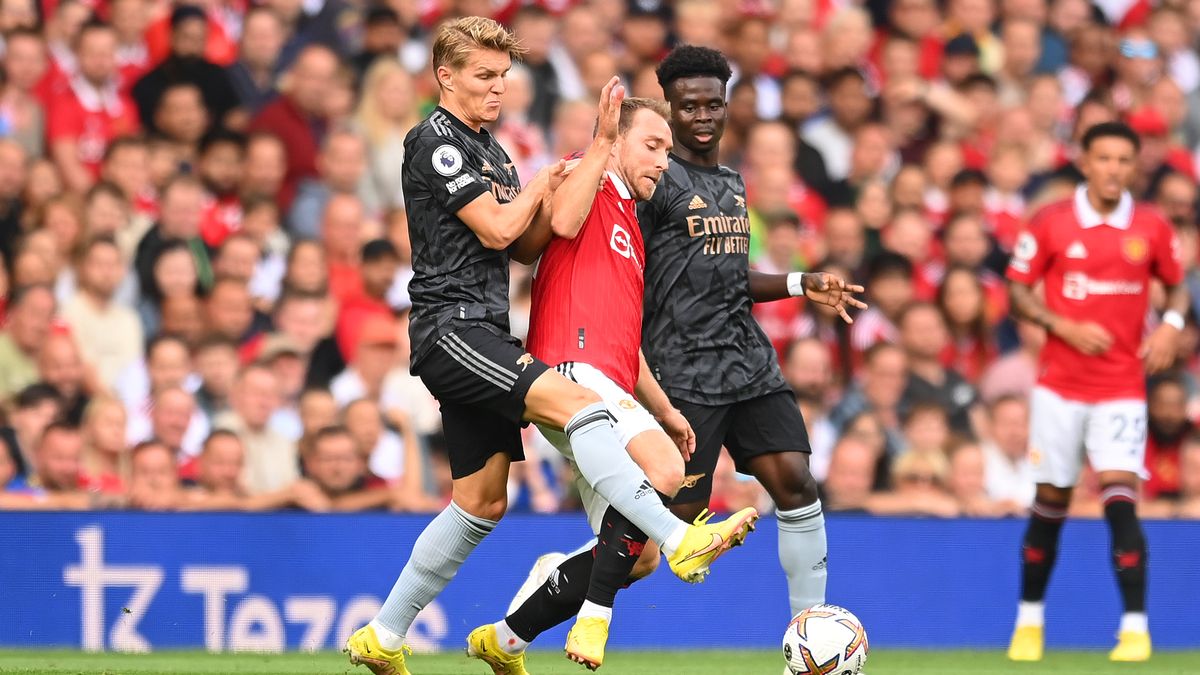