The Monaco GP returns to the Formula 1 calendar this weekend after the cancellation of the 2020 race owing to the Covid-19 pandemic- the first time the race had not been held since 1954. With overtaking opportunities extremely limited, the usual expectation amongst seasoned F1 observers is that the polesitter will simply have an easy afternoon at the front of the field in a dull, processional race.

While it is fair to say there have been several of those in Monaco, there have also been some absolute classics. Here I take a look at five of the most exciting races in recent times.

With qualifying changed in 2006 from one-shot qualifying to three timed sessions, drivers now had to factor in the possibility of yellow flags scuppering their flying laps at the end of a session. That fate befell Fernando Alonso as he flew around the track, almost two-tenths of a second ahead of his championship rival Michael Schumacher. So, the Spaniard might have felt aggrieved then, as he approached the Rascasse hairpin, to see Schumacher, in his final Monaco GP for Ferrari, blocking the track. Despite claiming that he locked up the front, the stewards punished the seven-time champion by sending him to the back of the grid for deliberately compromising Alonso’s lap.

Come Sunday, Schumacher began the day 22nd on the grid but demonstrated his undeniable talent by working his way through the field, eventually finishing 5th, a remarkable achievement given the tight and tricky nature of the circuit. Alonso was magnificent at the front but was pushed all the way for nearly 50 laps by Mark Webber and Kimi Raikkonen until both retired within the space of two laps after their cars caught fire. Alonso was joined on the podium by Juan Pablo Montoya, in what would be his final podium in F1, and David Coulthard took the final spot for what would prove to be the first of many podium finishes for the Red Bull Racing team.

Following in the footsteps of Olivier Panis in 1996, Jarno Trulli took his one and only Formula 1 victory around the streets of Monte Carlo on an afternoon when many failed to even reach the finish. Just the 3 in fact back in 1996, so 9 classified finishers in 2004 looked relatively event-free in comparison. Not so, however, with the safety car coming out after just two laps because of an engine blowout for Takuma Sato which resulted in Coulthard and Fisichella crashing into each other under the thick smoke.

Poor visibility would later cause more problems, with both Alonso retiring after crashing into Ralf Schumacher, and then brother Michael doing the same after colliding with Montoya, with both incidents coming in the famous Monaco tunnel. However, the afternoon belonged to Jarno Trulli in the Renault, who set a stunning qualifying lap, 0.4 seconds ahead of Jenson Button, and then held the BAR driver at bay to win the race by half a second. After 119 attempts the Italian had finally won a Grand Prix. For one afternoon at least, the Trulli train was at the front of the field.

It one of the most dramatic Monaco races in recent memory, and it might have been even more exciting had a red flag not been shown with nine laps remaining. An accident involving Vitaly Petrov and Jaime Alguersuari meant that race leader Sebastian Vettel could finally pit for fresh tyres, although by the end of the race the top three of the Red Bull driver plus Fernando Alonso and Jenson Button were separated by just three seconds.

However, the race weekend wasn’t short of drama with Sauber driver Sergio Perez missing the race through injury after a massive accident in qualifying. Meanwhile, in the race, Lewis Hamilton was caught out by a memorable overtake from Michael Schumacher at the hairpin. The McLaren driver was then given a drive-through penalty for colliding with Felipe Massa at the hairpin, in what would become a running battle between the pair throughout 2011.

Later he was caught up in the aforementioned incident involving Alguersuari who broke his rear wing, before rounding off his afternoon with a 20-second penalty for hitting Pastor Maldonado at Sainte Devote. That penalty would not ultimately affect his original finishing position of sixth, but once again underlined the chaos that Monaco is capable of generating.

Wet races account for some of the most thrilling races in Formula 1 history, and 2016 was no different. Starting behind a safety car, after eight laps the track had dried sufficiently enough for the drivers to be released, and Daniel Ricciardo starting on pole for the first time in his career, pulled away. However, a botched second pit stop for the Red Bull driver on lap 32 when his tyres weren’t ready meant he was unable to get back in the lead.

Having managed to drive on a drying track for 31 laps with wet tyres, Hamilton only stopped once in the entire race and then spent the rest of the race holding off Ricciardo. At one point, the Australian nearly got by at the chicane coming out of the tunnel but was squeezed by Hamilton and had to make do with second in a race that lasted just under 2 hours.

That wasn’t the only drama of note in an excellent race with Palmer, Raikkonen, Kvyat, Magnussen and Verstappen all crashing out, and embarrassingly for Sauber, their two drivers, Felipe Nasr and Marcus Ericsson taking each other out. However, the ebb and flow of Hamilton and Ricciardo’s battle were what made this Monaco GP so memorable, with the Red Bull man earning redemption two years later with victory.

Another wet Monaco GP. Another Lewis Hamilton driving masterclass. Another Lewis Hamilton victory. 8 years before the events of 2016, Hamilton once again lined up 3rd on the grid and ended the day at the top of the podium. However, it wasn’t plain sailing with the McLaren driver slipping to fifth early on after hitting the wall and suffering a puncture. Not for the first time though, a well-timed safety car bunched the field up and Hamilton’s extraordinary pace whilst fuelled with a heavy load meant he took the lead on lap 33 and never looked back.

If Hamilton’s pace was impressive, then Sebastian Vettel in the Toro Rosso was also something to behold, finishing 5th after starting a lowly 19th. Arguably though, the driver of the day was one that didn’t even finish the Grand Prix. Force India driver Adrian Sutil had similarly started near the back, keeping out of trouble to rise from 18th to 4th with just nine laps remaining. It was at that point though, that Kimi Raikkonen mistimed his braking coming out of the tunnel, careering into the back of Sutil and forcing him into retirement.

The loss in revenue for Force India from missing out on points finish, and the comparative gain for Mclaren and Hamilton from keeping the car going and then taking the 10 points for victory highlighted the fine margins at play in the world of Formula 1. Not only was it one of the best Monaco GP’s to witness, but it was also perhaps one of the best at demonstrating the unforgiving nature of the Monte Carlo circuit. When it goes wrong, it can go horribly wrong. However, get it right and it is exhilarating, as Hamilton demonstrated in customary style. 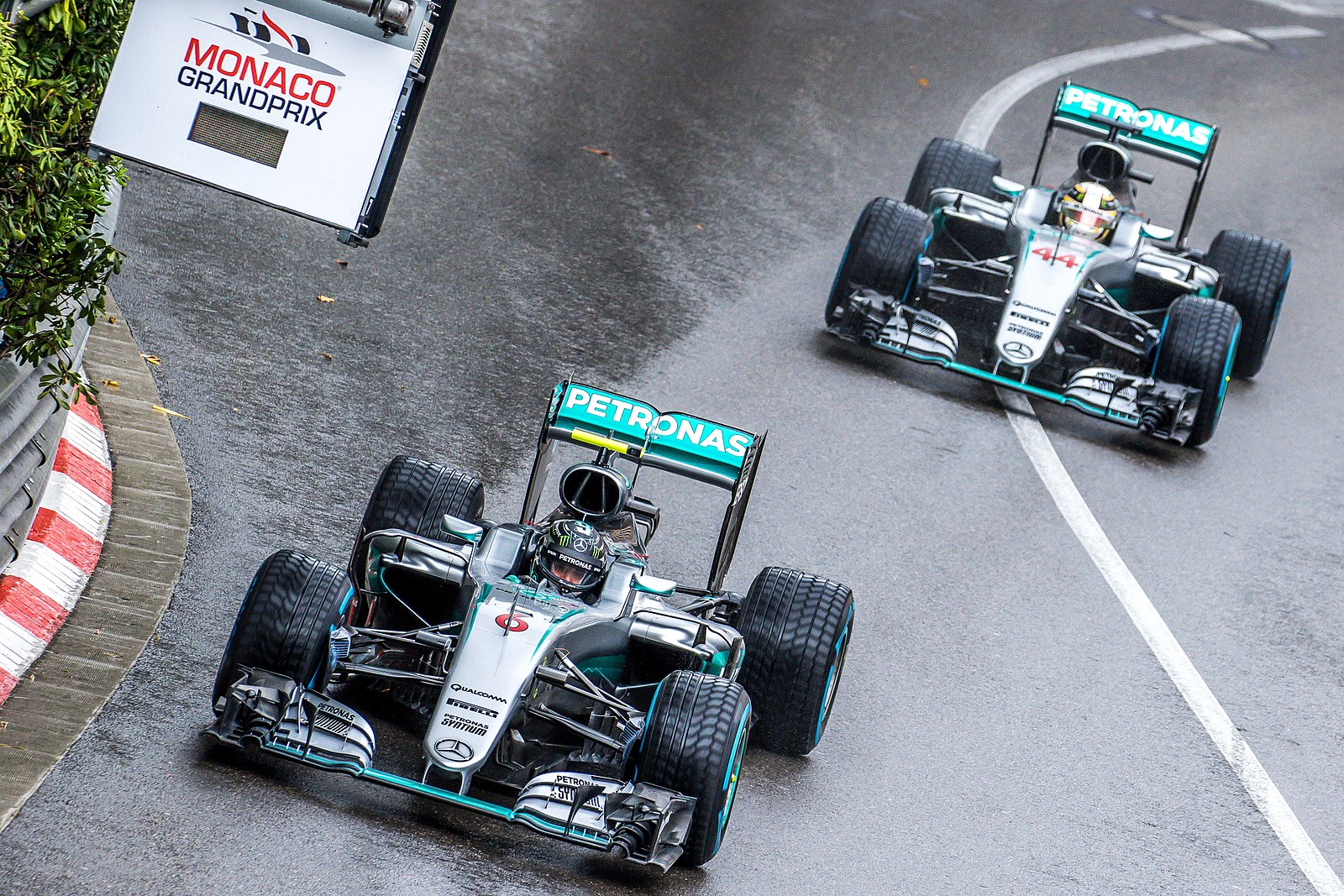