It was a hot and humid day in Massachusetts for Benfica’s final game versus AC Milan but that didn’t matter to the 27,000 fans in attendance who mostly went home happy with the third straight victory for SLB.

Both teams exchanged chances in the first half but the Italians had the edge as they hit the posts on numerous chances and Benfica’s goalkeeper Odyessas had to play phenomenal to keep his team on the game. Both teams felt the affects of the heat and played sluggish at times and at the half the game was still scoreless.

As the second half began AC Milan once again had some chances to take the lead but unfortunately were not successful. Benfica finally at the 70th minute were able to get on the scoreboard. Taarabat fired a shot just outside the box that was deflected by a Milan defender and changed direction and avoided the keeper and rolled into the opposite site of the net. The Italians fought for the equalizer for the rest of the game but unluckily were once again denied by the Benfica keeper and the post.

Benfica finished the tournament with victories in all three games and is currently in first place to win the tournament. If Man United are unable to beat their next opponent which happens to be AC Milan by four goals, the Lisbon team can add the International Champions Cup Champions trophy to their Museum at Estadio da Luz. 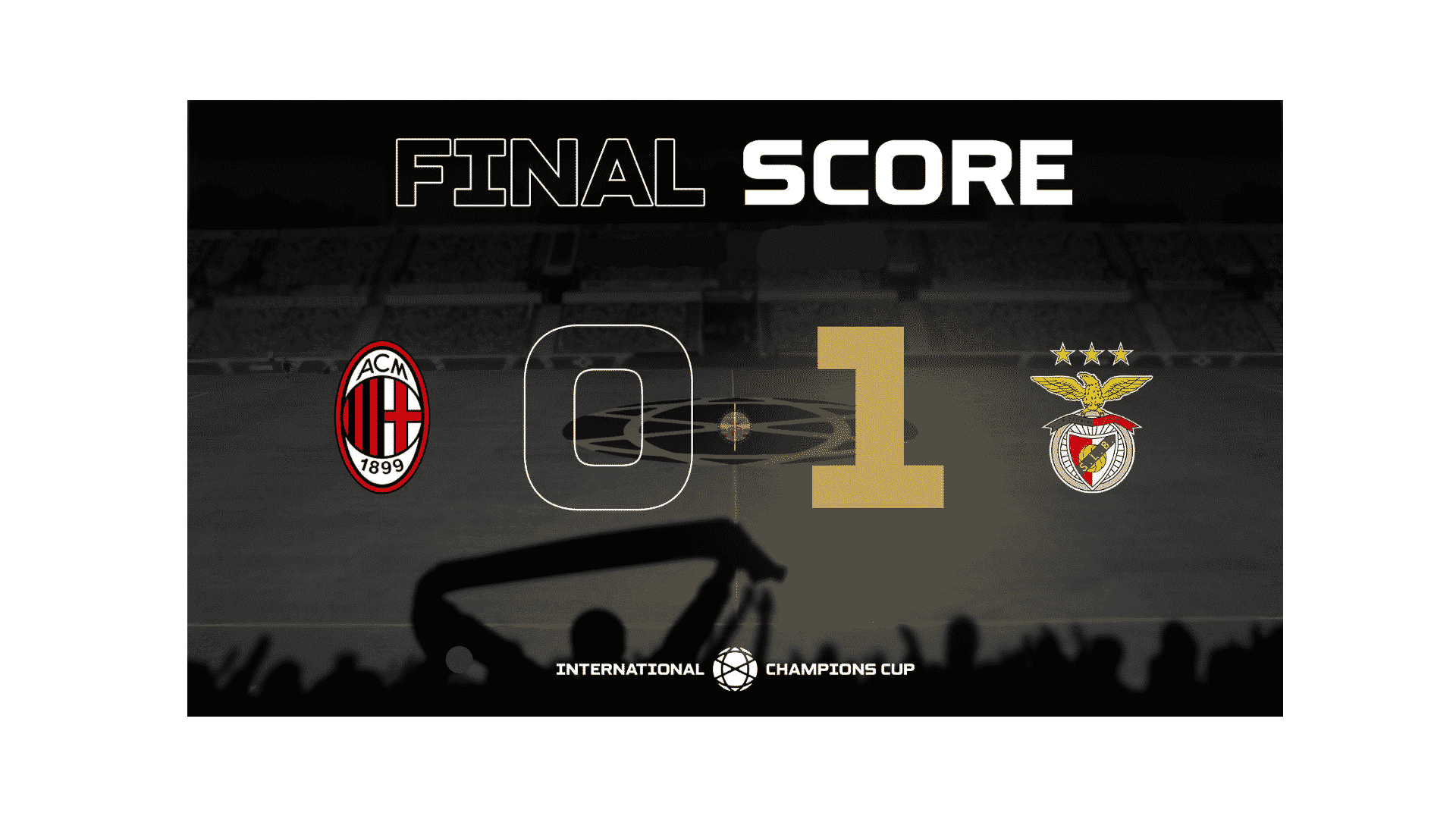