This past week has seen plenty of excitement in the rugby world, with The Six Nations 2021 Tournament conclusion. All eyes turn to South Africa, as The British And Irish Lions 2021 Tour has been confirmed, and will go ahead according to the original schedule in South Africa in June. While an array of options were discussed by the respective Rugby Unions surrounding the global Covid pandemic, they’ve decided to go with their original plan as much as possible.

Alternative hosts nations had come forward, such as Australia, who offered to host the historic British And Irish Lions Tour; the second option was the tour to take place in the United Kingdom as South Africa was unable to restrict the spread of the global pandemic.

However, all of those alternative options were left out of contention, and the series is set to go ahead in South Africa starting in June 2021!

History Of The British And Irish Lions Tour Of South Africa:

These two respective rugby unions have over a century of rugby camaraderie. Their very first official tests date back to 1981, where The British And Irish Lions successfully whitewashed The Springboks 3-0. In total, these two sides have played thirteen official test series, where The Lions have only won four-test series, with South Africa beating The Lions on eight occasions and one series ending in a draw.

Due to the unethical apartheid laws of the old South African government, these two sides didn’t play each other after the 1980 tour. Seventeen years later, in 1997 the rugby sides revived their camaraderie as South Africa returned to the international sports stage, following the inauguration of their new president, Nelson Mandela.

Following the emphatic 1995 Rugby World Cup triumph by The Springboks, the British And Irish Lions tour of South Africa was set for the 1997 season. The dates were set and three gruelling encounters awaited The Lions, coached then by Ian McGeechan and captained by Englishman, Martin Johnson.

This time, the British and Irish Lions were led by Irishman Paul O’Connell and another exciting British and Irish Lions Tour series awaited the rugby world! This series, Kings Park, Durban would be the venue for the first test, with Loftus Versfeld in Pretoria hosting the second fixture and the final game in Ellis Park, Johannesburg concluding the series.

Unfortunately, the second successive British and Irish Lions Tour for Coach Ian McGeechan was unsuccessful. The Springboks secured an emphatic series win after the second test match at Loftus Versfeld, Pretoria. With both scores tied, the hero of the day turned out to be replacement flyhalf Morne Steyn slotted a long-ranged fifty-meter penalty to secure the series for South Africa.

With both most recent tours concluding after two encounters, will we see a similar outcome for The British And Irish Lions Tour this year?

With both sides raring to continue their North vs South rivalry, the confirmation of whether we will witness the British and Irish Lions Tour in empty stadiums remains the main question at present.

South Africa have yet to play an international test, since their 2019 Rugby World Cup Final triumph, begging the question of whether the Springboks will be ready for this physical British and Irish Lions Tour. South Africa have yet to confirm when they will finalise their squad to host this historic series, whereas Lions Head Coach, Warren Gatland will confirm his touring squad on 6th May 2021.

Who do you think will win The British And Irish Lions Tour in 2021?

Let us know your predictions in the comments below. 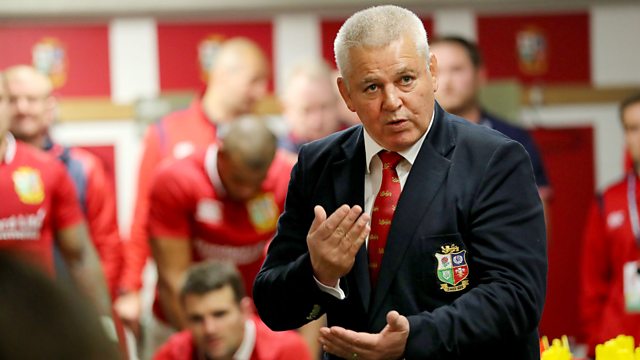