Day Three of the championships saw the return of Men’s Number One Seed Novak Djokovic, Emma Raducanu and Sir Andy Murray on Centre Court, whereas British Number One Cameron Norrie, the ninth seed in the Men’s draw, Ladies second seed Anett Kontaveit, fifth seed Maria Sakkari and sixth seed Karolina Pliskova were all in action on Court One.

These were all the start of the Second Round of the Championships, apart from Pliskova who was completing her first-round contest against fellow Czech Tereza Martincova after it was suspended late on Day Two at 5-5 in the second set, this after Pliskova had taken the first set on a tie break.

The sixth seed, who was runner up here last year, would only need two games though to clinch victory and set up a second round match up against Brit Katie Boulter, and when the two met a couple of weeks ago at Eastbourne the Brit toppled the top ten player so could lightning strike twice??

Pliskova’s match followed the demise of number two seed Kontaveit, who was humbled by German Jule Niemeier with the world no.97 only dropping four games on her way to a straight sets victory, before it was the turn of the British No.1 Norrie as he took on Spaniard Jaume Munar.

Norrie was the clear favourite to win this contest and after taking the first set looked on course for a comfortable win perhaps, but world no.71 Munar who regularly trains with Rafa Nadal no less, took the next two sets after playing some inspired Tennis, but then cramp started to enter the Spaniard’s thighs and Norrie reeled off eight straight games to be level at 2-2 and up a break in the decider. It looked as if the Spaniard was done.

ALSO READ:  Six Brits through on a dramatic and action-packed Day Two at Wimbledon

But after some massages on his thighs, Munar rallied briefly and broke back to level at 2-2, and everyone was thinking surely not? But the tiredness in the Spaniard’s legs was clear to see and Norrie reeled off four straight games to take the match and end what was a superb game of tennis. Munar is certainly an exciting player to watch though and only fitness here let him down in the end.

So what of the action on Centre today? Djokovic wasted no time in seeing off Aussie World No.79 Thanasi Kokkinakis in straight sets as the Serbian’s quest for another Wimbledon title continued, and Raducanu’s run at this year’s championships ended sadly as she was beaten in straight sets by Frenchwomen Caroline Garcia, meaning another Brit fell in Round Two.

That meant it was over to Sir Andy as he took on the big-serving American 20th seed John Isner, and with Murray having beaten him in every meeting so far, that was a good omen for the Scot, although this was their first-ever meeting on grass, and circumstances were certainly different these days in terms of where they are in the world rankings, so those previous meetings don’t really count for much.

And so it proved as the American saw off Sir Andy in four tightly contested sets with plenty of aces and some exquisite pick-ups and drop volleys at the net and record the first victory over the Brit in his ninth attempt, and also make it through to the third round of the championships, Murray had given his all that was for sure though and the atmosphere was electric, but it had not been a good day on Centre Court for the home favourites.

There were other Brits in action on Day Three, Great Wakering’s Ryan Peniston has wowed the British crowds this summer with some brilliant Tennis, his story is a remarkable one too, as at the age of one he fell ill with cancer of the skin tissue, recovered, but didn’t start fully growing till he was sixteen, which was a challenge whilst coming through the various age groups in the sport.

And this summer he has put in some memorable performances on the grass, and he finally won his first match at his first attempt in a Slam yesterday, but he came up again the experienced 32-year-old American Steve Johnson who ended up being too good for the Brit as the world ranked 93 won in straight sets, ending the Essex man’s grass-court campaign for 2022.

Heather Watson was in action again, up against Qiang Wang, the Chinese player had dumped out 14th seed Belinda Bencic in Round One so would no doubt prove a tough assignment for the Brit, but the Brit will need just one more game to make it to round three after she led 7-5 5-4 when the match was suspended due to poor light.

And Harriet Dart finally got her campaign underway today after rain meant her first round match against Rebeka Masarova was cancelled yesterday, and the Brit managed to win the match in straight sets which meant ten home players had made it through to the second round for the first time in quite a while.

Finally, there were a couple of surprises on Court No.2, French Open runner up and men’s Number Three seed Casper Ruud was dumped out of the championships by the 112 world ranked Frenchman Ugo Humbert in four sets, this after the Norwegian had taken the first set, and then women’s ninth seed Garbine Muguruza was stunned by Belgian Greet Minnen with the Belgian only dropping four games on route to a straight sets victory.

The Men’s and Women’s doubles got underway today as well, for those and any other results from the championships so far, and for the following day’s order of play, please visit https://www.wimbledon.com/en_GB/scores/schedule/index.html 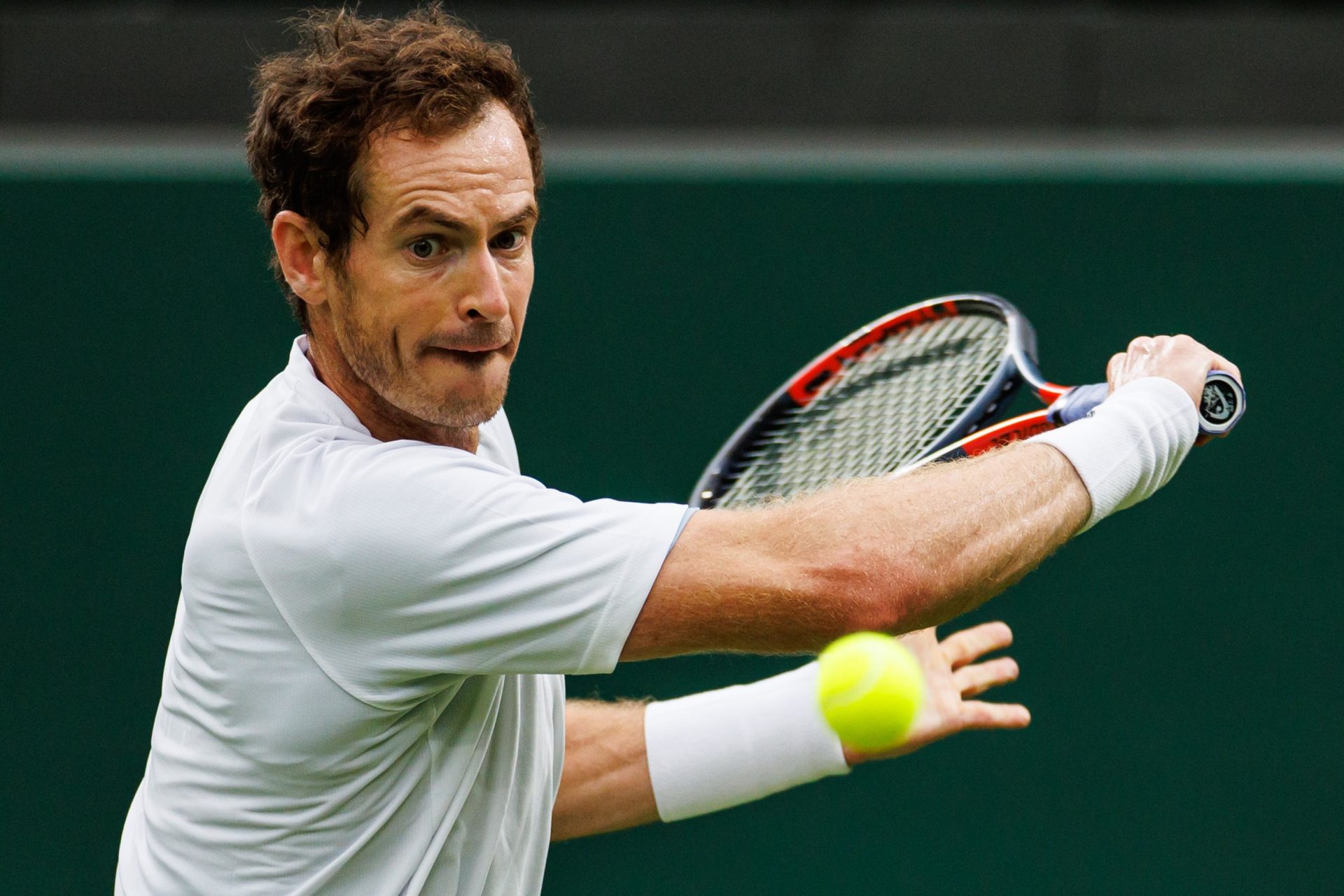