Day Four begin with another withdrawal from the men’s championship as following Marin Clinic and Matteo Berrettini’s withdrawal’s earlier in the week due to covid, 17th seed Roberto Bautista Agut pulled out this morning due to the virus, a big shame for him and the tournament but reminds us all of the world we currently live in.

Anyway, to the action, Rafael Nadal continued his quest to complete a calendar Grand Slam, whilst Katie Boulter was the headline act for Great Britain on day four at Wimbledon. Nadal had already clinched the Australian and French Open crowns this season and was aiming to claim his first Wimbledon title since 2010, which does seem unthinkable he has gone twelve years without one.

The Spaniard, 36, took on Lithuania’s Ricardas Berankis in round two, and although he was not at his best, he still did enough to get the job done in four sets and make it through to Round Three.

Boulter, though, was first out on Centre Court as she faced Czech sixth seed Karolina Pliskova, the 25-year-old world number 118 was looking to reach the third round at the All England Club for the first time but knew she would have to overcome a player who reached last year’s final to do so, but she has the confidence of beating Pliskova at Eastbourne last week, how would she fare here?

It was another superb match which went the distance, Pliskova took the first set 6-3 but the Brit came roaring back to claim the second on a tie break, setting up a decider, and the Brit managed to hold her nerve to win the third 6-4 to claim a second win over the Czech in a week and make it through to the third round for the very first time, magnificent stuff!!!

Harriet Dart was also in action, while fellow Britons Liam Broady, Jack Draper and Alastair Gray all competed in the men’s draw. Broady took on Argentine 12th seed Diego Schwartzman, and in an epic contest the Brit stunned his seeded opponent to win through in five sets, winning the decider 6-1 and record probably his greatest win of his career so far.

The South American seemed to have broken his opponents resolve at one point, winning eleven games in a row to lead two sets to one, but the Brit showed excellent resolve and determination to turn it back around again, making the win even more extraordinary.

Draper was last on Court One and was up against Australian 19th seed Alex de Minaur, the Brit has really impressed lately and he wowed the Court One crowd after taking the opening set 7-5, but after the second went to a tie break, the Aussie took that 7-0 and then never really looked back after that, winning the next two sets 6-2 6-3 to complete a four set win and end Drapers run on grass for this year.

Gray faced American 11th seed Taylor Fritz and pushed him very hard and after going a set down he actually lead the American 5-2 in the second, but Fritz fought back to take that on a tie break before going on to win the third and take the game in straight sets, it was some effort from the world ranked 288th Brit though and he will no doubt learn a lot from this.

And Dart, who stormed through her first-round match on Wednesday, was straight back out to take on American eighth seed Jessica Pegula, and when the Brit took the first set 6-4 things looked promising, but the American showed her class to turn the match around to win the next two sets dropping only four games and end Dart’s participation in this years championships.

Heather Watson resumed her second-round match against Wang Qiang after darkness forced it to be suspended on Tuesday with the Briton leading 7-5 5-4, having being broken when she served for the match. And she only needed that one game to seal the deal to win in straight sets and match her best ever performance at these championships with a place in Round Three. Lovely stuff!!!

So what were the other headlines on Day Four? Women’s eleventh seed Coco Gauff was in last in action on Centre, and she breezed through her match against Mihaela Buzarnescu in straight sets, whilst Men’s fourth seed Stefanos Tsitsipas comfortably saw off Aussie Jordan Thompson in straight sets.

Womens No.1 Iga Swiatek continued her remarkable run of successive wins on tour with victory over Dutch player Lesley Pattinama Kerkhove although the world no.138 made her work for the win, but the number one seed won through 6-3 in the decider to take her place in Round Three, whilst the unpredictable Aussie in Nick Kyrgios took on 26th seed Filip Krajinnovic.

And the Aussie largely let his tennis do the talking on Court No.2 as he demolished his opponents in straight sets, dropping only six games in the process, and he will take on fourh seeded Greek Tsitsipas in Round Three, which promises to be a rather explosive encounter that is for sure.

And remember Harmony Tan, the Frenchwomen who knocked out Serena Williams in that epic on Centre Court late on Tuesday? Well, she was in action on Court 17 today and saw off 32nd seed Sara Sorribes Torino in straight sets to continue her remarkable run this year at Wimbledon, maybe that win over Serena has given her the confidence she needed.

Anyway that concludes the action for Day Four, for all results, including another glut of doubles matches today, and for tomorrow’s schedule, visit https://www.wimbledon.com/en_GB/scores/schedule/schedule11.html 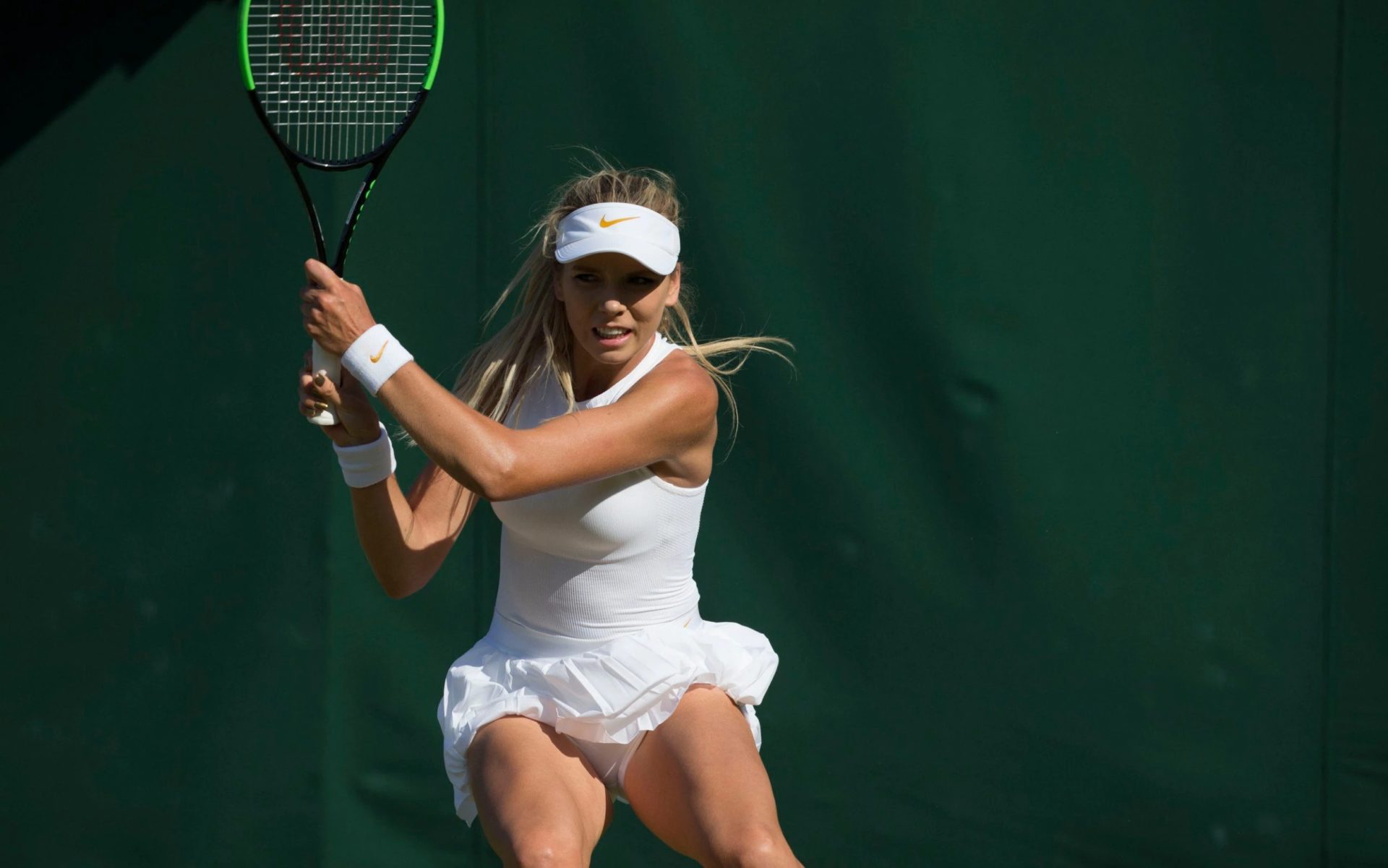