Six-time Wimbledon winner Djokovic met compatriot Miomir Kecmanovic in the last 32 second on Centre Court, and he cruised to a straight-sets victory, outclassing his opponents who only managed seven games in the three sets that were played, the Number One seed is looking good as he heads into the second week. That was his 35th win in a row on Centre too, not bad eh.

Before that, women’s third seed Ons Jabeur played France’s Diane Parry, while Norrie concluded Friday’s action on that court against Steve Johnson, Jabeur only needed an hour to see off Parry in straight sets with another commanding performance and is still yet to drop a set in the championships.

Now Norrie was looking to reach the Fourth Round for the very first time and be the first British Male to reach the second week for five years, but he was expected to have another difficult match as American Johnson, who humbled Ryan Peniston in the last round, has a lot of experience here, but it turned out to be a very one-sided contest as Norrie only dropped four games in route to a straight-sets victory and continue his upward trend in his tennis career.

Slovenia’s Kaja Juvan stood in the way of Watson’s maiden last-16 appearance, the 30-year-old Briton has never been beyond the third round in 11 previous attempts at SW19 and she met world number 62 Juvan in the opening match on Court One. This was Watson’s fifth straight day of action after both her games leading up to this had to be carried over the following day, but the Brit managed to win a tense tie break to take the first set and gain the advantage.

However, the second set was dominated by Watson as she breezed into a 5-0 lead, and although she had a slight wobble and was broken back, and saved break points at 5-2, she managed to hold her nerve to reach the Fourth Round of the championships for the very first time and gave the fans on Court One plenty to smile about. Watson can now have a day off for once and get ready for her last 16 clash in the second week of the championships. (after she finished her doubles match later in the day that is!!! she won that as well of course!!!)

That was followed by 2018 champion Angelique Kerber against Elise Mertens before exciting Spanish teenager Carlos Alcaraz, the 19-year-old men’s fifth seed, took on Germany’s Oscar Otte. 24th Seed Mertens saw off 15th seed Kerber in straight sets, the Belgian took the first set but the German served for the second set but failed to see it out, and Mertens took advantage to book her place in the Last 16 and a clash with third seed Jabeur.

Now German Otte seeded 32nd at these championships, was in a rich vein of form, he only broke into the top 100 at the start of the year and has risen to a career-high 36th at one point, but he was no match for the Spaniard who put in a masterclass to win in straight sets in an hour and 38 minutes and dropping just six games, he is an absolute joy to watch and is certainly a star in the making.

What about the outside courts? Andy Murray’s conqueror John Isner met Italian 10th seed Jannik Sinner in Friday’s final match on Court Two. During the first set, the 20th seed broke the record for the most aces scored of all time, going past the 13,728 aces that Croatia’s Ivo Karlovic managed during his career, however it was a set Isner was to lose 6-4, meaning the 37-year-old American would need to come from behind if he wanted to progress.

But the Italian, who had never won a match on grass prior to these championships, took the next two sets to win it in three and make it three straight wins on the surface in the process, he is up against Alcaraz next in the Last 16, should be a very good contest between the two young guns that is for sure!!!

Jelena Ostapenko, the 12th seed from Latvia and 2017 French Open winner was up against the experienced Irina-Camelia Begu who was making her tenth Wimbledon appearance, the Latvian had steamrolled her way through her opening two rounds to get here but she was off-colour in the first set, dropping it 6-3.

But this seemed to kick her into life and she went on to win twelve of the next thirteen games to progress in three sets and reach Round Four in relative comfort in the end.

Men’s 23rd seed Frenchman Frances Tiafoe was up against Alexander Bublik, the Kazakhstan player had beaten Tiafoe in their previous meeting, and it certainly looked like a similar result may be possible after Bublik took the first set, but the French player then battled back to win the next two sets on tie breaks before winning the fourth 6-4 to end what was a very entertaining encounter and see the popular Frenchmen into Round Four.

There was a shock on Court 12 as Dutchman Tim van Rijthoven, who had won a tournament prior to these championships, dumped out Georgian 22nd seed Nikoloz Basilahvili in straight sets to reach the fourth round in his first attempt, a great achievement for the 25-year-old world ranked 104th player.

ALSO READ:  British No.1 Norrie into Round Three, Raducanu, Murray crash out on Day Three at Wimbledon

Greek fifth seed Maria Sakkari had not dropped a set in her first two rounds, but she dropped the first set against German world no.103 Tatjana Maria, but it looked like the Greek woman had recovered after leading 5-2 in the second, but the German reeled off five successive games to take a shock win and reach the Fourth Round as a result, and in an all American Men’s contest on Court Three, Jack Sock defeated Maxime Cressy in four sets.

Another women’s seed to fall on Day Five was American Alison Riske-Amritraj, the 28th seed was beaten in straight sets by Czech player Marie Bouzkova, and Jule Niemeier continued her great championships in 2022 with a superb win over Ukraine’s Lesia Tsurenko, the German is certainly making her mark in this year’s tournament and she now has a Fourth Round match to look forward to.

Finally men’s 30th seed Tommy Paul saw off Czech Jiri Vesely in straight sets, he will take on British No.1 Norrie in Round Four, whilst Ladies 33rd seed Shuai Zhang was knocked out by Emma Raducanu conquerer Caroline Garcia after winning two tie breaks to win in two, and Belgian David Goffin saw off Frenchmen Ugo Humbert in four tight sets, Humbert did serve for the fourth set at 5-2 up but lost that game and then saw Goffin win four more games in a row to take the fourth 7-5.

There were loads more doubles games today, for those results and any other results you need to see, go to https://www.wimbledon.com/en_GB/scores/schedule/index.html where you can also find tomorrow’s order of play too. It’s been another excellent day of tennis at SW19!!! 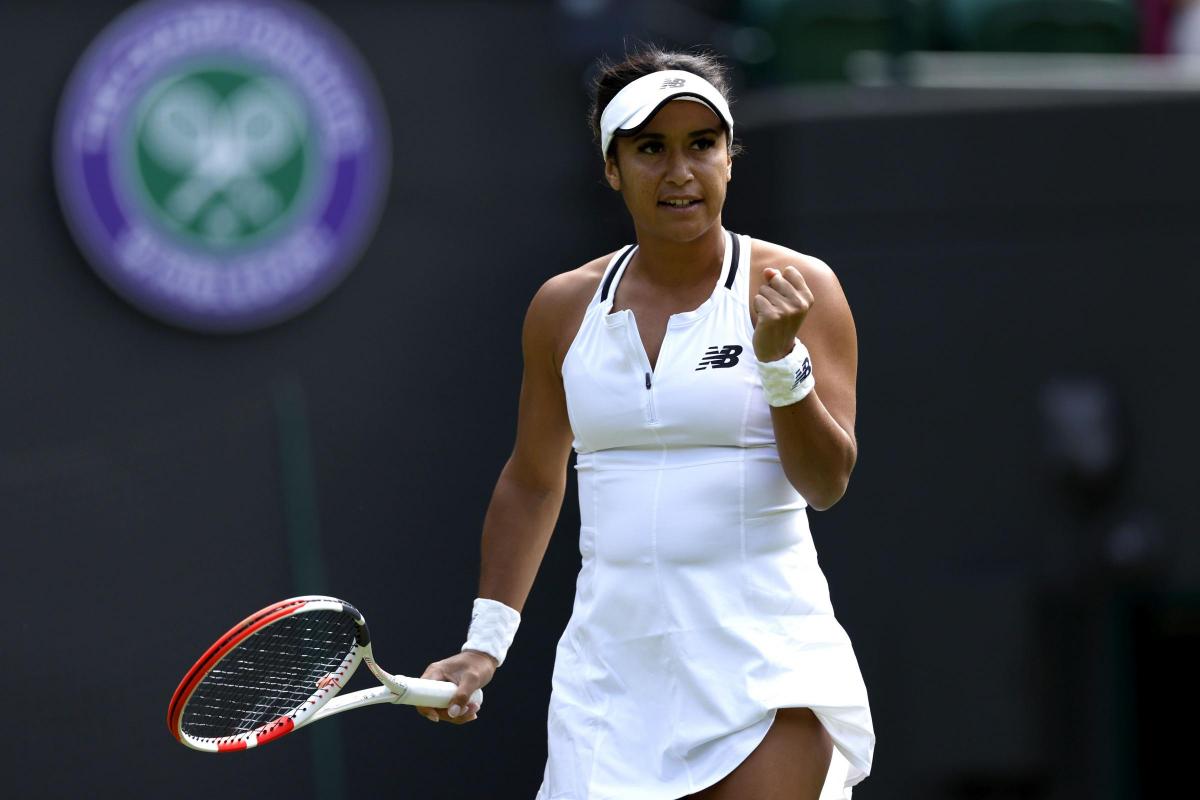