Day Two at Wimbledon began with some rather sad news after last year’s Men’s runner-up and Queen’s champion of the last two years Matteo Berrettini had to pull out of this year’s Championships after testing positive for Covid-19.

The eighth seed was down as one of the favourites for this year’s tournament and the Italian said he was lost for words and heartbroken, it is such a shame he cannot compete this year, and let’s hope he can recover and be back next year for another go at winning this championship for the very first time.

And another popular Men’s player in the shape of Grigor Dimitrov had to retire from his first-round game against American Steve Johnson after injuring his leg whilst serving, the Bulgarian did go off court for treatment but could not continue, he was a set-up but 2-5 down in the second, but a huge shame for the 18th seed.

Anyway, shall we have some positive news?? Centre court saw the Women’s No.1 player in action as Poland’s Iga Swiatek, who was on a run of 36 straight wins on tour after winning her last six events, and she promptly made it 37 wins on the trot after a comfortable straight-sets win over Croatian Jana Fett, dropping just the three games.

French Open champion and number two seed Rafal Nadal began his quest for a 23rd Grand Slam title, taking on Argentina’s Francisco Cerundolo, and after the Spaniard breezed through the first two sets a routine victory looked likely, but his opponent rallied and took the third set and was a break up in the fourth, but Rafa reeled off four straight games to take the match in four sets and keep his calendar grand slam hopes alive.

The final action on Centre saw one of the most successful women in the game Serena Williams return for another year and seek her 24th Grand Slam title, it was great to see her back on Centre Court after last year’s awful scenes when she had to retire hurt after just four games, and the now world number 1,204 40-year-old was up against Frenchwomen Harmony Tan, who is ranked more than 1,000 places above her currently. This was Tan’s first match at Wimbledon though, what an opponent and court to do that on.

In contrast, Serena has all the experience and just to be here for most would be an achievement, but Serena only wants one thing, to win Wimbledon once again, but this was her first singles match for a year since that injury she sustained at last years Wimbledon, how would she get on?

A rather intriguing first set saw the Frenchwomen take the first set 7-5, this after Williams had reeled off four straight games to lead 4-2 at one stage, but Serena raced through the second set 6-1 to set up a decider, and when Serena was 3-1 and a break up in the decider it looked like it was hers.

Tan though battled like a warrior but Serena still served for the match at 5-4 but failed to serve it out, Tan then had a match point but Serena saved that to force a championship tie break, and then went 4-0 up in that tie break, but the amazing Tan fought back again to win the tie break 10-7 to record a remarkable win. Sad for Serena who played a remarkable match considering, let’s hope this is not the last we see of her at these championships.

Brit watch time, and there were no less than twelve of them in action on Day Two, Heather Watson and Jay Clarke had matches left over from yesterday, Watson managed to complete victory against German Tamara Korpatsch and a visibly emotional Watson had made it through, but sadly Clarke lost the third set against American Christian Harrison to go out in straight sets.

Dan Evans was up against Aussie Jason Kubler in the final match on Court No.2, but sadly the number 26 seed was beaten in straight sets so exits the tournament at the first stage, and there was another GB Vs Aussie battle on Court No.3 as Paul Jubb took on the unpredictable and talented Nick Kyrgios.

The Aussie is box office for sure, and it was no different in this game with his often chuntering and moaning to himself, his box, or the umpire and crowd at times, it certainly isn’t boring watching him play, but he was taken all the way to a five-set classic against an inspired Jubb who was playing the biggest game of his young career so far.

Kyrgios though managed to dig deep and squeeze through 7-5 in the final set to progress, but the Brit had shown more than enough to show what he can do and surely has a bright future ahead of him.

Two British men who had impressed leading up to this tournament, Ryan Peniston and Jack Draper, were beginning their Wimbledon campaigns, Peniston saw off Swiss player Henri Laaksonen in straight sets, whilst Draper, who had recently defeated world no.14 ranked American Taylor Fritz, netted his first Grand Slam win after a straight-sets victory over Zizou Bergs from Belgium.

There were two British Women in action on Court No.18, Katie Swan managed to win the first set against Ukrainian Marta Kostyuk, however her opponent, who has struggled somewhat with the last year or so for obvious reasons, managed to turn it around to take the win, and despite going 0-3 down early on in the first set, Katie Boulter recovered to win in straight sets against Frenchwomen Clara Burel.

Alastair Gray was in action on Court No.14 against Chinese Tapei player Chun-Hsin Tseng, the Brit was ranked almost 200 places below his opponent in the world rankings but produced a scintillating performance to win in straight sets and take a superb victory, and finally, two more Brits in the shape of female player Sonay Kartal and men’s player Liam Broady were out on Courts 16 and 17 respectively, Kartal took Dutchwomen Lesley Pattinama Kerkhove to three sets, but lost out in the end, Broady took on Slovakian Lukas Klien and was embroiled in a five-setter against Slovakian Lukas Klein, but the Brit managed to win the decider 6-3, meaning a total of nine Brits are through to the second round, not to bad eh.

Finally, some seeds from both draws fell today, the biggest surprise coming on the men’s side as sixth seed Felix Auger-Allassime fell to American Maxime Cressy, whilst the highest seed to crash out in the women’s half was 14th seed Belinda Bencic, who lost out to world number 140 Qiang Wang 6-2 in the final set, so a bit of a surprise there.

That’s it for Day Two, no rain delays, lets’s hope it stays that way for the rest of the tournament, although I very much doubt that!!! For all results and schedules of play, please visit https://www.wimbledon.com/en_GB/scores/schedule/index.html 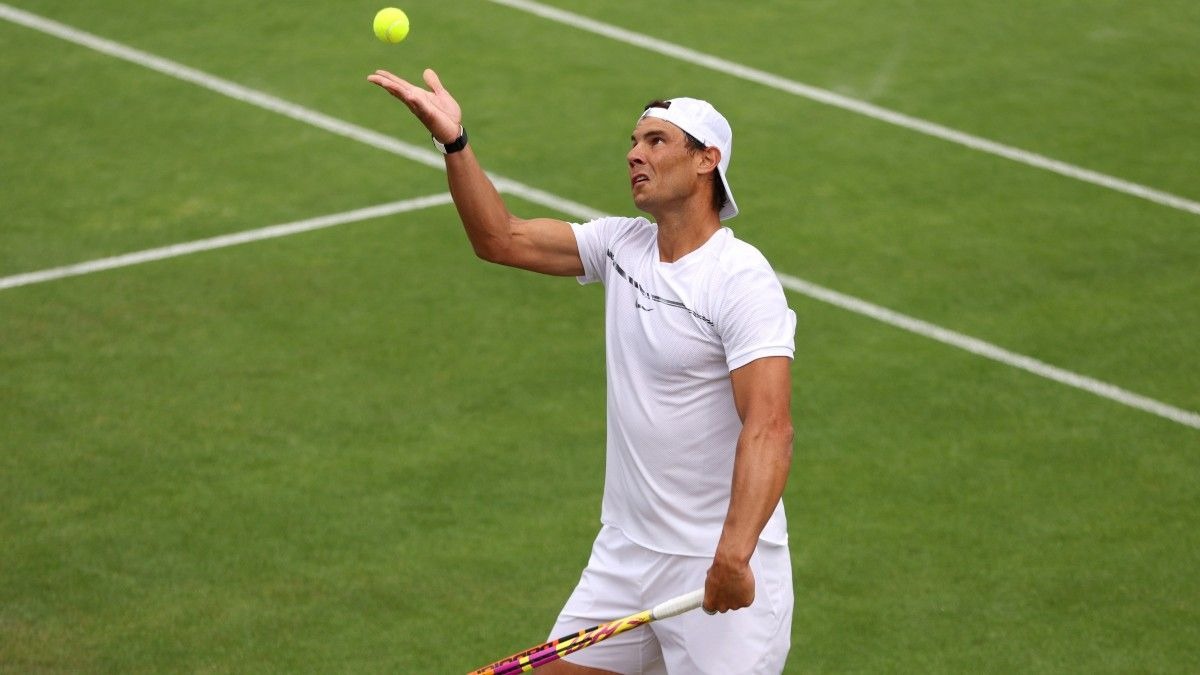