On Friday the 2nd of September we see Neilson Boxing bring us the first edition of this season’s Fight Town’ to Liverpool.

Local lad and highly regarded super welterweight prospect Jack McGann tops the bill in his 8th professional outing after compiling a record of 6 wins and 1 draw. He goes up against Lithuanian Edvinas Puplauskas 8-29 who is no stranger to the British boxing scene and has 2 solid wins in his last 3 outings against good opposition in Shaquille Day and Tom Farrell.

With this being McGanns’ toughest test to date it will be extremely interesting how he deals with a seasoned fighter that has more wins than he has had fights.

Ex Widnes rugby league scholar Leon Willings 4-1 looks to return to winning ways after losing a nip and tuck 4 round contest in July by just one point. Willings is boxing the first six-rounder of his career against debutant Bahadur Karami and will want to continue his activity from last season in what will be his sixth contest in fourteen months.

In the other three contests we see Bradley Strand 7-0, Marcel Braithwaite 12-3 and Adam Carberry 2-0 all in intriguing contests against tough journeymen Alexandru Ionita, Steven Maguire and Stanislav Bilohurov who always come to fight and will give them the test they need whilst they still develop their game early on in the pro ranks.

Braithwaite is a slightly more seasoned boxer with 15 fights to his name so with that said his fight is seen as more of a tick-over fight for him as he looks to box for domestic honours in the not-to-distant future.

The show will be held on the rooftop of the Shankly hotel in Liverpool with exclusive content from SPORT DE SANG a podcast and platform that has affiliated with Neilson Boxing.

The UK small hall scene is hotting up right now however, the coverage is still at a minimum from mainstream news outlets so here at World In Sport writer and interviewer Dan Kelly will be covering shows and producing articles with post-fight interviews in an attempt to shine more light on the up and coming talented boxers we have in Britain. 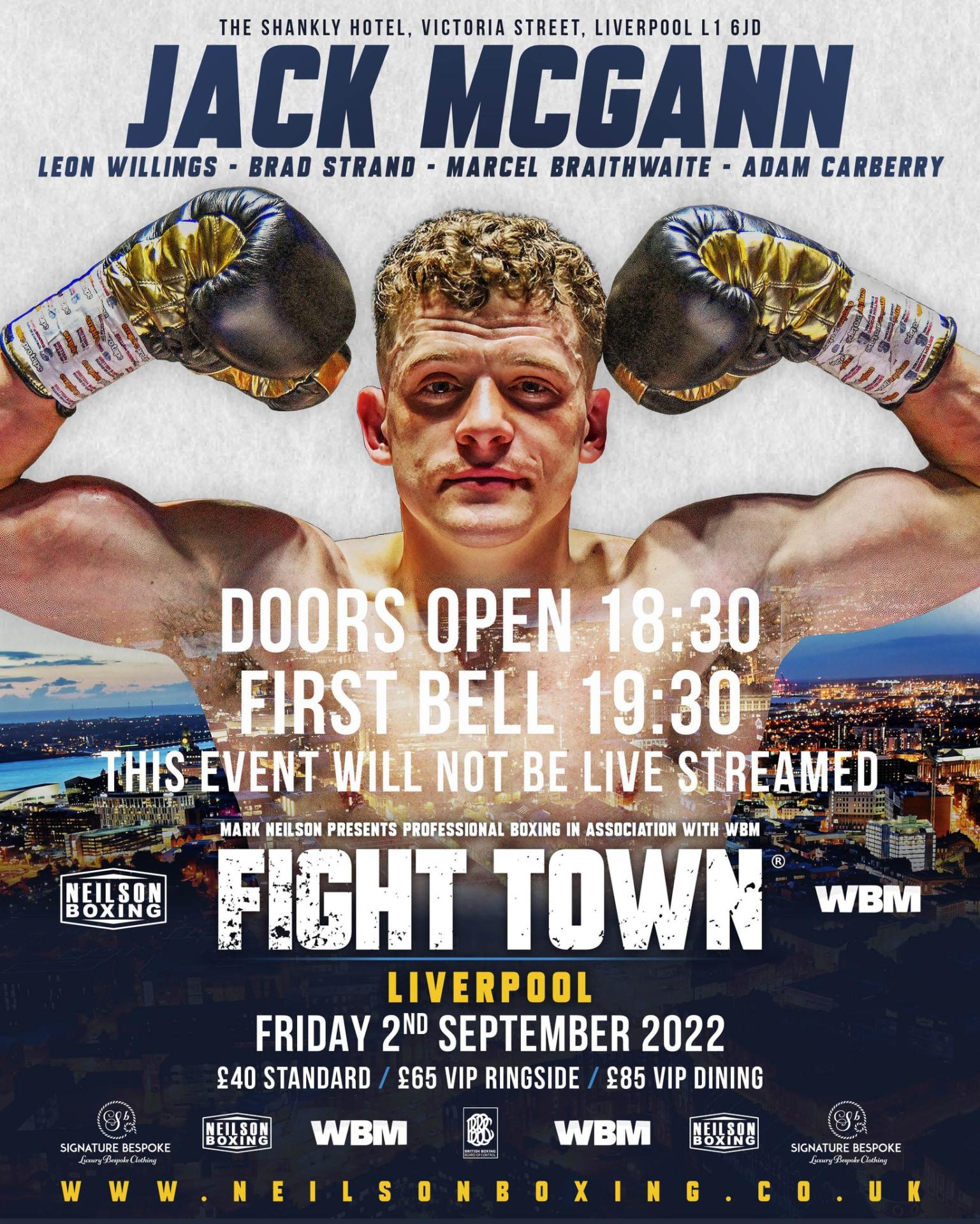