It’s not been the ideal season start that the Hammers hoped for. Manager David Moyes and his players currently find themselves 16th in the Premier League table during the World Cup break, following a run of four wins, two draws and nine defeats since the start of the season. This has put a considerable amount of pressure on Moyes, and many are wondering if he’s still the right man for the job.

There have been several factors which have led to the club making such a poor start to the season, which range from the manager, players and recruitment.

Last season saw the Hammers flying as they battled for Europa League glory and for the Champions League spots available in the Premier League. Naturally, having qualified for the Europa Conference league for this season, more players were needed to sustain another European push as well as their Premier League campaign.

The Hammers signed defenders Nayef Aguerd, Emerson Palmieri and Thilo Kehrer in the summer with mixed results. Augured has just returned to fitness following an injury, while Emerson and Kehrer haven’t made the most significant of impacts in the West Ham defence that Moyes would’ve wanted so far. With Kehrer looking particularly shaky since his move from PSG.

Having said that, the attack hasn’t exactly done the Scottsman any favours. New striker Gianluca Scamacca, signed from Italian outfit Sassuolo in the summer, has scored 4 times in 19 appearances as he’s unable to hit the ground running thus far, whereas Maxwel Cornet, signed from relegated Burnley, has been in and out of the team through injury.

Other new arrivals include midfielders such as Brazilian Lucas Paqueta from Lyon and Englishman Flynn Downes from Swansea City. Both players have put in decent performances for the Hammers, but decent performances aren’t worth too much if the results aren’t there to back them up, as is often the way with football.

Paqueta and Scamacca were both brought in as the club’s marquee signings, with the pair costing a combined £68.2 million in transfer fees. A lot of the onus will be on the pair of them to provide the creativity and goals for the Hammers if they are to sustain their European push into the knockout stages, having topped their group with 19 points after winning 6 of our 6 of their group stage games. They’ll also be needed to push the club away from relegation worries and back into the top half of the table.

So West Ham’s new signings have been a bit hit or miss so far, but how has the rest of the squad fared with the trials and tribulations this season? Based on their performances of late in the Premier League, it doesn’t seem to stack up to how they were performing last time out, which saw them battle with the likes of Arsenal and Tottenham Hotspur.

Although Moyes’ men have conceded 17 goals in 15 league games, joint 4th with Chelsea, Liverpool and Everton, and have only let in 4 goals during their Europa Conference group games, the goals they have conceded have left the defence a lot to be desired and why even giving the smallest amount of chances can be very costly. The club ranks 3rd in interceptions per game with 10.3, behind only Leeds United and Southampton, and considering both those teams are fighting for survival; they could very well stay in the top half of that statistic.

The Hammers haven’t lost by three or more goals in the league this season, with all of their losses being by one or two goals, showing once again how ruthless the top division can be. Moyes will have to find a way to make his defence more resolute, as most of their defeats have been by 1-0, 2-1 or 2-0 scorelines, with their last result being a 2-0 home defeat to Leicester City, and since they’ve only kept three clean sheets so far, he’ll be looking to boost those numbers and shutout the opposition more often.

On the other hand, the attack hasn’t been particularly notable for Moyes either. The East London side ranks 17th in goals scored, and big chances created, with 12 and 22, respectively. Highlighting their lack of creativity up top despite the presence of Paqueta, Pablo Fornals, Said Benrahma, Jarrod Bowen, Manuel Lanzini and Michail Antonio in the attack. None of the aforementioned players seems to have stepped up their game in recent times and be the hero when the team needs them most.

Building the foundation for a solid defence is one thing, but even if a team’s defence is lacking in certain areas, you need clinical attacking players who can provide the finishing touch to turn defeats into draws and draws into victories. At the moment, it doesn’t seem to be happening for them in attacking areas, so Moeys will have to work with his frontmen and try to provide a way for them to be more effective in chances created and goals scored once the season resumes on Boxing day.

Player performances are something which Moyes can’t take all the blame for, especially when some of the players have tuned in some less-than-ideal performances. But some of the things the Scottsman can take responsibility for are the summer recruitment and his own tactical management in games.

Moyes has set up his side in the 4-2-3-1 formation in most of the Hammers league games so far this season, a formation which has helped them fight off relegation, charge up the table and battle the likes Sevilla and Lyon in the Europa League. But since the club find itself 16th in the league at the moment, some fans have called for a change in the team’s set-up.

A potential move to a 4-3-3, 3-5-2 or 3-4-2-1 formation might be the key for West Ham to turn their fortunes around in the league. Despite the inferior sides in the Europa Conference League, the East London side won four out of six of their group games when playing a 4-3-3 attacking or a 3-at-the-back formation, highlighting how successful the switch has been when rotating between competitions.

However, it remains to be seen whether Moyes can adapt the team to play with this attacking set-up in the second half of the league campaign, or if he sticks to his guns and plays his tried-and-tested 4-2-3-1 formation for the Premier League and leave the 4-3-3 and 3 defender formations for the knockout stages of the Conference league.

So, with that being said, is Moyes still the right man for West Ham United? Well, if he can’t adapt his side to produce performances and results, then his days in the Hammers dugout could be numbered. But at the same time, Moyes has been in the game for a long time, and he’ll no doubt back his tactics to get his team out of danger. If he does, he’ll prove once again why he’s still the right man for the job. 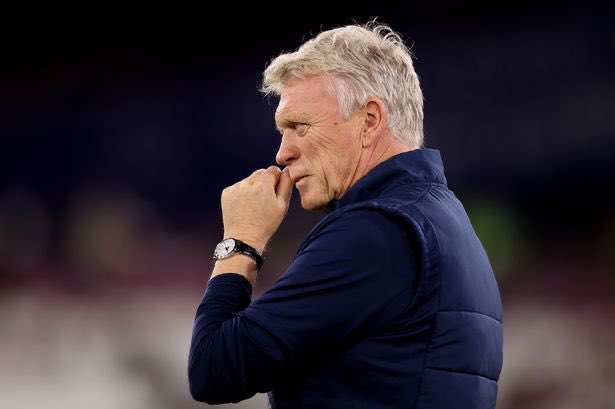