The expectant floodlights illuminate the stage on which world football’s elite performers prepare to produce the latest rollercoaster of a campaign. With the return of its audience, the biggest club competition this sport has to offer is set to take us on yet another journey of unlimited emotion, with a lot to lose but everything to gain for the 32 hopefuls.

The UEFA Champions League returns this evening and while the final on May 28th may seem an age away, reaching that stage of the competition will be the obsession of all players, managers and fans alike.

Of course, as ever there is English interest with four sides looking to go all the way in the form of current holders Chelsea, as well as Liverpool, Manchester City and Manchester United. Each of these teams certainly has a decent case as to why they could expect to see themselves in Saint Petersburg for the final, though the rest of the continent won’t be going down without a serious fight.

Chelsea reached the pinnacle of European club football just 108 days ago when they saw off Premier League rival Manchester City to get their hands on the Champions League trophy, however, having to adopt the role of the ‘hunted’ rather than the ‘hunter’ may present Thomas Tuchel’s side with an even tougher challenge this time around.

The tag of European champions hasn’t seemed to affect their domestic form thus far, with the summer reacquisition of Romelu Lukaku appearing to have filled their void up top. The Belgian has helped himself to three in his first two starts for the blues this season.

Group H, in which Chelsea was drawn, doesn’t appear as if it will pose too great a problem for them, particularly following Cristiano Ronaldo’s departure from Juventus, the team expected to provide the stiffest competition for the top spot.

A historic team with two Champions League titles to their name, Juve certainly have the European pedigree but without CR7, they are weakened significantly and may struggle to keep the ever-strengthening Chelsea quiet.

Malmo of Sweden and Russia’s Zenit make up the remainder of this group, though it’s hard to look past Chelsea and Juventus as the obvious picks to reach the knockout phase.

Time to end the drought?

Pep Guardiola has won everything domestically with Manchester City during his five-year tenure at the club. With the only thing missing from cementing the legacy of this current City team being that European trophy, Pep and his men will be more determined than ever to put that right. It seemed that the stars had finally aligned last spring before the Cityzens fell at the final hurdle to Kai Havertz’s solitary goal.

For a week or so the highest-profile signing of the summer, Jack Grealish adds to the already star-studded City squad who have looked to be back at their formidable best after an opening day league defeat to Tottenham.

Despite often breezing through the group stages with favourable draws Man City will likely need to play some of their best football to see off the competition this time around. Paris Saint-Germain is another of Europe’s top dogs who are similar to City in that they are looking to bring home their maiden Champions League title and with the arrival of a certain Lionel Messi, who’s to say that this won’t be their year.

Alongside his former Barcelona teammate Neymar and one of the continent’s hottest young talents, Kylian Mbappe, Messi and PSG possess the most frightening frontline out there. PFA player of the year Ruben Dias will need to have hits wits about him if he and his backline are to keep the Parisians at bay.

RB Leipzig is also capable of providing a substantial threat though the poaching of two of their best players and their manager by Bayern Munich over the summer may limit their capability to go far on this occasion.

The perfect way to bounce back?

It can’t be said that Liverpool was happy with how last season panned out. Squeezing into the top four on the final day is what the reds were doing in Jurgen Klopp’s first few seasons at the club, the expectation is much higher now. An injury-hit campaign really hurt Liverpool in a season which included a UCL quarter-final defeat to Real Madrid during which the fervent Anfield support was desperately missed. They’re likely to benefit more than most from the return of fans to stadiums as they look to add a seventh Champions League to their collection.

Klopp’s boys are going to be pushed all the way if they are to progress from this group and beyond with group B being the potential group of death. The Reds face seven-time winners AC Milan on matchday one on Wednesday for the time since the Rossoneri beat them to claim the 2007 title, two years on from that famous night in Istanbul on which the roles were reversed and it was Liverpool who broke Milan hearts to claim the cup. Even with their rich history in the European cup, they are the fourth-ranked side in this group, the largest threat to Liverpool’s passage through is set to come from the red corner of Madrid.

Atletico was the only team to win at Anfield during Liverpool’s memorable 2019/20 Premier League winning year when Diego Simeone sent Klopp and Liverpool packing at the round of 16 stages. With the combined firepower of ex-Red Luis Suarez and the returning Antoine Griezmann, backed by a notoriously solid defence, Atleti will be looking to frustrate the Merseysiders once more.

It’s been 13 years since Manchester United last reached the pinnacle of European football, however, following the recent summer transfer window, the club again has something in common with that squad of 2008. The Red Devils have their talisman back. Even at 36, it can be argued that Cristiano Ronaldo is even more important to Manchester United now than he was towards the latter stages of his first spell at the club. Bagging two goals at what seemed like a canter against Newcastle on Saturday, CR7 has already proved he’s still sharp enough for the Premier League, it’s going to be very interesting to see just how far he can drag his side on the European front.

Of course, United have other players of great quality, that’s why they were able to achieve an impressive second place in the league. Ole Gunnar Solskjaer will be hoping that Ronaldo is the man to help lift his teammates to greater heights and go to places they’ve never been before, which of course he has.

Of the English sides, United have the most straightforward path to knockout qualification with Villarreal, Atalanta and Switzerland’s Young Boys standing in their way. Villareal did qualify for the competition as Europa League winners having beaten United in a very cagey final in the Spring, though with the major strengthening of their squad, Man United fans can be confident going into the group stage.

Threat from the continent

PSG, Juventus and Atletico definitely have the right to be feeling optimistic about their respective upcoming Champions League bids this season, however, these are hardly the only foreign teams with realistic ambitions of lifting the trophy in May.

2020 winners Bayern Munich, backed by one of the world’s most prolific frontmen, Robert Lewandowski, will fancy their chances of reclaiming their crown with a strong young core, they’ll always be a tough side to get the better of. They have been drawn against five-time champions Barcelona, who despite financial trouble and the departure of one Leo Messi, have a whole host of young talent themselves and have a chance of going deep even in a period of rebuilding for the club.

Staying in Spain, whatever the situation for Los Blancos, it is impossible to look past Real Madrid when it comes to the Champions League. With a high-quality blend of youth and experience, in a unit that doesn’t have an outstanding individual but players who know how to get the job done in the UCL.

Even Borussia Dortmund can’t be counted out. Their maverick centre forward Erling Braut Haaland is only 21 but has an eye for goal that could take the German side into the latter stages.

There is truly no way of determining who is going to be raising the famous cup aloft in eight months time but that’s just the beauty of this competition. Under the brightest spotlight, who freezes and who relishes the opportunity. The story begins tonight. Be ready for the spectacular. 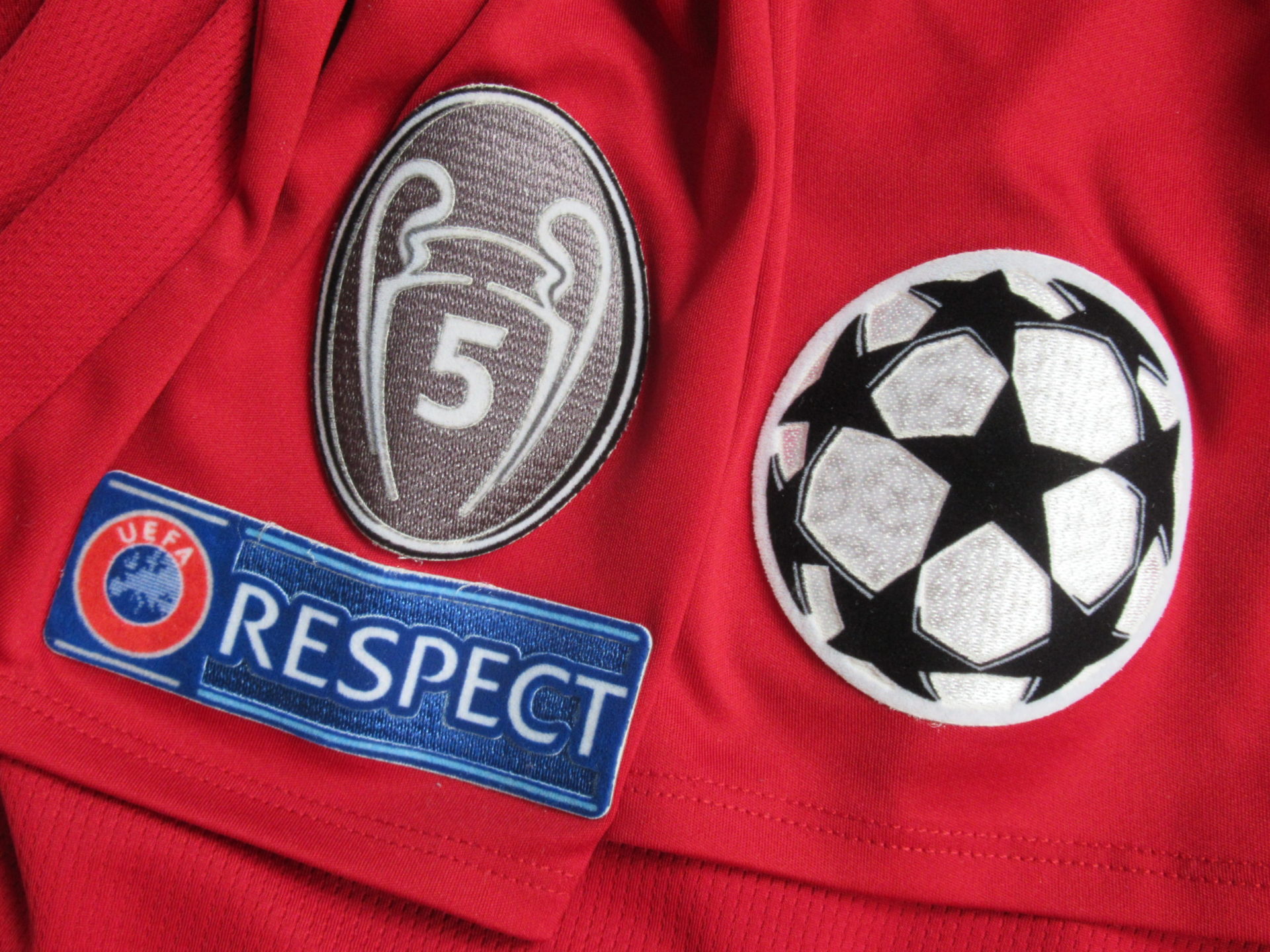