Every season the Champions League brings the titans of European football together to battle it out and decide who wears the crown as Europe’s best football team. Many would say it is the pinnacle of footballing talent in the world where we have seen the emergence of some of the best footballers to ever exist, with the likes of Lionel Messi and Cristiano Ronaldo putting their stamp on the competition over the last 15 years. This year there is a high potential for a new club to write their names in history and lift the alluring trophy for the first time.

There are always favourites to win the Champions League, some are the usual suspects including Chelsea, Liverpool, Bayern Munich, and Real Madrid that have won it previously and continue to be at the top of their game. In recent years there has been a change in the power dynamics of European football. Manchester United, Barcelona, Juventus and have fallen out of the category of favourites to win the Champions League, instead are now seen as making up the numbers in the knockout stages and not considered serious challengers.

Seeded and unseeded teams will be drawn against each other.

However, as there always is with any power vacuum, other clubs have taken the initiative to challenge the usual favourites and thrown their names in the hat as potential winners of the Champions League this year. Two clubs that have surprisingly not won the Champions League in the last few years are Manchester City and PSG. These two clubs have had a similar rise to prominence with foreign investment bolstering both clubs to domestic dominance but unfortunately, despite both reaching the Champions League final in the last 2 years, neither has managed to translate this to European success.

It won’t be long until one of these two wins the title that permanently imprints their names in history, both Manchester City and PSG are among the best teams in Europe with lineups and squad depth that very few clubs could emulate. There is an unspoken rivalry between these two clubs due to their similar rise in world football and fuel was added to the fire after they were put into the same group but there was little between the sides when comparing the two matches they had played. Whoever wins the Champions League first would get their nose ahead in the race for superiority.

One of the best things about football is its unpredictability. Most football fans remember Liverpool beating AC Milan in 2005 by coming back from 3-0 at halftime and winning on penalties or when Celtic beating a prime Barcelona, with Messi, Xavi, and Iniesta at the peak of their powers, at Parkhead 2-1 despite having only 11% possession. These types of games are what football fans live for and why we love the beautiful game. This year could hold more of the same. Surprise qualifiers in the form of Sporting, Benfica, and RB Salzburg may be able to provide the upsets neutrals hope for against the big boys.

The most unexpected occurrence has been Sporting who qualified ahead of Borussia Dortmund who go back into the Europa League. Benfica’s qualification was due to possibly the worst Barcelona side in the last two decades, in large part suffering from Messi’s absence this year. Barca is re-learning their trade under club legend Xavi who has shown his disappointment in Barca’s lacklustre performances this season which have led to them playing in the Europa League for the first time since 2003/04 season. RB Salzburg snuck into the Round of 16 in the Champions League thanks to a 1-0 victory to a 10 man Seville.

Ajax has looked sensational in Europe this season with manager Erik ten Hag proving instrumental in this team’s 6 wins out of 6 with his tactical nouse and brilliant rebuilding of the squad. This team was stripped for parts, losing De Ligt, Van de Beek, Ziyech, and De Jong, after their unprecedented 2018/19 Champions league run which saw them lose in the Semi-Final against Tottenham to a last gasp winner from Lucas Moura. Now they are back with a bang and look even stronger.

Hag has remade this team with the addition of Sebastian Haller from West Ham and is currently the Champions League top scorer with 10 goals and has scored in every game, a feat that had only been achieved by Cristiano Ronaldo. Antony has been delightful on the right-wing, providing 4 assists so far making him the second-highest assister in the Champions League. Captain Dusan Tadic has gone from strength to strength and has been crucial in maintaining control of the midfield and providing fantastic leadership and chances for his team to attack. Ajax has proven itself as a top side once again and shows the potential to go all the way.

Who will take the crown?

There are several strong candidates capable of winning the Champions League this season. Chelsea were the winners last year and have done what all great teams do and have added quality to their squad in the form of world-class striker Romelu Lukaku. They were looking in strong form winning 4 out of 5 of their games and should have finished at the top of their group but a poor defensive display saw them draw 3-3 to Zenit in their final game, putting them second and now more likely to have a difficult fixture next time out.

Liverpool is as electric as always, providing a spectacle with each performance. Winning all 6 of their group stage games with wins home and away against a strong Atletico Madrid side is not something to shy away from. Their talisman, Mohammed Salah, has carried his domestic form into Europe, scoring 7 goals so far in the Champions League and shows no signs of stopping. Alongside Salah playing some of his best football, midfield maestro Thiago has started to pull the strings of the Liverpool team in a similar format to how he performed at Bayern Munich. Trent Alexander-Arnold seems to have taken the competition for England’s right-back position seriously, providing chances from deep while improving his defensive game.

The German machine, Bayern Munich, have been absolutely phenomenal yet again and won all 6 of their group stage games. After Robert Lewandowski’s omission from the illustrious list of Ballon d’Or winners this year Bayern seem to have made it their mission to show that their star man is more than deserving to win the trophy after a decisive 3-0 victory against Barcelona. Bayern has been prolific in front of goal. Lewandoski is currently just behind Haller in the goal-scoring charts with 9 goals, backed by an ever consistently solid team supplemented by goalscoring threats with Leroy Sane, Thomas Muller, and Serge Gnabry will be a force to be reckoned with.

Spanish giants Real Madrid are in fine form this season, sitting on top of La Liga and of their group. Winning 5 of their 6 games, with a shock 2-1 loss to FC Sheriff at the Santiago Bernabeau, they are presenting themselves as a major competitor under Carlo Ancelotti. Real Madrid has been superb in front of goal with Karim Benzema scoring 5 and Vinicius Junior scoring 2 and assisting 3. Despite losing both their Centre Backs (Raphael Varane and Sergio Ramos), they reinforced their defence with versatile veteran David Alaba from Bayern Munich, and with Luka Modric, Toni Kroos, and Casemiro still at the top of their game, they should make it the latter stages of this competition.

As mentioned earlier, either PSG or Manchester City could win the Champions League this year. PSG have a Rolls Royce of an attack with Lionel Messi, Kylian Mbappe, and Neymar all three capable of giving any defence nightmares. Manchester City has an illustrious squad mixed with youth and experience, such as Phil Foden, Bernado Silva, and Kevin De Brunye, all guided by the tactical genius Pep Guardiola. These two financial powerhouses will be throwing everything they have got at the Champions League this year in an attempt to win it for the first time in their history.

Atletico Madrid has a quality team but has been below par in La Liga (currently 10 points behind Real Madrid) and the Champions League this season. Their usual defensive superiority has not been effective this season with a -1 goal difference in the Champions League being evidence of that. While they have the capability to beat anybody on their day, I feel as though their lack of form and consistency this season will see Diego Simeone’s men fall short yet again.

Will there be a new Champion of Europe?

This year’s Round of 16 is full of exceptional teams and surprise inclusions who are capable of toppling the big names in football. Many of them have won the tournament before but there are a few which have not (Manchester City, PSG, Sporting, RB Salzburg, Villareal, Atletico Madrid and Lille). Realistically of these teams there are only two that have the potential to lift the Champions League trophy and they are Manchester City and PSG.

In my opinion, the winner of this year’s competition will be Bayern Munich. After not bringing the Ballon D’or home in the last two years despite winning the treble in the 2019/20 season and Lewandoski putting out ridiculous numbers between 2019-2021 (109 apps, 130 goals, and 22 assists in all comps), Lewandoski and co will be feeling chastised and looking to prove themselves as the best club with the best player.

The stage is set and football fans will be waiting in anticipation for the draw to decide the Round of 16 fixtures on Monday 13th December which the first legs are scheduled to be played on 15/16/22/23 February.

Follow all information on the time and date for the draw and fixtures. 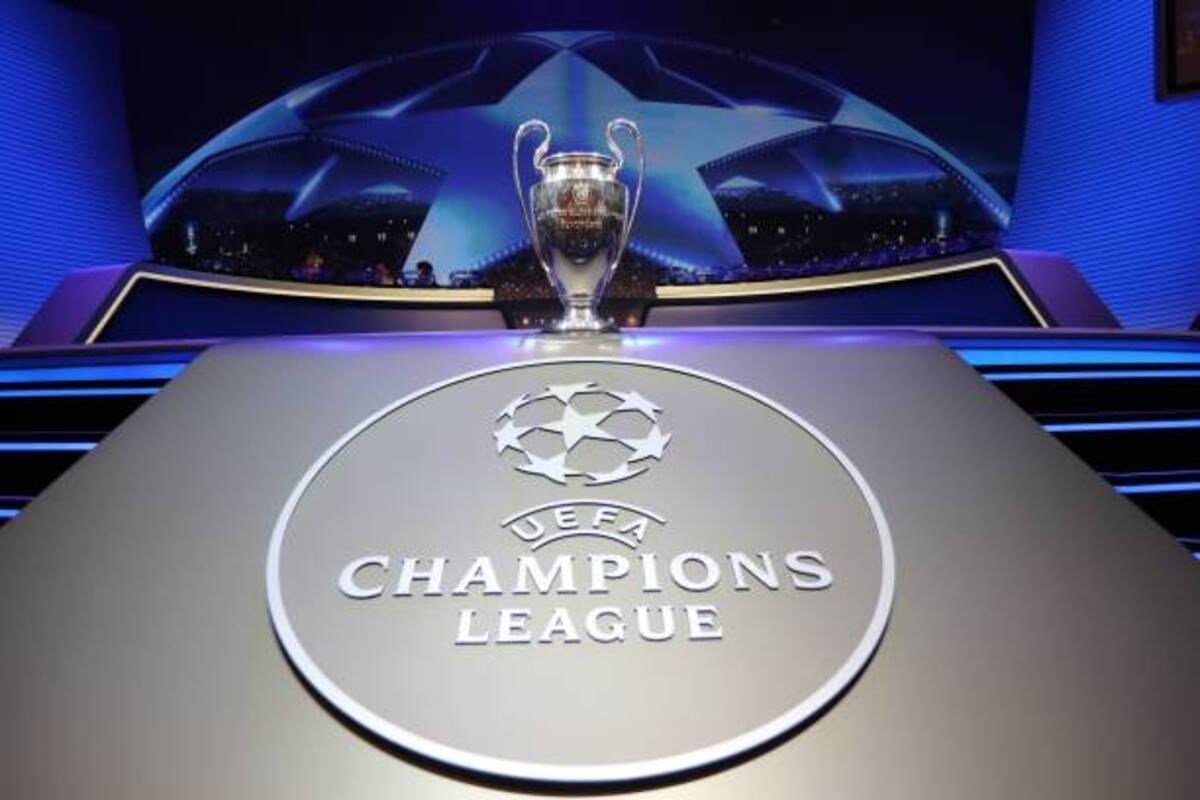