The 22-year-old french International had rejected transfer pursuits from Tottenham Hotspur earlier in the window as he considers Spurs as an unattractive option due to them not being able to qualify for Champions League. The reports coming out now are stating the Bleus have agreed on Kounde’s Personal terms and wage structure, which leaves us with only a transfer fee to be decided with Sevilla.

Chelsea has handed out a five-year contract that will keep Kounde at the club until 2026, the talks with Sevilla have reached advanced stages and a potential swap deal including fringe Chelsea stars such as Kurt Zouma and Emerson is being touted.

Kounde, a Bordeaux academy graduate was awarded his first senior team appearance back in 2016/17 when he made his debut in a cup game against Granville. In the 2017/18 season, an injury meant he was to be sidelined for the first 19 games but he emerged in the latter part of the season making 16 starts of 18 leftover matches, not bad for a player who was still in his teens.

The 2018/19 campaign saw Kounde becoming a defensive stalwart for Bordeaux, though they have finished 14th Bordeaux only conceded 42 goals and are the 4th best defensive outfit in Ligue 1.

His glaring performances caught Sevilla’s eyes and grasped the chance to buy the talent for a Bargain €25 million in 2019. At Sevilla his rise was astronomical, In his first season he played in 40 matches including each minute of the Knockout Europa league action, he performed admirably as they defeated the Italian Giants Inter Milan in the final to lift the Europa League trophy.

Kounde is now one of, if not the best young central defenders on the planet, who will also represent Chelsea’s first major bit of business in the summer transfer window. Despite his tender age, Kounde has already racked up 159 first-team appearances to his name including his experience in European competitions.

Kounde has got all the elements to become a top-class Modern centre-half, he’s quick, intelligent and aerially strong. He’s very capable at playing out from the back and possess a wide range of passing skills. Famous for his astounding clearances, the Frenchman is also very strong aerially.

He’s also a very versatile defender, can play on the left or right of back-three or as a full-back in a back-four due to his excellent recovery speed.

The attribute which sets him apart from other decent central defenders is his ability to progress the ball with his dribbling this opens up the spaces for the attackers to exploit. He’s completing 1.2 dribbles per 90 which rank him in the elite 2% of defenders( including full-backs). The below heatmap will show you his attacking endeavours:-

Chelsea’s defensive solidity and build-up play from the back were the key reasons for their upturn in form and Champions League glory, now Tuchel is looking to add more quality to his defensive roster.

The Blues are hoping to win the Premier League title next season and defend their UEFA Champions League title, thus providing bolstering their squad is an absolute necessity for Thomas Tuchel.

With Captain Azpilicueta and Thiago Silva reaching the wrong end of their thirties, It’s high time for Chelsea to recruit the next leader in defence who can marshall their backline of talented players.

A mass exodus is currently underway at Chelsea with Tomori, Giroud and Victor Moses all offloaded for an aggregated fee of £41 million, It’s understood that Marina Granovski is arranging the funds for a Blockbuster late move for Erling Haaland from Borussia Dortmund.

Some more players who can be sold or moved out include Tammy Abraham, Hudson-Odoi and Kurt Zouma, any kind of money recouped from these transfers would be used to strengthen the key areas in the squad.

On the other hand, Sevilla is doing some smart and thrifty business as they have already acquired Erik Lamela and Mark Dmitrovic without even spending a cent in transfer fees, some very canny swap deals which would maintain their competency and financial strength for years to come.

The Sevillistas have already received some very handsome money from Tottenham for their young prodigy Bryan Gil and now they are set for another windfall through Kounde transfer which would place them in an even superior position financially than the fellow Spanish rivals who are struggling to balance off their books.

If the money is invested properly, Sevilla could even challenge for the La Liga title in the next seasons. 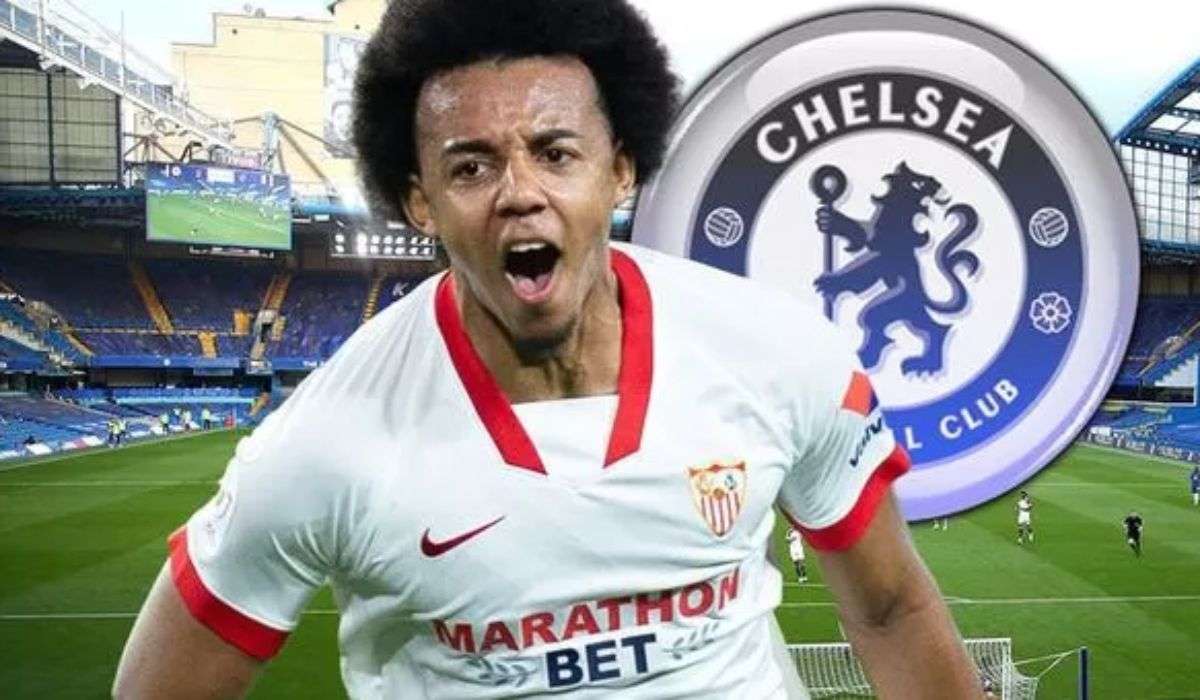