Every sport needs a transcendent athlete like Jon Jones. He’s the guy who casual fans name if a street reporter requests the name of a participant. If asked to name their favorite footballer, those who don’t follow the sport will almost always answer with Cristiano Ronaldo. Ask someone who’s never watched Wimbledon name their favorite tennis player and they’re sure to reply with Rafael Nadal or Serena Williams.

For a long time, mixed martial arts’ transcendent athlete was Conor McGregor. He was boisterous, charismatic, and most importantly, he was good. However, McGregor hasn’t been himself since losing to Nate Diaz in March of 2016. He’s lost three of his last six fights and four out of seven if the spectacle against Floyd Mayweather counts. (It was a circus designed to create a windfall for everyone involved).

Dana White’s UFC now finds itself in a somewhat uncomfortable position. The organization is more popular than ever but it’s biggest draw no longer looks worthy of a title shot. The question then becomes, who will step up and fill the void as the sport’s transcendent star? The answer is none other than former light heavyweight champion Jon Jones.

Jones recently announced his plans to become a heavyweight

Jon Jones is already an MMA legend. The lone loss of his career came about because of a disqualification, he became the youngest champion in the history of UFC in 2011, and along the way, he’s provided multiple highlight-reel knockouts. In the world of combat sports, he is revered. But how well is he known by the mom taking a break from the kids by enjoying an afternoon at Hay’s Galleria? Chances are if pressed to name a mixed martial artist her reply would be Conor McGregor.

That’s why Jones’ announcement on August 17th was enormous. After holding the light heavyweight title for almost five years without interruption, he declared that he was vacating the belt. He also informed the world that he would be moving up to heavyweight immediately, abandoning the division he had dominated for so long. The news sent shock waves throughout the sport and grabbed the headlines of every sports telecast in the world.

Anyone who followed Jones’ career knows that he has always been a highly conditioned athlete. Competing against the heaviest fighters in UFC would mean putting on an additional 20 pounds. While less disciplined men may have simply frequented the buffet in order to gain weight, it came as no surprise when Jones emphasized he would be adding strictly muscle with no plans to increase body fat. Well aware that this would mean a prolonged absence from competition, he stated that his transformation would take at least six months.

The legendary Bob Marley once said, “You have to be someone.” It’s a simple phrase that carries a world of truth. Professional sports is as much about entertainment as it is about competition. The fact is that society has always been enamored with large fighters. Sugar Ray Robinson may be considered the best pound for pound boxer ever, but there are at least ten heavyweight boxers in history more well known than him. The heavyweight division, in any combat sport, will always carry the biggest headlines and draw the most attention.

Whether Jon Jones wants to admit it or not, his move up to the heavyweight division of UFC is as much about prestige as it is about the transition. Although he may have grown bored with the division he’s dominated for a decade, moving up to heavyweight isn’t just a challenge. It’s a move from grit to glory.

With the move to heavyweight, Jones could soon find himself as a mainstay in pop culture. When internet phenom Kimbo Slice took his talents out of the alleys and into the octagon, his name spread like wildfire. Suddenly he was being mentioned in countless rap songs and being interviewed by legitimate news outlets that wouldn’t have given him any press just months prior. The legend of Kimbo Slice took on a life of its own and his name became a symbol of ferocity before his unexpected death.

The same can be said of Brock Lesnar, who made a name for himself in UFC before moving on to Vince McMahon’s WWE. Lesnar has successfully marketed himself beyond the world of combat sports, landing cameos in movies while his posters serve as the home decor of choice for college kids playing World of Warcraft in between studying for exams.

The fact is while these two men developed a cult-like following, neither of them were the fighter that Jon Jones is. If his move to heavyweight is successful and he eventually becomes champion, Jones could become a figure of mythical proportions.

Filling the void left by past stars

Anderson Silva had an epic reign but he’s well past his prime not; Khabib Numragomedov recently retired and no one would be surprised if Conor McGregor retired again. The stage is set for Jon Jones to become the biggest draw in the history of MMA and the sport’s transcendent star.

Dana White is well aware that recent events have left a huge vacuum that his organization needs to fill in a hurry. Anderson Silva is a living legend and is still revered by mixed martial arts enthusiasts. However, he hasn’t been the same since the gruesome leg injury he suffered in 2013 and is no longer a box office draw. Khabib’s papakhas hat will be sorely missed, but he’s made the decision to ride off into the sunset. Conor McGregor has retired twice before; no one would be shocked by the third retirement from him. The fact is, someone has to become the marquee name UFC depends on to carry the brand forward.

Jon Jones is the man for the job. He’s yet to announce his first opponent in the heavyweight division but the training videos he’s posted to social media are scary. A man who’s dominated the sport for more than a decade is training harder than he’s ever trained in his life to add muscle and power to his frame. That thought alone should be enough to get even the most casual fan excited. If history is any indicator, Jones will come back stronger and more devastating than before. If that’s the case, UFC doesn’t have to worry about searching for their next transcendent star; they already have him. 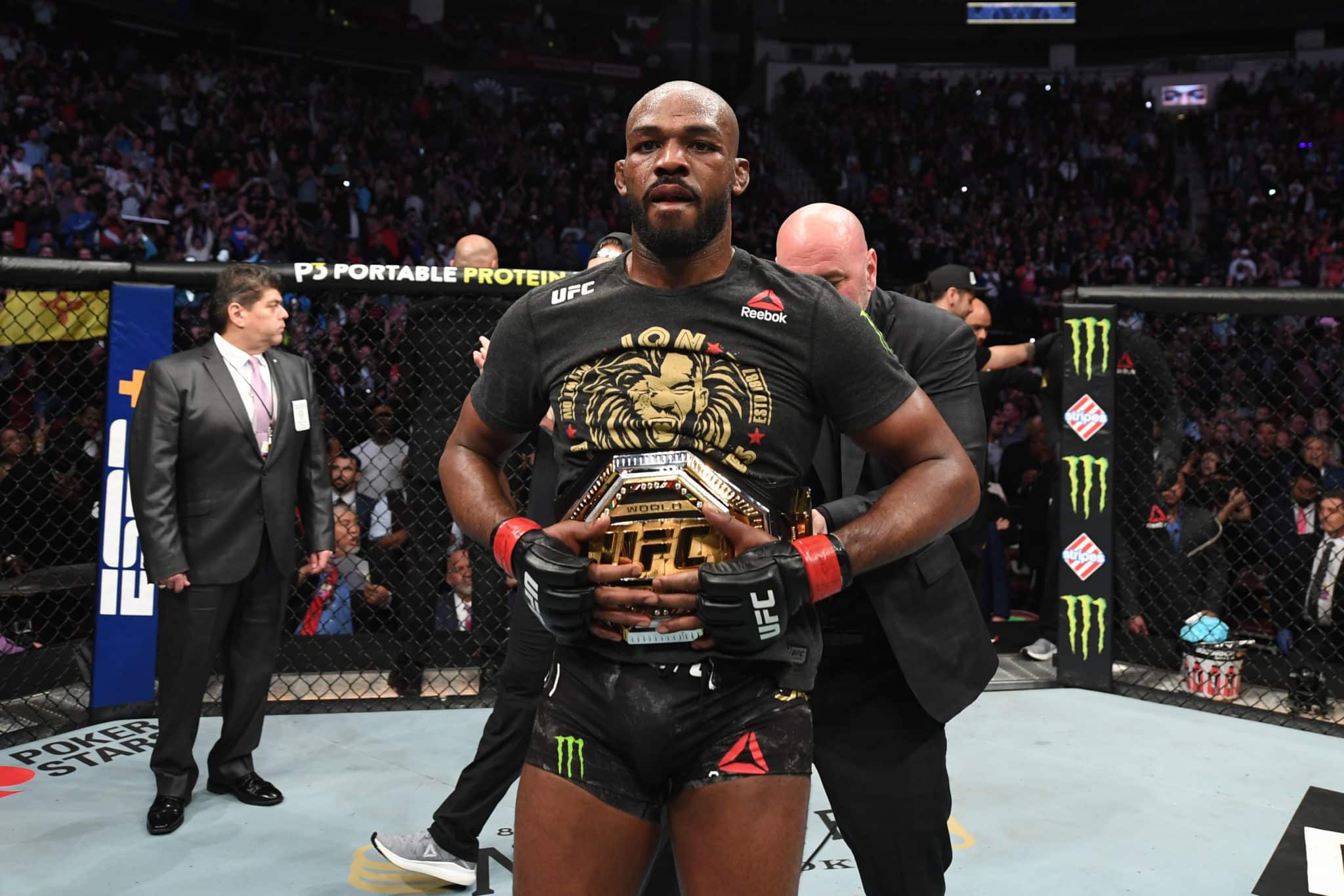