On March 11th he predicted he would score a hat trick.

In what will be known as CR7’s shining moment for Juventus, the team needed three goals to come back and advance on aggregate as Atletico Madrid had won the first leg 2-0. It was his eighth hat trick in the Champions League and also added to his tally of 62 knock out stage goals in the competition.

Many have said this competition was the reason for the Italian giants to sign Cristiano. As supporters were on edge seeing that the team needed three goals just to advance,  Ronaldo put them at ease and predicted he would score three and at the end of the night that was exactly what he accomplished.

He scored his first goal on a header in the first half to put Juventus up 1-0 at the half.

As the second half  began Ronaldo was once again able to get his head on another beautiful cross but the Atleti goalkeeper made a beautiful save to keep it out, but as the video replay showed the ball had crossed the line and Allianz Stadium was in euphoria as the aggregate became 2 for both sides. In the 85th minute with the game looking to possibly go into extra time Juventus was awarded a penalty. There would be no doubt on who was going to step up to the spot for the shot and as was expected Ronaldo scored his third goal of the game to help Juventus advance in the Champions League

It is moments like this game and in this competition previously where the argument could be made that we are witnessing possibly the greatest footballer of all time. 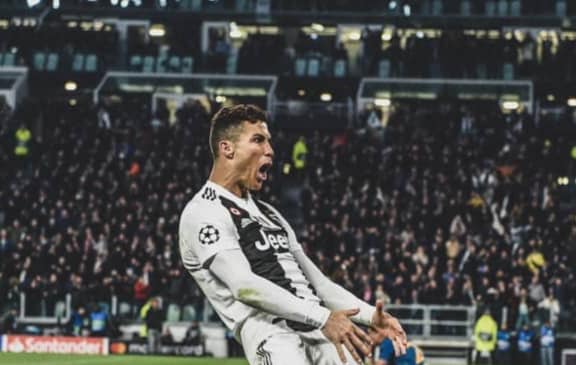