The greatest and oldest domestic Rugby competition closes its curtain on its 2020/21 season this Saturday, where the Blue Bulls are due to host The Sharks as the two sides contest in the Currie Cup Final at Loftus Versfeld, Pretoria. After a long round-robin group stage, The Blue Bulls topped the competition, whereas The Sharks finished third on the log, making The Blue Bulls head into this weekend’s Currie Cup Final as firm favourites to lift the trophy.

The Blue Bulls hosted one of their oldest rivals in domestic rugby last weekend, with both sides eager to progress into the final. In an extremely hot Saturday afternoon at Loftus Versfeld, Pretoria came an extremely physical contest for both sides. The Blue Bulls got off to flying start scoring a try after 12 minutes to set a great tone for the first half. After an unsuccessful conversion, the more dominant Bulls had to wait until the 29th minute to adjust the scoreboard after a successful penalty kick to lead 8-0. On the stroke of half time, Blue Bulls fly-half, Morne Steyn, added another 3 points to take the Bulls 11-0 up into halftime.

Right after the start of the second half, Steyn again successfully converted another penalty to put the Bulls ahead by 14-0, and the contest looked to be heading towards a Blue Bulls whitewash. After the restart, the Lions scored a try to get them off the mark, and fly-half, Elton Jantjies added the extra two points to get the scoreboard to 14-7 to the Bulls. Not even a minute later, an amazing running try saw The Lions score their second try with a conversion to draw the score level at 14-14. Blue Bulls scored their second try of the game to take a 21-14 point lead, and a few minutes later scored their third try to lead 26-14 with less than 15 minutes left on the clock. The Lions managed to score a last-minute consolation try in stoppage time to leave the scoreboard 26-21; a little too late as The Blue Bulls were victorious and also get to host the Currie Cup Final this season.

The traditional coastal derby between Western Province and The Sharks has always lived up to the high expectations. After the Blue Bulls victory, it was confirmed that the second Semi-Final was set to be the last Currie Cup fixture at Newlands Stadium, Cape Town. The game started very quickly, and The Sharks managed to slot over an early penalty by kicker, Curwin Bosch to lead 3-0. Shortly after, Bosch extended The Sharks lead to 9-0 with another two successful penalty kicks. After thirty minutes, Western Province managed to score a penalty of their own, making the scoreboard read 9-3. Just before halftime, Western Province kicker, Tim Swiel converted another penalty, as the halftime score read 9-6 to The Sharks.

As the referee began the second half, Western Province got the first points in the half through another penalty, levelling the scores and bringing excitement to the last semi-final of the weekend. However, Sharks fly-half, Curwin Bosch managed to successfully slot a drop goal, putting The Sharks back in front, leading 12-9. The game continued to live up to its standard as both teams defences were unable to crack. With just under 10 minutes left, lock forward, Juan Van Der Mescht drove over the line to score the game’s first try, and with a successful Curwin Bosch conversion, The Sharks went up 19-9 and secured the victory and their place in The Currie Cup Final.

Currie Cup Finals History between The Blue Bulls and The Sharks:

This weekend will see the very first Currie Cup Final played in an empty stadium; with both sides having all to play for, it’s a challenging encounter to predict. Both sides are fully capable of beating any side on their day, so depending on the side who displays superior discipline and determination, will inevitably lift The Currie Cup Trophy. The Blue Bulls have a dominant forward pack, whereas The Sharks have an exciting backline; it all depends on which side can fine-tune their game plan on Saturday’s fixture.

I back and route the underdog, The Sharks, and believe they will be able to beat the home side by a close 5 points for this weekend’s Currie Cup Final.

What are your Currie Cup Final’s predictions? 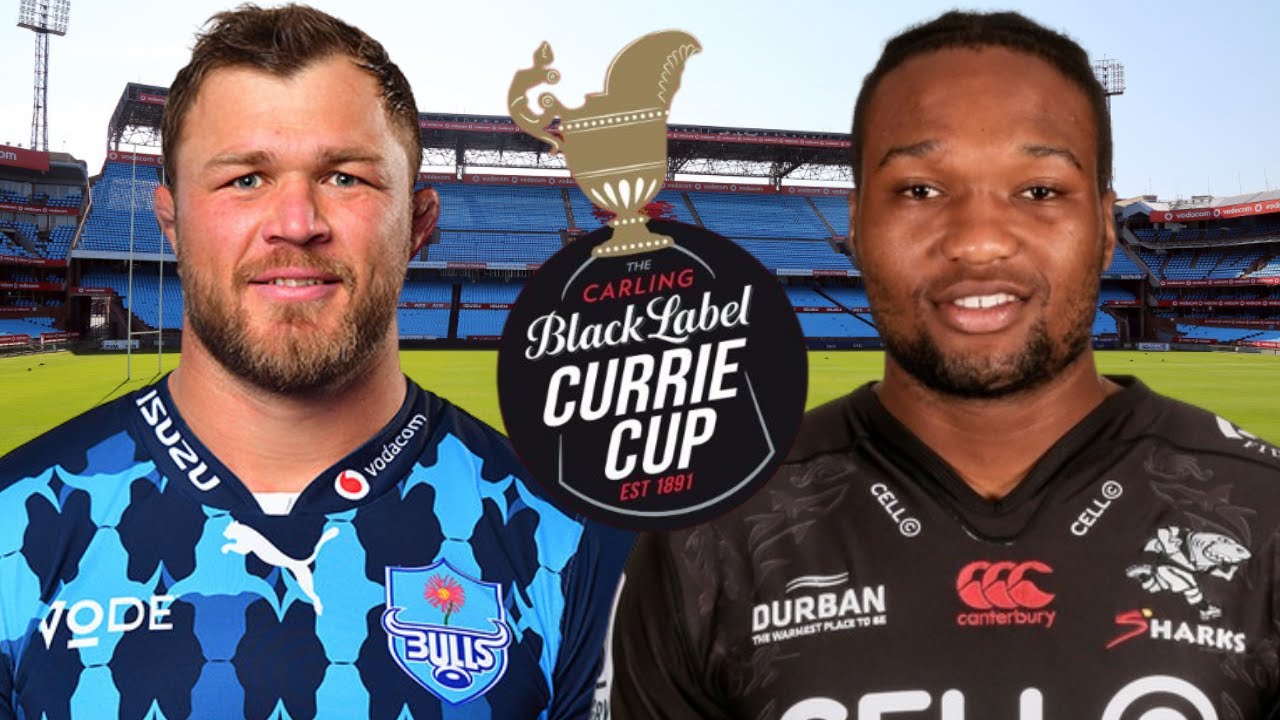