Day two of the NFL draft is now in the books, and as was with the first round there were plenty of winners and losers. For teams that underwent a change at the top, both the free agency period and these first two nights have given a glimpse at what their new identity will be. Let’s take a quick glance at day two, and how teams fared in the second and third rounds.

Day two of the NFL draft led off with a flurry of trades, as 14 picks traded hands 15 times. This round saw the Jacksonville Jaguars secure their fourth player by the 45th pick. Meanwhile, the Chiefs, Rams and Seahawks all saw their first picks of the draft. Here’s just a few of the winners and losers of the second round on day two.

The Chiefs traded their first round pick for Orlando Brown, so they didn’t have a pick until day two. As a matter of fact, their first pick was the 58th of the draft. Yet, somehow they were able to pick up one of the top LBs and potentially the top C in the draft.

Their first selection of the round was LB Nick Bolton, a speedy sideline to sideline player and explosive tackler. Its shocking he made it to day two, but the Chiefs are happy since he fits perfectly. At #63 they picked up C Creed Humphrey, a great pass protector who didn’t give up a single sack in his college career

The Browns secured the best the best player of day two, someone who could have easily been selected in the middle of the first. The thing that makes selecting Jeremiah Owusu-Koramoah that much better for the Browns is the fact that they needed to bloster their LB core really badly. Owusu-Koramoah will come in and make an immediate impact, as his versatility can be utilized on all three downs. He might just be the steal of the draft.

It was tough choosing between the Raiders snatching Trevon Moehrig with the 11th pick or the Giants stealing Azeez Ojulari with the 18th pick of day two. In the end, I gave this to the Giants because they traded back and still ended up with my favorite ER in the draft. Ojulari joins a strong DL on a good defense, he should make them a lethal.

I need to make this clear, I am not a Packers hater. I like watching the Packers play, but they sucked in the first two rounds of this draft. Yes, this time they got a C to help protect Rodgers and replace Linsley, but they over reached on that C by a couple of rounds. To make matters worse, the best C in the draft was taken the very next pick.

Russell Wilson wants out of Seattle because they have done a poor job of getting an OL to protect him. So what do they do? They get him another speedy WR to throw to while he gets pounded into the turf. Don’t get me wrong, D’Wayne Eskridge is super talented and is a good fit as Lockett ages, but they really needed one of the many stud OTs left at that time.

Not only did it take them until day two to get their first pick they also minimized its impact. They have just lost two key members of their secondary to free agency and there were several strong options to fill those holes. Instead, they feed into their strength at WR with a Cooper Kupp style player. They waited too long for a missed opportunity.

The second half of day two had a lot less trades, but 10 extra conditional picks to close the round. The Vikings had four or those and the Cowboys had three, however, that doesn’t necessarily mean they drafted better then their competition. Meanwhile, the Houston Texans made their first selection of the draft. Browns fans were targeted viciously in this round, as DMC dominated them on the way to presenting the Steelers pick and former Raven Jacoby Jones taunted them with his Super Bowl ring. Here’s a little of what happened in the third round.

The Broncos had two picks (one compensatory) and nailed both. Despite having to wait to #98 for their first pick of the third, they easily got two of the top ten players selected in the round. What’s more, they both fill needs on the team.

Center Quinn Meinerz was their first selection, and potentially the best player available in the round. He helps to sure up the OL and should provide great downfield blocking for Melvin Gordon. Their next pick was very special, in my opinion. I love Baron Browning becoming a member of Fangio’s team. He has all of the tools to be a superstar LB if molded correctly, and there is no one in the league better then Fangio at that.

Washington also had two picks in the third round, and like the Broncos, they connected on both, With their first pick of the round they added a playmaking CB in Benjamin St-Juste. He should rotate in nicely with the NFL’s new best defense. He wasn’t even their best pick of the round, however. Washington got Fitzmajic the explosive downfield threat he was lacking in WR Dyami Brown.

The Panthers were yet another team with two selections in the third round of day two. They used both of these selections to add significant blocking and protection for Sam Darnold and CMC. Brady Chrisensen did well in keeping Zach Wilson upright and blocking for the run, and with strength training and conditioning, should transition well into the NFL. Meanwhile, Tommy Tremble is an explosive blocking TE, who will surely create great mismatches down the field for CMC. The Panthers have given Darnold everything he needs to run an electric offense this year.

They had three picks in this round and might have gotten one useful player. Osa Odighizuwa should bring a strong presence at the center of a DL that needs a ton of improvement. The other two selected, however, will probably not see any significant playing time, even on a defense as bad as the Cowboys. They were focused so much on trying to improve a drastic weakness that they over reached twice.

Ben Cleveland should be a decent addition to their OL, and help open holes for Dobbins and company. However, he isn’t a “wow” pick in my opinion. Their second one was, though not in a good way. The Ravens over reached and drafted into a strength.

Another round with a late single pick after missing their first, and another missed oppertunity on day two. They once again did not address their biggest need. To make matters worse, they also didn’t even select the best player available at the position they selected. Maybe they can salvage this draft in the late rounds.

The Green Bay Packers finally landed a big play WR for Aaron Rodgers in the third, and the Cincinnati Bengals got Joe Burrow some protection at G. The two teams from LA are heading opposite directions as the Chargers seem formulaic and the Rams seem lost. The Jacksonville Jaguars descion making process seems to be getting worse as the draft progresses, while the Jets have maximized their early position.

The Cleveland Browns are having themselves a great draft with homefield advantage, as their fans boo every Steeler (and soon to be Raven) representative that approaches the stand. The Philadelphia Eagles, Chicago Bears, Carolina Panthers and Miami Dolphins also appear to be nailing each pick. The Patriots continue to wait and have great players fall to them. Jeremiah Owusu-Koramoah will be the steal of the draft.

The Atlanta Falcons continue to not address the CB position, meanwhile, the Detroit Lions continue to overlook the fact that they need someone for Goff to throw the ball to. Chucky continues to baffle us, as the Las Vegas Raiders rotate long reaches and steals. The New Orleans Saints continue to draft like Taysom Hill is truly the answer.

The Lazy Boy has now had at least 108 butts sit on it within the last 48 hours. “Sweet Caroline” continues to be the anthem of the 2021 NFL Draft. 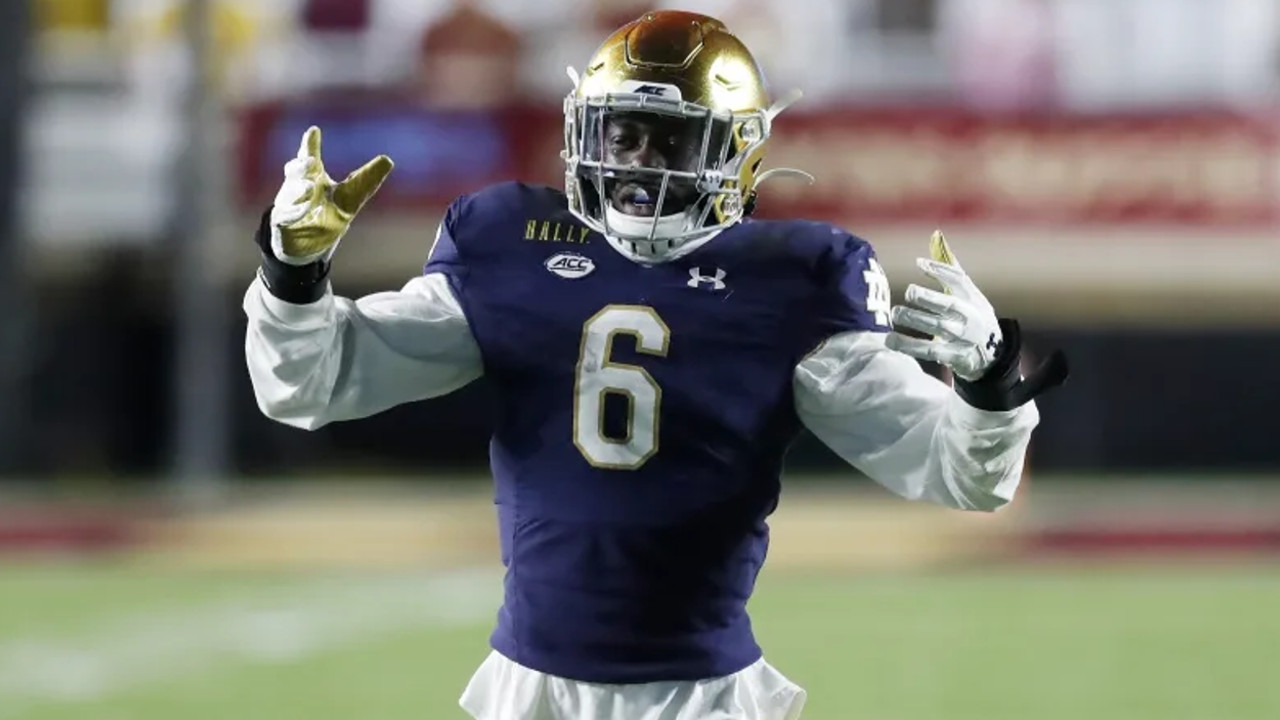