The Championship remains one of the most hotly-contested leagues in the world, with an ever-changing cast each year. Teams are always keen to add players to their sides in the hope of putting themselves in the best position come the end of the season.

With just over one week till the January transfer window closes, we take a look at all 24 clubs’ record signings and see what they are up to now.

One of the oldest records that is yet to be broken, newly promoted Barnsley spent £2.03 million on 21-year-old Macedonian Hristov in 1997. In a bid to keep them in the Premier League the forward could only manage eight league goals in his debut season with the Tykes as the club suffered relegation from the Premiership. Hristov’s career was very injury hit and he later would spend time in Holland, Scotland and Azerbaijan.

Having previously played for Leicester City and Liverpool, Birmingham signed Emile Heskey for a fee of £8.39m in 2004. Heskey would go on to have two successful seasons at the club where he scored 14 goals in 68 games. Part of the 100 Premier League goals club, the forward would later move to Wigan Athletic and also play for rivals Aston Villa.

A prolific striker at the elite level, Cole joined Rovers from Manchester United for a fee of £10.98 million in 2001. Third in the all-time Premier League top scorers, Cole would go onto play 83 league games for Blackburn and score 27 goals. He was also part of the side that finished 6th and qualified for the UEFA Cup in 2002. Cole was later sold to Fulham and also had a brief spell at Manchester City.

ALSO READ:  The Championship transfer window: What has happened so far?

Following their first-ever promotion to the Premier League, Blackpool broke their record transfer fee for Leicester forward Campbell. The Seasiders spent £1.35 million in 2010 for Campbell and he would go on to have a successful individual season where he scored 13 goals in 31 games. Blackpool were relegated in their only year in the top flight and Campbell moved to QPR the next season.

One of the most expensive players on this list, Bournemouth splashed £25.2 million on midfielder Lerma. Arriving from Levante in 2018, he is still currently at the Cherries and has played 125 league games. He has been an important part of Scott Parker’s side this season and could play a key role for the remainder of the season.

Leaving Chelsea at the age of 26, Kalas was able to make a permanent move to Bristol City in 2019 and cost the Robins £8.1 million. Following loan spells in Czech Republic, Holland and Germany, Kalas made his name in England with Middlesbrough and Fulham. Following a successful loan spell at Bristol City they made the deal permanent and Kalas has become an ever present, playing 101 times for the club.

The late Emiliano Sala remains Cardiff’s record signing. He was purchased for £15.3m from French club Nantes in 2019 but would never make an appearance for them. He tragically passed away during a plane crash whilst travelling from France.

Bellamy’s arrival from Norwich in 2000 for £8.33m remains Coventry’s biggest fee spent on a player. The winger had a tricky time at the Sky Blues and could only manage six goals in 34 games. His side were also relegated finishing 19th in the Premier League. Bellamy moved onto Newcastle United the next season and holds the record for playing for the most Premier League clubs (seven.)

One of the most prolific strikers in this division, Vydra arrived from Watford in 2016 for a fee of £8.46 million. He won the Championship Golden Boot after scoring 21 goals 2017/18 season and was named in the PFA Championship Team of the Year that season. Vydra played 76 times for Derby and scored 26 goals. He left the club in 2018 to join Burnley, but is mostly used as a back-up striker there.

The most expensive signing amongst Championship clubs, Seri arrived from French side Nice for a staggering £27 million in 2018. Part of Fulham’s £100 million spend, Seri failed to set the world alight and was involved in the club’s disappointing season and relegation back to the Championship. Having had loan spells at Galatasaray and Bordeaux, Seri now finds himself a key player in Marco Silva’s side and has registered six assists this season.

Kongolo, who joined Huddersfield on loan in January 2018, made the deal permanent in the summer following the club’s survival in the Premier League. The Terriers spent a club record £18 million to sign him from Monaco and he would go onto make 56 appearances. The defender moved to Fulham in 2020 but injuries has meant he has only appeared in two league games.

Arriving from Tottenham in 2016, Hull City spent a record £13.86 million on midfielder Mason. He would go on to make just a handful of appearances for the Tigers however a sickening clash of heads with Chelsea’s Gary Cahill resulted in Mason suffering a career-ending skull injury. He had to retire from the game at just 26 and start a coaching career. Mason had a brief spell as Spurs interim manager and was in charge for their EFL cup final last year.

Make sure to look out for part two which involves the last 12 Championship clubs. 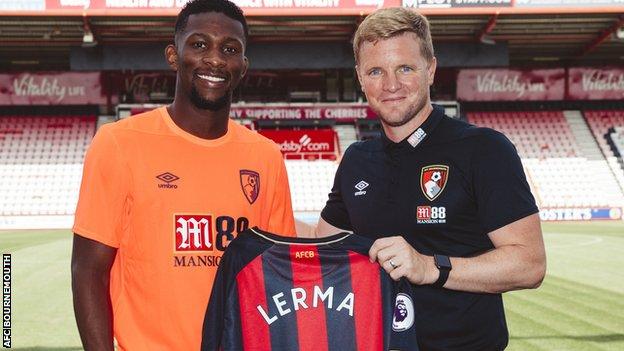