The EFL Cup for the 2022/23 season got underway this week, with 70 clubs across the EFL Championship, League One ,and League Two taking part in Round 1. Promoted sides Stockport County and Grimsby Town take part in this year’s competition, on their return to the Football League, with Norwich City also taking part in Round 1 once again after relegation from the Premier League in 20th position. With many sides putting out what can be seen as a weaker and perhaps less experienced team in the competition, it provides the chance for players to get game time and attempt to gain a starting position. This also opens the door for cup upsets, which would ultimately be seen in this round of fixtures, with these selected games being some of the best…

League Two Barrow held Championship Blackpool all the way to penalties, eventually beating the tangerines 3-4 in the shootout, to cause the upset of the Round. A strong Blackpool team couldn’t find a way past a resilient Barrow side, who thought they won it earlier in the shootout through a Paul Farman save, however, the referee ordered a retake, which was ultimately scored, delaying the celebrations of the travelling Barrow fans. However, Blackpool midfielder Lewis Fiorini, on loan from Manchester City, put his penalty over the bar, finally confirming a historic Barrow win.

Newport County produced an impressive comeback against Luton Town, to dump another Championship side out of the EFL Cup and cause another cup upset. The League Two side went behind after 30 minutes after Carlos Mendes Gomes put the Hatters ahead, but a quick response from County cancelled this out after 21-year-old Lewis Collins brought Newport level. Luton went back in front early in the second half, with Tom Lockyer getting on the score sheet, but once again Newport levelled immediately after, with Chanka Zimba on loan from Cardiff City bringing the score to 2-2. Luton Town was the more dominant team, however, Newport’s James Waite put the Welsh side 3-2 up at Kenilworth Road, eventually seeing out the win to knock out another Championship side from the competition.

Oxford United came back from 0-2 down to beat Championship side Swansea City on penalties in the EFL Cup, setting up a Second Round tie against Crystal Palace. The Welsh side took a 0-2 lead into the break, with Jay Fulton and Liam Cullen putting the Swans in control. However, after Alex Gorrin got a goal back for the Yellows in the 72nd minute, up stepped Cameron Brannagan in the 93rd minute of the game, who scored a free kick to send the game into penalties, which Oxford United won 5-3, to be the next team to knock out a Championship side in the first round.

ALSO READ:  Why has the Frankie de Jong transfer saga rumbled on for so long?
Embed from Getty Images

Many other Championship clubs were knocked out by lower league opposition as well as those above. Stoke City were knocked out by Morecambe on penalties, whilst QPR suffered the same fate of the penalty shootout against Charlton Athletic. Stevenage knocked out a particularly inexperienced Reading side, whilst Bradford knocked Hull City out of the EFL Cup at home. Fleetwood Town, who recently appointed former Celtic captain Scott Brown, knocked out newly promoted Championship side Wigan Athletic. Another notable result was Exeter City’s 0-7 thrashing of Cheltenham Town away from home, to progress to the Second Round.

ALSO READ:  Who is the best English manager in the Premier League? 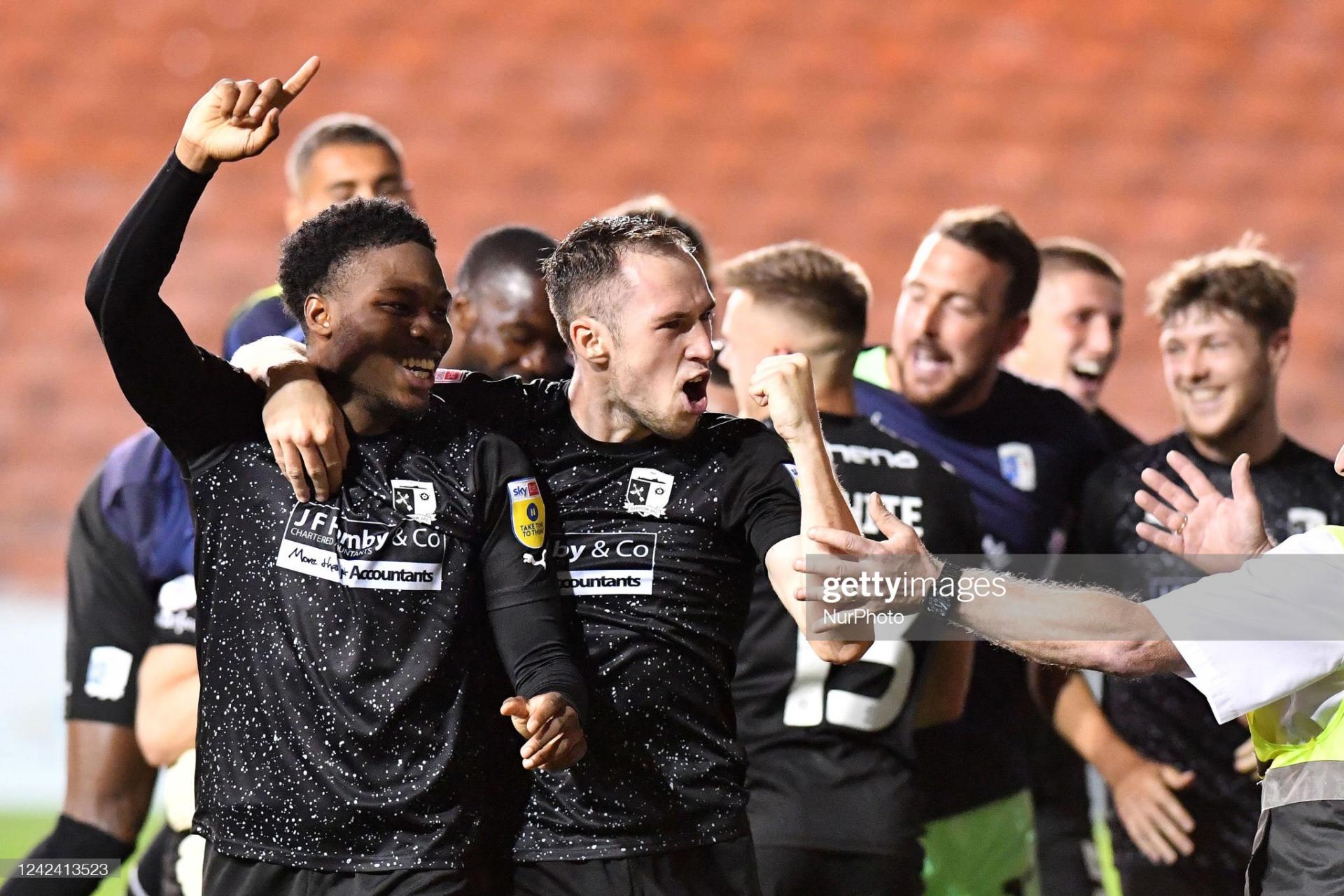