The first El Clasico of the 2016-17 La Liga season is shaping up to be a very decisive one for FC Barcelona. The Cules are already six points behind Real and a loss on Saturday at Camp Nou will almost end their title hopes. A win, on the other hand, will reduce the gap to three points and keep them in the race for the La Liga title.

Barcelona have not hit full gear this season. The team has been plagued with injuries, with many key players missing important fixtures. They drew their last two games and their performance at Anoeta Stadium against Real Sociedad was very poor according to their own standards.

Luis Enrique, at the post match press conference against Sociedad remarked that the performance at Anoeta was their worst since he joined Barca as the coach. Defender Gerard Pique also voiced out his concerns that it would be difficult for Barca to retain their title if they continue their lackluster performance.

Although injuries to his key players left Enrique with limited options, his selection of the main XI has also come under criticism. Rafinha, who scored five goals for the team at crunch moments during the season, has been opted out for Denis Suarez or Andre Gomes in most cases for the starting XI by Enrique .

The midfield lacks the magic that Iniesta usually brings. Busquets is yet to deliver fully and the new signings of this summer, Denis Suarez and Andre Gomes have not been able to fill up the shoes of Iniesta. Up front, Neymar and Suarez have lost their goal-scoring edge with Messi being the man solely responsible for scoring.

A dissection of the last few games indicates that Messi has been the deciding factor for the wins and without his goals, the team would be in quite a deplorable state in the league by now. The Argentine maestro leads both the goal-scoring and assist charts for the team. But it would be a big mistake for Barcelona to wait for Messi to deliver something magical in front of the home crowd at El Clasico.

Barcelona seem to depend heavily upon Messi this season and whenever he fails, the team also fails in their search for goals. Messi’s absence led to Barcelona drawing against Malaga. Luis Suarez, who was the top scorer for the team last season is going through a temporary drought. Neymar too is not lethal up front anymore.

However, despite all these woes, Barcelona do have positives heading into the first El Clasico of this season.

Iniesta will return from his injury on Saturday

Firstly, their captain Iniesta will be back from injury to face Madrid. Barcelona missed the magical presence of Iniesta till now and his absence has shown why he is still a vital figure for the team since the departure of Xavi. The fans have not forgotten his magnificent performance at Santiago Bernabeu last season. Not only did he score a screamer, but he was also applauded by the Madrid fans, a rare feat only accomplished by former Barcelona players Maradona and Ronaldinho. Iniesta’s return will give a huge boost to Barca’s midfield.

Secondly, Messi is the man to watch out on Saturday. He is having one of his best seasons so far with Barcelona and is hungry to score more goals. He will be a key factor in deciding the result of this match. Expect him to be on the score sheet of the match or be involved in the goals scored by Barca players in any capacity.

Thirdly, Barcelona will have the services of all the regular starters of the main XI on Saturday. On their day, this team can beat any side in the world. The defence has usually performed well and ter Stegen is growing more confident day by day. Iniesta’s return will shake things up in the midfield and MSN will be eager to prove why they are the best trio in the world at Camp Nou.

ALSO READ:  Derby County Free From Administration
A loss on Saturday might dash Barca’s hopes of winning the title

However, Barcelona’s task will not be easy at all. Real Madrid remain unbeaten in the league till now. Cristiano Ronaldo has returned to his goal-scoring habit recently. They will miss the service of Gareth Bale, their best player last season. Nevertheless, Madrid should be confident knowing that they beat Barcelona 2-1 earlier this year at Camp Nou, ending Barca’s unbeaten run of 13 games in the league.

The stage is set for the showdown. A fixture against their arch rivals will obviously rejuvenate the Blaugrana players. This is a do-or-die match for FC Barcelona. A win will surely kick-start that mission. But a loss will result in a nine-point gap and that lead might prove to be decisive towards the end of the season. 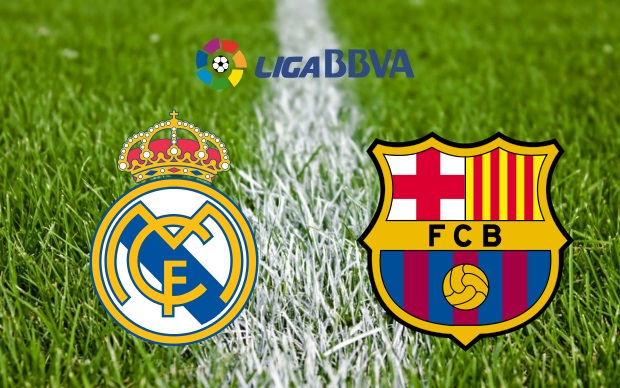