England were handed a historic group at the draw for the 2018 World Cup in Russia. The three lions will face Belgium, Tunisia and lowly Panama in the group stage. The draw as a whole divided opinion with some feeling that there were no groups that sparked genuine excitement for Russia 2018, while others felt that there were plenty of opportunities for exciting football in the early stages of the competition.

Group A sees the hosts of the competition Russia pitted against Egypt, Saudi Arabia and Uruguay. Russia who host Saudi Arabia in the opening game of the tournament will be hoping for a much better showing than they have managed in their last two major tournaments where they have failed to get out of the groups. This tournament will prove to be no different as they face three challenging sides. Egypt who come into the tournament with one of their main players Mohammed Salah in tremendous form, Uruguay who are always a threat with players like Luis Suarez and Edinson Cavani in their ranks and newboys Saudi Arabia who will be heading into the tournament with a nothing to lose attitude. Uruguay are expected to win this group with some ease but who finishes second could be a fascinating straight fight between Russia and Egypt.

Group B contains the most looked forward to game in the group stages as Spain and Portugal go head to head. The other two teams in the group are Morocco who have qualified for their first World Cup since 1998 and Iran who have qualified for their second straight World Cup finals. Despite this both Spain and Portugal are expected to romp through the group with the only question mark being who will finish first and second out of the two. However in football anything can happen and the two minnows of the group will be looking to cause one of the biggest shocks of World Cup history.

Group C is one that contains a few sides who have been consistently making the World Cup finals. The teams in this one are many people’s dark horses for the cup France, Denmark, Australia and minnows Peru. France breezed through their qualification group and with the squad they have amassed have a realistic chance of their first World Cup triumph since 1998. Both Denmark and Australia had to come through play-offs to book their places at the finals seeing off the Republic of Ireland and Honduras respectively. Peru have qualified for their first finals since 1982. This too has the potential to be an entertaining group with France expected to qualify from it comfortably both Denmark and Australia will fancy their chances of progressing as well.

Group D is arguably the most attractive looking group on paper for the neutrals. It contains two time winners and beaten 2010 finalists Argentina, Iceland, Croatia and Nigeria. All four of the teams in this group will feel they have a great chance of progressing. Argentina have the likes of Messi and Aguero to rely on but had a real struggle during qualification and only qualified in their final game, Croatia romped past Greece in a play-off, while Iceland and Nigeria have amassed some extremely impressive results in the last few months. Argentina and Croatia are the sides expected to make it through but Iceland and Nigeria will have plenty to say about that.

Group E is on paper another interesting looking one. It sees Brazil, Switzerland, Serbia and Costa Rica go head to head. Brazil and Switzerland are both regulars with Brazil qualifying for every World Cup since 1930 and Switzerland the last four. Serbia and Costa Rica are in comparison hit and miss. Serbia failed to qualify for both the 2010 and 2002 World Cup finals while Costa Rica have qualified for four out of the last five tournaments having previously missed out on every World Cup apart from Italia 90. Brazil who are one of the front runners for the World Cup are expected to progress easily while any one of the other three teams could easily find themselves in the knockout stages.

Group G is the historic group containing England. Gareth Southgate’s side will be extremely confident of making it through the group and England supporters do have reason to be confident this time. The only other World Cup regular in their group is Belgium who have made it to eight of the last ten tournaments. The other two sides Tunisia and Panama have much leaner records. Tunisia are making their first World Cup appearance since 2006 while Panama are making their first ever appearance at the finals in this year’s competition after remarkably making it through qualification ahead of the USA. Both England and Belgium are expected to qualify easily but it will be an historic occasion when they line up against Panama in the group matches.

Group H sees the final four teams of the tournament in action. Poland, Colombia, Japan and Senegal make up the group. Poland despite being a seeded team in the draw don’t have the best of recent records in World Cups having missed out on five of the last eight editions. None of the sides in this group have great qualification records, Colombia have only made 2 out of the last 5, Japan only made their first appearance in 1998 and Senegal have only made two appearances since 1930. Despite this Poland and Colombia are the two teams expected to make it through but Japan and Senegal are certainly capable of causing a shock.

Those are the officially confirmed groups for Russia 2018 and even though there are one or two that on paper look like a formality there is still more than enough to keep fans interested.

In particular England fans who will feel that their side have a great chance of going far in the tournament. The current England side looks incredibly strong and has been labelled the best England squad for years on many occasions. However can they prove it in what is sure to be a hostile atmosphere in Russia when they walk out against Tunisia on the 18th of June. 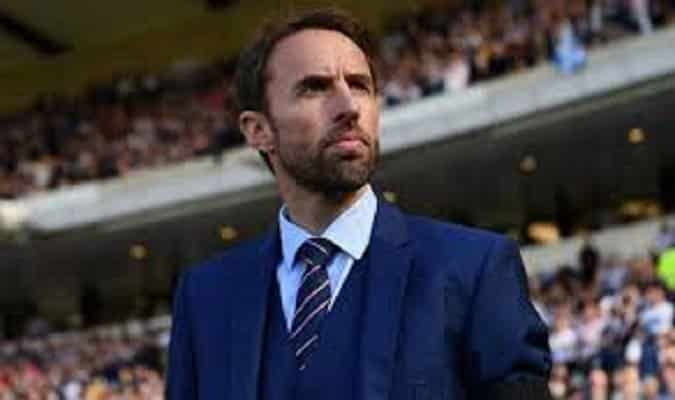