Match Day Two of the European Qualifiers for Qatar 2022 FIFA World Cup came to an end on Sunday, here is a look back at what happened…

Spain grabbed their first victory of the campaign although they were given an almighty scare by Georgia in Tbilisi, Kvaratskhelia gave the hosts the lead just before the break but Manchester City’s Ferran Torres levelled eleven minutes after the break and then Olma netted a stoppage-time winner for The Spaniards to see them snatch all three points, Georgia also saw Shengelia sent off after this as what proved to be a wonderful evening for them at one stage ended in miserable fashion.

In the sides first meeting Sweden saw off Kosovo in Pristina, Claesson gave the visitors a 12th-minute lead and then that lead was doubled ten minutes before the break after Isak netted, and then Larsson’s 70th-minute penalty sealed a good win for the Swedes as they made it two wins from two and top the group. Kosovo lose their first game then and also lost Berisha to a red card two minutes into stoppage time.

Italy have maximum points from their two games so far after they netted victory in Sofia, Belotti’s penalty two minutes before the break saw the Azzuri finally break down a stubborn hosts, and then Locatelli’s late second sealed the points for the visitors, Bulgaria have lost both their games so far.

An early Shaqiri strike saw the Swiss to victory and maximum points after two games with victory over Lithuania in St Gallen although the game had been delayed by 15-20 minutes after it was discovered the goals were 5-10cm bigger than they should have been, a very bizarre reason for the game to be delayed but luckily this was resolved and the Swiss managed to win the game.

France grabbed their first win in their defence of the World Cup after they comfortably saw off Kazakhstan in Nur-Sultan, Dembele gave the French a 19th-minute lead before an own goal from Mally doubled their cushion, it could and should have been more than two though and Mbappe missed a 75th-minute penalty too, it was three points in any case for the World Champs.

A late penalty saw Finland grab a priceless point against Ukraine in Kyiv, the hosts had held France in Paris on Match Day One and when Junior Moraes gave them the lead ten minutes from time it seemed a win was forthcoming, but in the 88th minute Finland won a penalty which resulted in a red card for Mykolenko, and Pukki stepped up to dispatch the penalty and rescue a point for the Finns. Both have now drawn both their opening games.

Denmark have maximum points after two games after they hammered eight past Moldova in Herning, Dolberg’s 19th minute penalty opening the floodgates as The Danes netted five goals in twenty first-half minutes to lead 5-0 at the break, Damsgaard netted two of those whilst Stryger Larsen and Jensen netted the other goals. Dolberg made it six early in the second period for his second of the contest and then late goals from Skov and Ingvertsen completed the rout.

Austria had to come from behind to net victory over the Faroe Islands in Vienna, the visitors stunned their hosts by taking a 19th-minute lead through Nattestad, but the hosts responded with three goals fourteen minutes at the end of the first period through Dragovic, Baumgartner and Kalajdzic to turn the one around in their favour and get their first win in the qualifying campaign to boot as well.

It’s two draws from two games for The Scots as they managed to grab a draw in Tel Aviv against Israel, the hosts took the lead just before half time thanks to a screamer from Peretz, but a good finish from Newcastle’s Fraser brought them level eleven minutes after the break and good enough to earn a draw in the process.

Wednesday night sees Match Day Three take place in this group, Moldova host Israel in Chisinau, Scotland take on the Faroes in Glasgow and Austria face Denmark in the big match in Vienna.

England has maximum points from two games after they saw off Albania in Tirana, Kane headed home a Shaw cross seven minutes before the break to give England the lead and then Mount finished well just past the hour mark to seal The Three Lions victory.

Hungary saw off San Marino in Serravalle thanks to a 13th-minute penalty from Szalai, a 71st-minute goal from Sallai and then another penalty, this time from Nikolic, two minutes from time. San Marino keeper Benedettini had another good game, backing up his fine performance at Wembley with another good showing here, including a penalty save from Sallai too, but Hungary do grab their first win here.

Poland eased past Andorra in Warsaw thanks to a brace from Lewandowski and a late strike from Swiderski, it means Poland also net their first win of the campaign and sit in behind England along with Hungary on four points from their two outings so far.

Match Day three sees San Marino take on Albania in Serravalle, Andorra host Hungary in Andorra la Vella, and England take on Poland in the big match at Wembley, all on Wednesday evening.

Armenia stunned Iceland in Yerevan after they netted victory and open up a qualifying campaign with two wins for the first time in their history, Barseghyan gave the hosts the lead eight minutes after the break and then Bayramyan sealed the win with a second with just over fifteen minutes remaining, Iceland have lost both their games so far without scoring.

North Macedonia bounced back from their late loss in Romania on Match Day One by thumping Liechtenstein in Skopje, Bardi gave them an early lead before Trajlovski netted two in three minutes at the start of the second half, Elmas then netted a fourth just past the hour before a late Nestorovski completed the rout and got the hosts on the board in terms of points.

Germany have two wins from two after they defeated Romania in Bucharest, Gnabry turned home a Havertz centre after seventeen minutes to settle this contest, a contest which the Germans should have won by more after missing several openings, and they nearly paid for it as Romania came on strong towards the end, but the points went to the Germans.

Match Day Three gets underway on Tuesday with European Champions Portugal, World Number One Belgium, Wales, Netherlands and 2018 runners up Croatia all in action, this will be their final group games for six months, can they all end on a high. 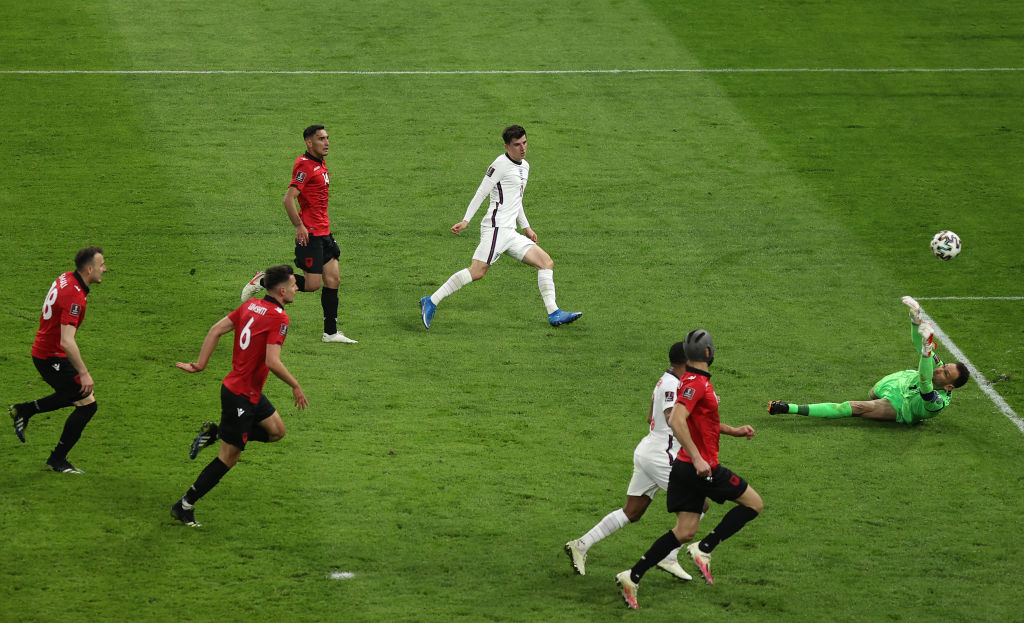