Tim David’s unbeaten 140 helped Surrey to a victory against Warwickshire in the penultimate round of Royal London Cup fixtures that took place yesterday.

Tuesday’s Hundred games between Manchester Originals and London Spirit will be reviewed in tomorrow’s column alongside Southern Brave against Welsh Fire from later today.

Essex vs Sussex (Group A)

Sussex would win the toss and elect to field first.

Essex travel to Lancashire tomorrow while Durham host Hampshire at the same time.

Worcestershire vs Durham (Group A)

Durham won the toss and elected to bat first.

David Bedingham would be caught by Jacques Banton off the bowling of Josh Baker for 66 off 41 balls before Sean Dickson would be run out by D’Oliviera for 17. Liam Trevaskis would be bowled by Barnard before Ned Eckersley would be LBW to Finch for 36. Luke Doneathy would fall to the final ball of the innings, bowled by Barnard, for 10 with Matt Salisbury finishing 2 not out.

Nottinghamshire vs Northamptonshire (Group B)

Northamptonshire would win the toss and elect to bat first.

Matthew Montgomery would be caught by Sanderson off the bowling of Keogh for 31 before Schadendorf would be LBW to Zaib without scoring. Patterson-White would be bowled by Sanderson for 19 before Hutton would be the final wicket to fall, caught by Gay off Taylor’s bowling, for 14 – Fateh Singh and Paterson finishing on 6 and 8 not out respectively.

Somerset vs Leicestershire (Group B)

Opener Steven Davies would be caught by Swindells off the bowling of Will Davis for 61 before a 178-run partnership from George Bartlett and George Thomas would be ended with the latter bowled by Mike for 75. Bartlett was the final wicket to fall, caught by Patel off the bowling of Davis, for 108 off 89 balls – Marchant de Lange (20 off 7 balls) and Josh Davey (10 off 3 balls) the not out batsmen.

Lewis Hill and Louis Kimber would put on 158 for the fifth-wicket partnership before the latter was dismissed by Byrom’s catch off the bowling of Leonard for 85 off 57 balls with the former the final wicket to fall, LBW to Goldsworthy, for 107 – Mike and Ahmed finishing with 15 and 1 respectively.

Somerset travels to Warwickshire tomorrow while Leicestershire travels to Northamptonshire at the same time.

Surrey vs Warwickshire (Group B)

Michael Burgess would be LBW to Steel for 23 before Jacob Bethell would be caught by Dan Moriarty off Steel’s bowling for 11. Tim Bresnan would be caught by Mark Stoneman off the bowling of McKerr for 12 before Matthew Lamb would be caught by Nico Reifer off the same bowler for 31. Ethan Brookes would be the last wicket to fall, LBW to Dunn, for a run-a-ball 28 with Craig Miles and Karl Carver finishing 31 and 13 not out respectively.

Ben Geddes would be caught by Yates off the bowling of Carver for 32 before Stoneman would be bowled by Yates for 14. Ryan Patel would be the last wicket to fall, bowled by Miles for 36, with Tim David (140 off 70 balls) and Jamie Smith (45) sharing an unbeaten 154 for the fourth-wicket partnership.

Surrey travels to Derbyshire tomorrow while Warwickshire host Somerset at the same time. 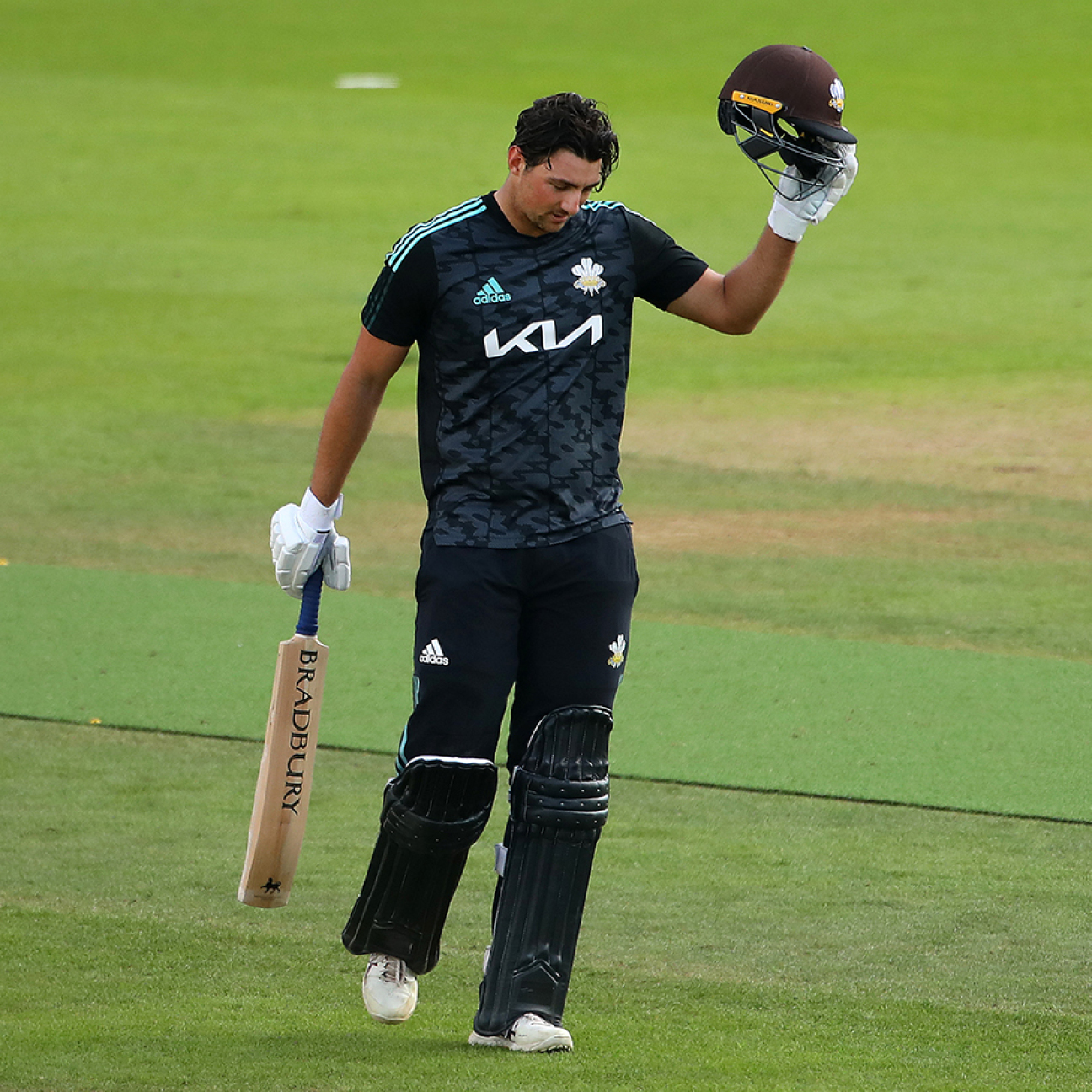