Sons of the fathers to fight for family honour and pride in a match-up nearly 30 years after Eubank and Benn Snr locked horns in epic middleweight and super-middleweight encounters.

Chris Eubank Jnr and Conor Benn have announced a fight together in a continuance of an inter-family feud begun by their respective fathers which has lasted the best part of three decades. The much-anticipated bout, already the subject of fevered fight-fan excitement, is scheduled for October 8th at the O2 Arena, London, and will be fought at catchweight, most probably at an agreed weight limit of 156lbs to cater for the disparity between Eubank Jr’s normal fighting weight of 168lbs and Conor Benn’s 147Ilbs.

Eubank-Benn, two names inextricably linked in boxing history, like Ali-Frazier, Gatti-Ward, Barrera-Morales, and many more, whose careers have been defined by fights that caught the imagination of the public and ignited in the ring to serve up the kind of epic encounters that write the names of the combatants into the history books, into boxing lore, and allow those lucky enough to get tickets in the frenzied scramble to say, ‘I was there that night’.

Chris Eubank Snr and Nigel Benn fought twice in the golden era of British middleweight and super-middleweight boxing, in 1990 and a rematch in 1993 with Eubank prevailing in the first encounter by stoppage and sharing the spoils in a much-disputed draw in the second.

The build-up to the first fight was feverish and ugly, full of trash talk, and promised pain, as it pitched together two very different stylists in the ring: A technically adept and gifted, strong, brave Eubank with good movement and hand speed, flamboyantly claiming the soubriquet of ‘Simply the best,’ and the fearsome punching, fearlessly stalking, Nigel Benn, all rage and no bull, nicknamed ‘The Dark Destroyer,’ possessor of knockout ability in both fists who dispatched most of his opponents inside the distance. Coming into the contest, Nigel Benn had amassed a record 32 KOs in his 37 fights compared to 18 in 35 for Eubank.

The first fight may never be rivaled in terms of excitement, nerves, ill feeling, sustained, unrelenting brutality, and the fierceness of the non-stop action. It was a contest on steroids, a violent drama shown on prime-time terrestrial television during peak viewing hours on a Saturday night which drew a record audience for a televised fight. It was visceral; it was real, and they meant it.

Former world champions Duke McKenzie and Barry McGuigan both hailed it as the greatest ever Big Fight Live. The legacy of the fighting feud was summed up in the boxing accolade ‘the war to end all wars.’

In the immediate aftermath of the mayhem that followed his victory, Chris Eubank said through swollen lips and a mouth full of blood, “He’s the hardest puncher I’ve ever come up against in my life – the man is just an animal. I’m in too much pain to talk really, it’s excruciating.”

Benn, generous in defeat, said. “What a tremendous fighter he is. He deserved it, man.”

Referee Richard Steele who halted the contest in the 9th with Benn out on his feet with seconds to go in the round called it ‘the most dramatic fight I have ever refereed.’ And this from a man who refereed what for many is the greatest three rounds of boxing ever in the fight between Marvelous Marvin Hagler and Thomas ‘the Hit Man’ Hearns.

The rematch, which saw 42,000 packed into Old Trafford could not match the intensity or ferocity of the first bout, ended in a draw, and is the subject of much debate to this day, with a clearly distraught Nigel Benn shaking his head in disbelief at the verdict. The final round will however remain one of the most thrilling in boxing history and saw both fighters, who were each told before the bell that they needed it to win, hailed as magnificent warriors as they both sought to end the contest in a dramatic and conclusive fashion in the last three minutes of all-out, breathless action.

They never fought again, despite huge sums offered for a third and final epic encounter. And though they have mutual respect gained through the pain of the contests, the feud has simmered for 30 years under the surface. There have been many rapprochements, including going on the road together with their ‘An Evening with Chris Eubank and Nigel Benn,’ but one senses it wouldn’t take much to light the touch paper again.

Indeed, this newfound comradeship between legends of the fight game will be tested to the limit in the build-up to the fight involving their fighting offspring, and it will be interesting to see if the hatred that once upon a time came to define and sour all their communications rises to the surface.

For Eubank and Benn Jr, each establishing their own pedigree, this marks a sensational detour for their careers. Neither needs the other. Neither has to make this fight. They fight at different weight divisions and are at different stages of their careers, albeit they are individually seeking world title shots to forge and cement their own legacies as fighters.

This proposed contest, should it go ahead, and there are still many hurdles to overcome before it does, is born of a motivation way beyond a mere boxing contest: this is a whole enchilada of family, honour, pride, pressure, and the carrying of the names that they inherited at birth.

This week, both men tweeted “war is coming” 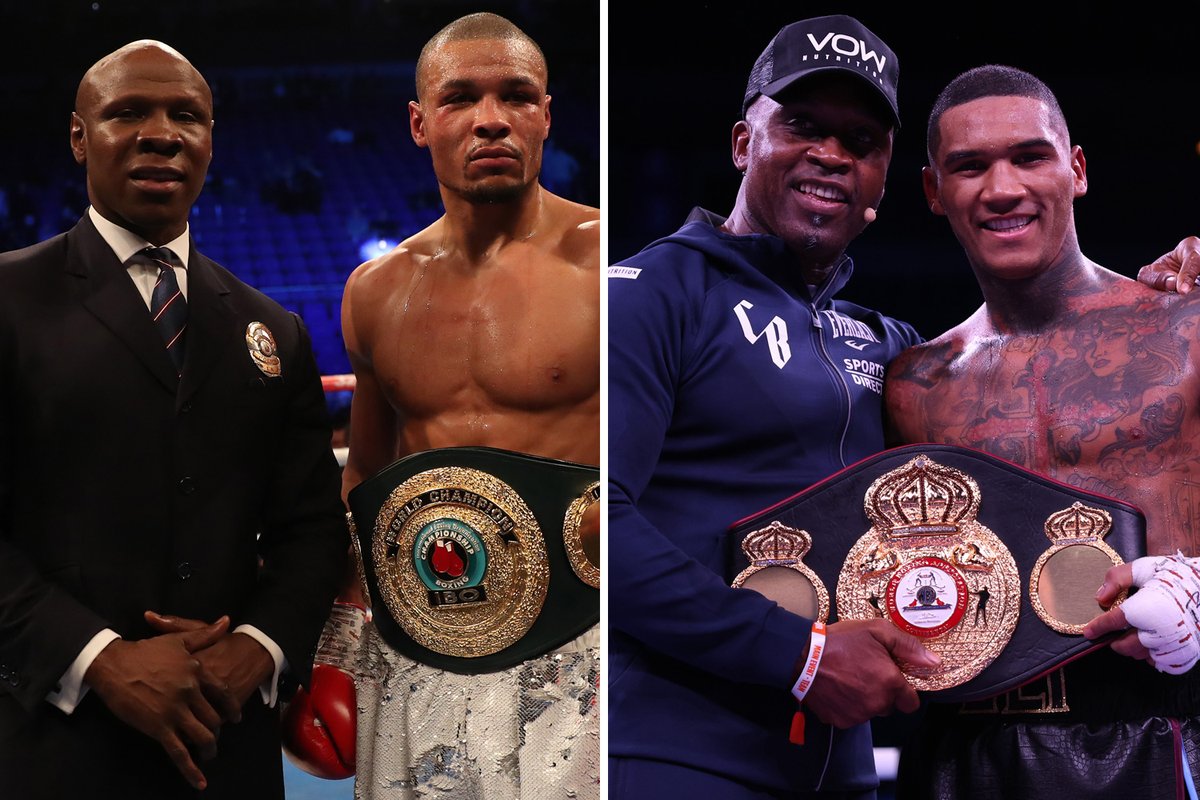