An All Action-packed Euro 2020 Matchday is awaiting us dearly with Portugal, Germany, France all featuring in today’s Group F games. Regarded as the “Group of death” as it contains renowned footballing powerhouses such as FIFA World Cup holders France, reigning European champions Portugal, 2014 WC winners Germany and the final contestants Hungary who are no pushovers either have been in good form recently and have the potential give these giants a tough time on the pitch.

In today’s Euro 2020 group action, we’ll see Hungary locking horns with Portugal and Germany going head-to-head with France, it’s one of the most exciting and enticing group of the competition, so we can expect some thrilling encounters from this set of teams.

Hungary is set to play a star-studded Portuguese side at the Ferenc Puskas Stadium. This is not as easy a fixture for Portugal as it might seem on paper with The Magyars unbeaten in their last 11 matches and playing at home will get them motivated even further to pull off some major upsets in the tournament.

Hungary will set up defensively to hold off the Portuguese which is certainly a daunting task in itself taking into account the plethora of attacking talent the Fernando Santos’ Portuguese side possesses.

Both Ronaldo and Portugal are seeking glory ahead of this competition, Portuguese would be looking to defend their European crown for only the second time since Spain, which is the only team in history to have won consecutive titles, doing so in 2008 and 2012. While Ronaldo wants to break Iran striker Ali Daei’s record of 109 goals for his National team, to become the all-time leading scorer for a men’s national team.

Fernando Santos’ Portugal is blessed with some generational talents and leaders with The Manchester City trio of Ruben Dias, Joao Cancelo, and Bernardo Silva, Manchester United star Bruno Fernandes, Liverpool’s Diogo Jota, and Atletico Madrid youngster Joao Felix not to mention the charismatic figure of CR7 is also there to lead them to title charge again.

In a piece of unfortunate news for the Portuguese fans, Manchester City full-back Joao Cancelo has tested positive for Coronavirus and will be replaced by Diogo Dalot. Apart from that, it’s a full-strength squad.

On the other hand, Hungary is devasted as their star midfielder Dominik Szoboszlai withdrew from the squad due to an injury concern, the  20-year-old RB Leipzig midfielder was key to Magyars qualifying for the tournament. They will heavily miss him for sure while an injury has also ruled out midfielder Zsolt Kalmar.

Hungary will opt for a defensive 3-5-2 setup to keep things tight and reduce the open spaces for the opposition runners. They will rely on  RB Leipzig’s defensive stalwart Willi Orban for Keeping things closed at the back. In absence of Szoboszlai, they will rely on Adam Szalai to produce the goods.

Fernando Santos prefers his Portuguese side to play an expansive 4-2-3-1, with Bruno Fernandes at the epicentre of every attack.

In goal, we have Wolves goalie Rui Patricio, fair to say a very safe pair of hands in recent years for Portugal.

Leading the defensive line is Man City star Ruben Dias alongside a veteran centre-back in Pepe, who is 37 now but his experience will come in handy in this major tournament.

At full-backs, we have Wolves wing-back Nelson Semedo and Dortmund sensation Rafa Guerreiro, both are of attacking instinct providing width and progression of the ball through flanks.

We have PSG’s Danilo and Betis’ Carvalho as our destroyers at Defensive Midfield positions.

An attacking trio of Bruno Fernandes, B. Silva and Jota would be just behind Cristiano Ronaldo providing him with apt service.

Back in Euro 2016 group stages, these sides produced an entertaining 3-3 draw, Cristiano came out with a brace that day. This will certainly be a different story today, I predict a goal for Fernandes and a brace for CR7.

Though I think this Hungary side will give Portugal a tough game, they’ll make it difficult for them but ultimately they will get star-struck with the quality football on display. I also don’t think without Szoboszlai the Hungarian will pose any threat up front too, but I expect a well-drilled and spirited performance from them but will be outmatched by superior opponents.

Germany will take on France in the Group F game tonight in Munich’s Allianz Arena.

This one will be the showpiece event for the day, we can expect a blockbuster encounter between the Germans and the French, one filled with intensity, flair, and fluidity.

The Les Bleus have enjoyed enormous success under the tutelage of Didier Deschamps, they first reached the finals of the Euro 2016 then they lifted the 2018 World Cup a remarkable achievement. They are now the heavy favorites to win Euro 2020 crown too.

If France does win the Euro’s then Didier Deschamp’s name will be written in the history books as he will become the first person to win both Euro’s and World Cup both as a player and manager.

On the other hand, Joachim Low’s German side had a mixed bag from winning the 2014 WC to humiliation in 2018 WC then enduring a miserable Uefa Nations League campaign. Some of their recent high-profile defeats include 6-0 thrashing at the hands of rivals Spain and getting beaten 2-1 by North Macedonia, off lately they are on a good note though as they beat Latvia 7-0 in the final friendly to the build-up to Euros.

The big news towards the build-up to Euro’s was Karim Benzema’s inclusion in the French set up after more than half a decade of absence, the Los Blancos talisman forced his way into Deschamps mind with remarkable consistency over recent years for Real Madrid.

The Rumors of a rift between Olivier Giroud and Kylian Mbappe have been played down by the Manager. Even though whatever Giroud does he just cannot start a game for me, he’s that good off the bench, scored a brace in the recent friendly against Bulgaria after coming as a sub.

The Les Bleus are likely to miss Kurt Zouma due to a minor injury, while Antoine Griezmann and Raphael Varane have both shaken off knocks to become available for this crunch tie. Varane and Kimpembe will pair up in central defense.

As for Germany, Thomas Muller is back in the picture again, Jonas Hoffmann is out with a knee injury whereas Leon Goretzka will be a doubt for the game due to muscle injury.

France will just turn out to be too hot for Germany. I predict an engaging 2-1 win for the Les Bleus on german soil creating a plethora of chances. Griezmann to open the scoring for France, then Muller scoring the leveler early in the second half to make things more interesting, and Giroud slotting home the winner after coming as a substitute again to give Deschamps food for thought.

I expect both teams to create a lot of quality chances as they both have rapid attackers, we can see Germany backing off and playing on the counter especially with Havertz and Werner. I don’t see many goals because we have the best of defenses and DM’s such as Kante, Tolisso, etc, and also owing to Low preferring a back three to give Neuer an added protection.

Do let us know your Euro 2020 predictions in the comments below and also do follow us on the Forums section to get the latest updates on these games. 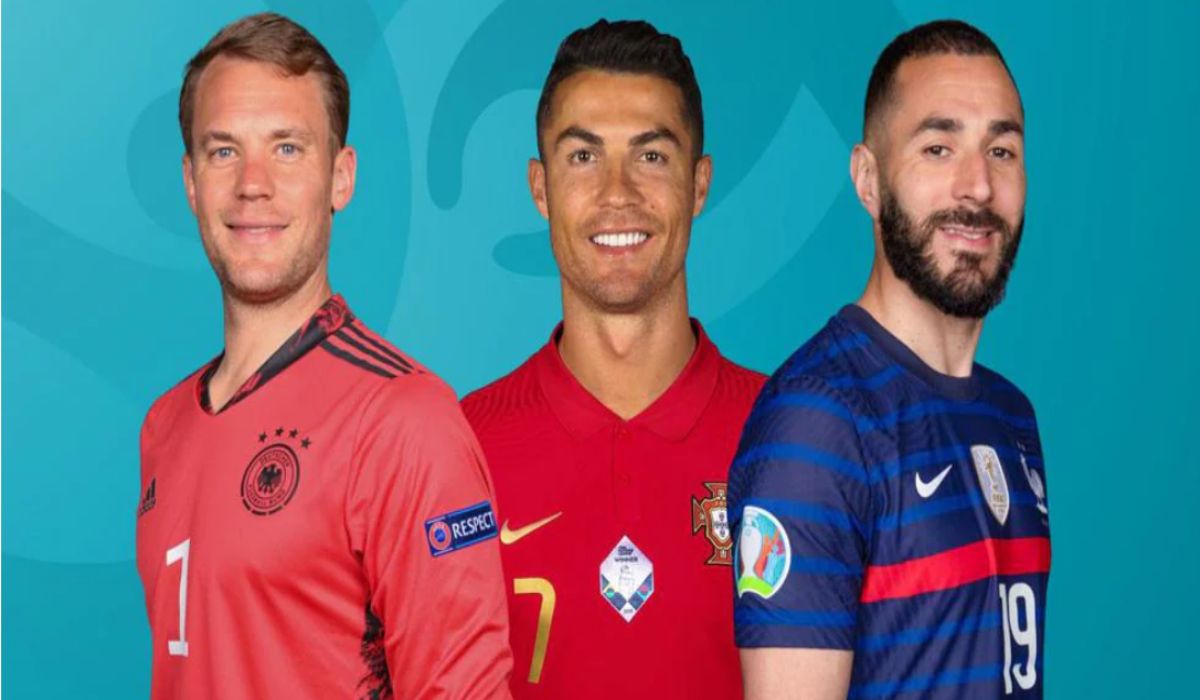