Following a thrilling race around the streets of Baku a fortnight ago, this exciting Formula 1 season continues with the French Grand Prix at Circuit Paul Ricard. After street races in Monaco and Azerbaijan, where space is at a premium, there certainly isn’t any of the worries associated with those tracks as Paul Ricard stands out if only for its bright and extensive run-off areas.

Perhaps not quite in the same league as Magny-Cours which hosted the French Grand Prix between 1991 and 2008, there is nonetheless hope that this competitive season can generate more excitement at a track that struggled to capture the imagination in 2018 and 2019.

As it is still unclear how many races will be completed because of travel restrictions in countries severely affected by the pandemic, it is vital for the two title contenders that they score as many points as possible in the races that seem likely to go ahead in Europe over the next few months.

It is understandable then that Max Verstappen was left feeling frustrated at not only losing out on the maximum 25 points in Baku but the assessment from tyre supplier Pirelli that the tyre blowouts in Azerbaijan were “related to the running conditions of the tyre”.

The Dutchman has responded by saying that Red Bull “didn’t do anything wrong, so they cannot blame us”, but Lewis Hamilton appears to have more confidence in the tyres being supplied, saying “I think they have done a great job with the tyres this year, they are more robust than before”.

Whether this has any psychological effect on the driver’s approach to racing at the French Grand Prix remains to be seen, but the FIA has issued new protocols that include more checks on tyre pressures and temperature to enable safe running and hopefully avoid a repeat of the high-speed crashes that Lance Stroll and Verstappen suffered last time out.

Anyhow, the momentum going into the French Grand Prix appears to be with Red Bull after two races where they have out-performed their Mercedes rivals, and things might be looking even rosier had the Verstappen crash not happened, given they were on course for a first 1-2 in nearly 5 years.

Their form at the French Grand Prix in the last few years has not been as impressive though, failing to qualify higher than 4th and Verstappen finishing second in 2018 their best race result.

Meanwhile, two wins from two have been the story for Hamilton, who doesn’t seem to be suffering any ill effects from his lock-up near the end of the race in Baku which cost him the chance of scoring points, saying “I don’t feel any pressure. I feel pretty relaxed”. All the talk in the build-up then suggests that both drivers have plenty of fight left in them. It is shaping up to be another closely-fought race.

While new Red Bull signing Sergio Perez has adapted well to new surroundings, another former Red Bull man hasn’t quite lived up to the hype at his new team. In 2020, Daniel Ricciardo scored two podiums, two fastest laps and finished 5th in the standings for Renault who themselves only finished 5th in the constructor’s standings.

However in comparison this season, the Australian has only two 6th place finishes to show for his efforts and struggled in Azerbaijan, compromising his race with a crash in qualifying that brought out the red flag.

Even more frustratingly, he is being out-performed by Lando Norris, a relative rookie in terms of Ricciardo’s experience in Formula 1, in a role reversal of the 2014 season when he finished ahead of reigning world champion Sebastian Vettel in the standings.

The Brit meanwhile is enjoying a stellar season, scoring podiums and top 5 finishes aplenty. The Portuguese Grand Prix in October last season was the last time he failed to score points and has more points in the opening six races this year than he did in the entire 2019 season.

With a Mercedes engine in the car again this season for the first time since 2014, McLaren was hopeful going into 2021 that they would be right at the front of the grid again after the disastrous Honda era and the average last few years with Renault.

The performance of Norris has largely justified this expectation, but an improvement on last season’s 3rd in the constructors seems unlikely given the resurgence of Red Bull and Ferrari, and also depends on Ricciardo finding the form of those Red Bull days when race victories and audacious overtakes were the norm.

It has been a quiet start to the season for Alpine, the team was formerly known as Renault but rebranded to promote Renault’s brand of sports cars. Just 25 points collected and a mediocre start for Fernando Alonso on his return to the sport after two years away, only salvaged by an excellent charge at the dramatic restart in Baku that brought a 6th place finish, the best of the season for the team.

However, there will be little chance of the team going under the radar this weekend with 15,000 fans set to be allowed to attend the French Grand Prix at Paul Ricard, and with a Frenchman, Esteban Ocon driving for the team.

It has been a good week for the 24-year-old who has signed a three-year deal to stay with the team until 2024, and he will be partnered with Alonso again next season as the Spaniard is contracted to the team for two seasons. It means the links with Mercedes, whom he was a reserve driver for in 2019, are over for now at least.

It is not quite as clear cut for his compatriot Pierre Gasly who this week said it was still too early in the season to tell if he would return to Red Bull, where he drove in 2019 before being demoted back to Toro Rosso. Since then he has won a Grand Prix and added two podiums, including so impressively in Baku a fortnight ago and has received plenty of praise from Alpha Tauri team principal Franz Tost.

Back in 2018, Gasly and Ocon only lasted a few corners after an opening lap accident, but there’s no doubt Gasly will receive a warm welcome at the French Grand Prix this year, with his reputation enhanced by his newfound status as France’s only race winner in the last 25 years.

While unconfirmed rumours fly around the paddock that George Russell, praised this week by Fernando Alonso, will replace Valtteri Bottas at Mercedes in 2022, there are some changes that are true at Williams.

A minor one is the news that Roy Nissany will replace Russell in the first practice session on Friday as he did in Spain in May. Meanwhile, a long term change was announced this week with team principal Simon Roberts leaving to be replaced by chief executive officer Jost Capito.

Roberts had only been in charge since last September when the team was sold to its new owners, the Dorilton Group, and it is hoped that his decision to appoint technical director Francois-Xavier Demaison to oversee engineering can improve performance for a team that, despite Russell’s impressive pace in qualifying, regularly finds itself at the back of the grid.

A solitary point for Robert Kubica in 2019 is as good as it gets for one of the most successful and well-loved teams in the history of Formula 1, with three consecutive 10th place finishes in the constructor’s championship.

The days of finishing 1-2 at the French Grand Prix as Juan Pablo Montoya and Ralf Schumacher did in 2003 are long gone, but getting both cars in the points which they haven’t done since 2018 would feel like a victory if they could manage it this weekend. 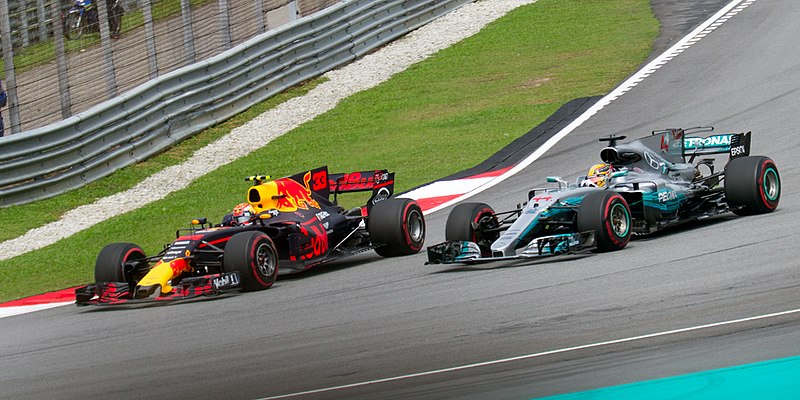