The Azerbaijan Grand Prix was eventful and full of dramatic action in many vital stages. However, the ending result of the race saw F1’s Sergio Perez (RedBull) gain victory. Sebastian Vettel (Aston Martin) managed to come through with second and Peirre Gasly grabbed third.

Despite the ending result to this Grand Prix the standings during the earlier points of the race were much different. Nobody expected the outcome after all the drama during the race. Emotions were mixed as some drivers were happy and for some this was a big disappointing stage of their season.

Max Verstappen was leading the race comfortably and it seemed his for taking. He led by a few seconds in front over his teammate Perez and Hamilton who was third at the time. Suddenly, with just the final five laps to go he suffered from an unlucky failure involving his tires which spun the car off course. This unfortunately forced him to retire from this race and therefore not collect any points to contribute to the driver’s season championship standings.

Verstappen was furious as he exited his vehicle and then kicked his tyre. This was a devastating moment as he would have been able to extend his lead. If the positions remained the same, then Verstappen would have a fourteen-point gap rather than a four-point gap. Max certainly did not hold back in the way he felt.

“Frustrating and very disappointing so close to the finish to retire with a tyre blowout,” said Verstappen. “It’s a big shame. Sometimes you can hate this sport – for a few hours, then I’ll be fine again. Words from Max Verstappen. “Honestly up until that point it was a great day – the car was on fire, I was just matching whatever I needed to do behind me, I was quite comfortably in the lead. It would have, let’s say, have been an easy win. But, of course, there are no guarantees in the sport.”

A few minutes after the safety car came into action and the race was put on standby, being red flagged. There was consideration on whether the race should continue via a restart or be suspended. If the race was to be suspended this would have indeed favoured Max Verstappen. Results would have been finalized on the previous lap before the safety bubble. However, the race did reset via a restart with just two laps to go.

Just when things seemed to be going bad for Verstappen, it’s as if the bad luck shifted over to Hamilton. You would not believe that with just two laps remaining Hamilton wasn’t able to execute a finish. His brakes were smoking on the grid as the race restarted but Hamilton did to much and his car went straight on off the track during turn one.

Perez seemed to have the lead when heading into turn one, but Hamilton wanted a victory. So, he tried to get around and instead of turning, his car went straight off course as it was too fast for his already partly damaged brakes to kick in. Second place would have been a victory for Hamilton today due to Verstappen having to retire from the race.

Everything shifted upside down and Lewis couldn’t collect any points either. As a result, his mistake compensated Verstappen who currently has a four-point advantage on the seasonal championship standings over Hamilton. 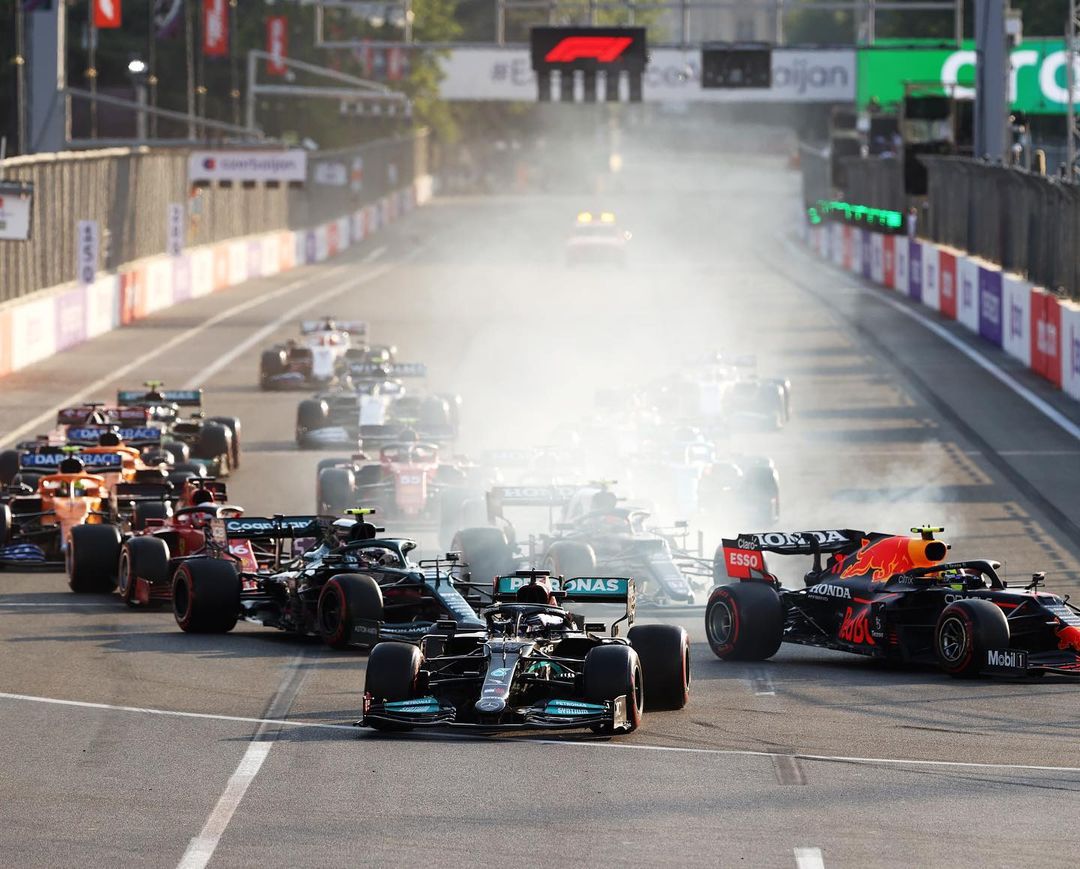 Lewis was deeply disappointed to, but he admitted that he wanted to put it all on the line on his Instagram. This was a lesson learning experience for him.

“Today was a humbling experience. We worked so hard to put ourselves back in the top 10 today after a rocky week here in Baku. We gave it our all today and a small error caused the brakes to switch off. Sorry to the men and women in our team, we’ll come back stronger for the next race”

Gasly spoke about his engine issues and him having to take a risk. “It was very difficult for me mid-race onwards with an engine issue,” he said. “We were losing quite a lot of power down the straights and Seb managed to pass us in the middle of the race.”

“Every braking I wasn’t sure if I was going to stop the car, but I had to go for it, I really wanted that podium. “I took some big risks, but it was clearly worth it.”

Overall, the Baku city circuit gave a lot of shocking moments with some vital drivers. The majority of the drivers felt the pressure and the strain of having to pull through tough moments. This Grand Prix was a tough season moment for most going beyond Hamilton and Verstappen.

Other drivers and teams which on not in a position contending for the championship indeed felt the pressure. These are the Grand Prix results and the current seasonal standings. The French Grand Prix is next from June 18th-20th. 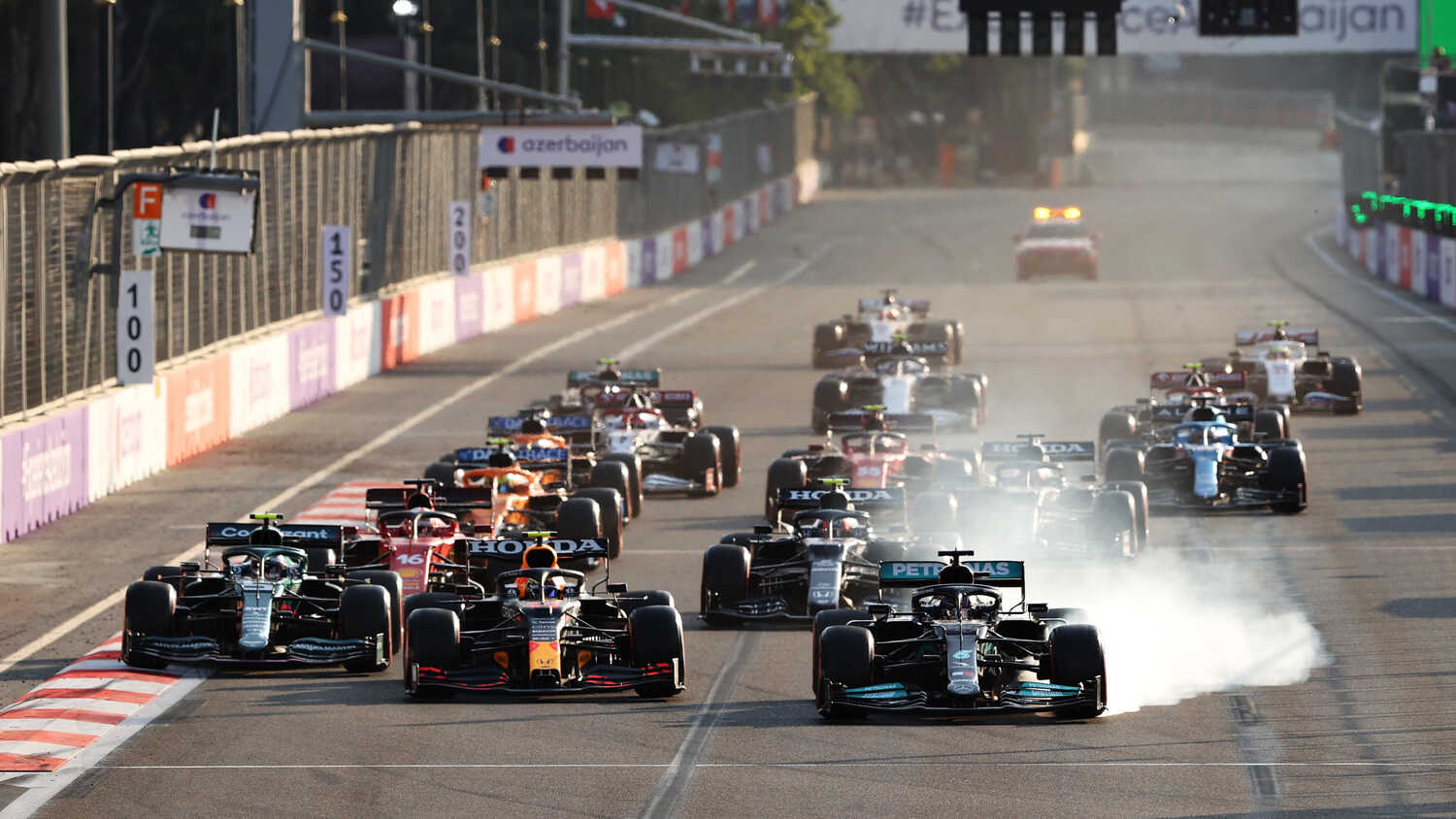