Hebei FC’s employees have offered to work for free in a bid to help the Chinese Super League (CSL) club cope with their financial crisis.

Hebei are on the brink of becoming the second team from the country’s top division to shut their doors this year after the club issued a statement last month saying operations would not continue until a new investor was secured.

Hebei are owned by property developers China Fortune Land Development and have previously been among the biggest spenders during the boom years of Chinese football.

The letter, signed by 60 Hebei employees, said the employees are willing to work for Hebei without being paid until the club’s “structural reform is completed.”

“Since 2020, Hebei FC has run into unprecedented difficulties,” the letter read, according to Xinhua news agency. “It is true that the club cannot pay water and electricity bills and travel expenses.

“So long as the club can survive, we wish we can work for it without seeking any pay from today until its structural reform is completed with its crisis over.”

Lei Tenglong, who joined the Hebei side early this year, conceded that the club is mired in serious trouble.

“At the time of my arrival, the club told me that its financial situation was rather grim. Now it has become much more difficult, struggling to sustain the club’s daily operations,” said the 30-year-old central defender.

Some of the Langfang-based club’s employees have been forced to be on vacation after it decided to cease office operation in late October.

“Considering its operation has practically stopped, the club decided that from the date of October 26, 2021, to cease operation with its employees furloughed,” the club said in a document.

Then it suspended four of its youth teams’ training due to financial strains.

“Because of the difficulties known to the public, Hebei FC training base cannot pay electricity bills on time. In order to cut down the operation cost, the club decides to let the players of U-17, U-16, U-13 and U-12 teams take holidays from November 3rd,” the club said in a statement.

ALSO READ:  Safe standing to be reintroduced after nearly 30 years – but is it necessary?
Embed from Getty Images

Hebei has been seen as one of the biggest spending teams in China and lured Argentinian duo Ezequiel Lavezzi and Javier Mascherano to the Chinese league on huge wages, while former Manchester City and Real Madrid manager Manuel Pellegrini led the team from 2016 to 2018.

Despite their big spending, Hebei had limited success, with their best performance coming in 2017 when they finished fourth.

Hebei have qualified for the championship rounds of this year’s CSL, which are due to be played in December.

They were knocked out of the Chinese FA Cup by second division side Shaanxi Changan last month. 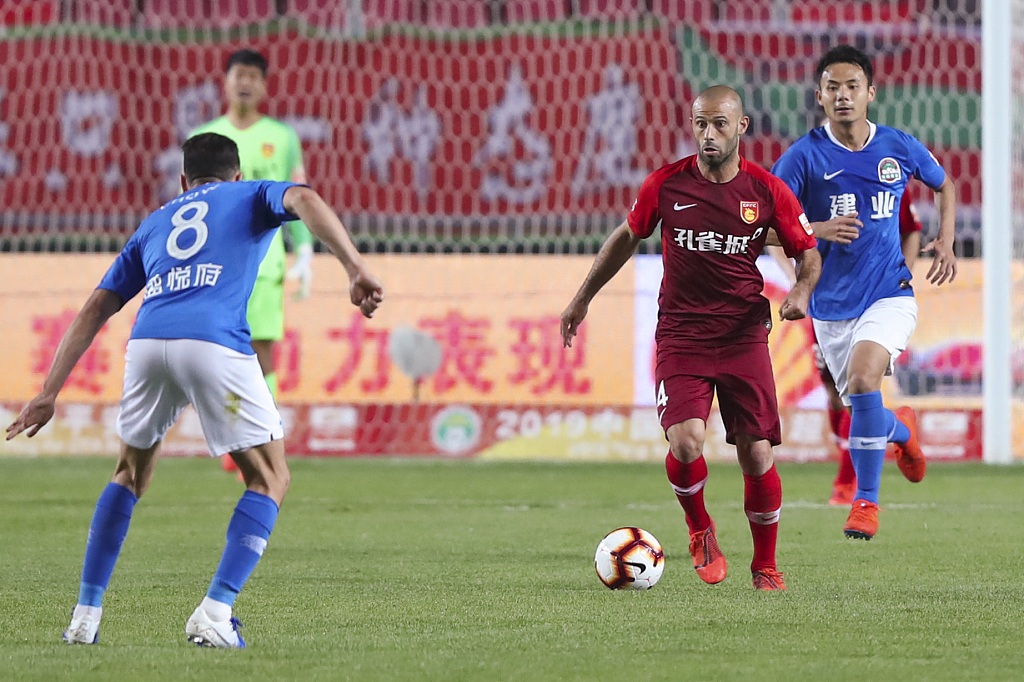