Canada has finished at the top of Group A after beating Hungary by a single goal in Athens.

Hungary suffered another defeat by a single goal, this time to unbeaten Canada. Hungary now faces the possibility of finishing third in the group, with Russia likely to beat Japan later.

After a cagey opening three minutes, the Canadians took the lead thanks to Kyra Christmas. But when Elyse Lemay-Lavoie was excluded from the pit, Slovak-born, Natasa Rybanska equalised on the man up.

Shae La Roche then converted a man-up, before Hayley McKelvey scored a beautifully executed lob, which clipped Alda Magyari’s left-hand post before dropping in. Hungary then pulled one back, when Dora Leitemer played a looped pass to the back post for Anna Illes. But Hayley McKelvey netted her second of the quarter to reinstate the Maples their two-goal advantage.

The second quarter started the better for the Hungarians. McKelvey was excluded and Vanda Valyi converted. But McKelvey mad amends not long after, to make it 5-3 to Canada.

La Roche netted again for Canada, before Dorottya Szilagyi got one back for Hungary. A lovely conversion from Elyse Lemay-Lavoie from the pit gave Canada back their three-goal advantage. Anna Illes got another, before Hungary’s keeper, Alda Magyari, then made an excellent save with her head to ensure Kyra Christmas didn’t get her second of the game. Rybanska, who has been short on goals this tournament, took a second goal in the game, as her shot was just too much for Clara Vulpisi to keep out.

Hungary defended well and didn’t want the half-time whilst to come. They eventually equalised right at the end of the quarter, through an extra-player situation scored by Greta Gurisatti.

With the momentum well in the European’s favour, you wondered how the Canadians would react. It didn’t help that Hungary took the lead in the game 8-7, courtesy of Becca Parkes, but Canada stopped conceding goals and scored two of their own; a man-up from Christmas, before a cross cage poke at goal from captain Monika Eggens. The real game-changer, you felt, was the goal that followed after from Canada, as Kyra Christmas had time to measure a shot without any real pressure – giving her a third and Canada their tenth goal.  Only the underside of the frame of Magyari’s goal prevented Christmas from getting her fourth goal a second from the end of the quarter.

It was vital for Hungary to get the next goal, and they did thanks to Rita Kesztheyli as she rifled the ball into the top right-hand corner on the break-away. Suddenly the momentum was with Hungary,  as they then equalised with a little dink from New Zealand-turned-Hungarian, Rebecca Parkes.

But Canada answered emphatically with a near-side bounce from Shae La Roche to give her side the lead again. They then were fortunate to grab another goal from Christmas – although it took a wicked deflection from a Hungarian block.

But Hungary came back again. It was Dora Leitemer from the right-hand side with an excellent finish to put her side within one. However, more misfortune for the Hungarians between the sticks gave Canada another goal, as Axelle Creviers shot barely crossed the line. You felt Magyari should have done better.

Vanda Valyi scored her second as Hungary closed within one again, and Hungary had a chance to equalize after Attila Biro called a time out from Emma Wright’s third exclusion. But the man up was poorly executed with several missed passes. Dora Leitemers shot into the hands of Clara Vulpisi is all that Hungary could muster. They had another time out with a single second to go, but the shot went awry from Rita Kesztheyli giving Canada the win. 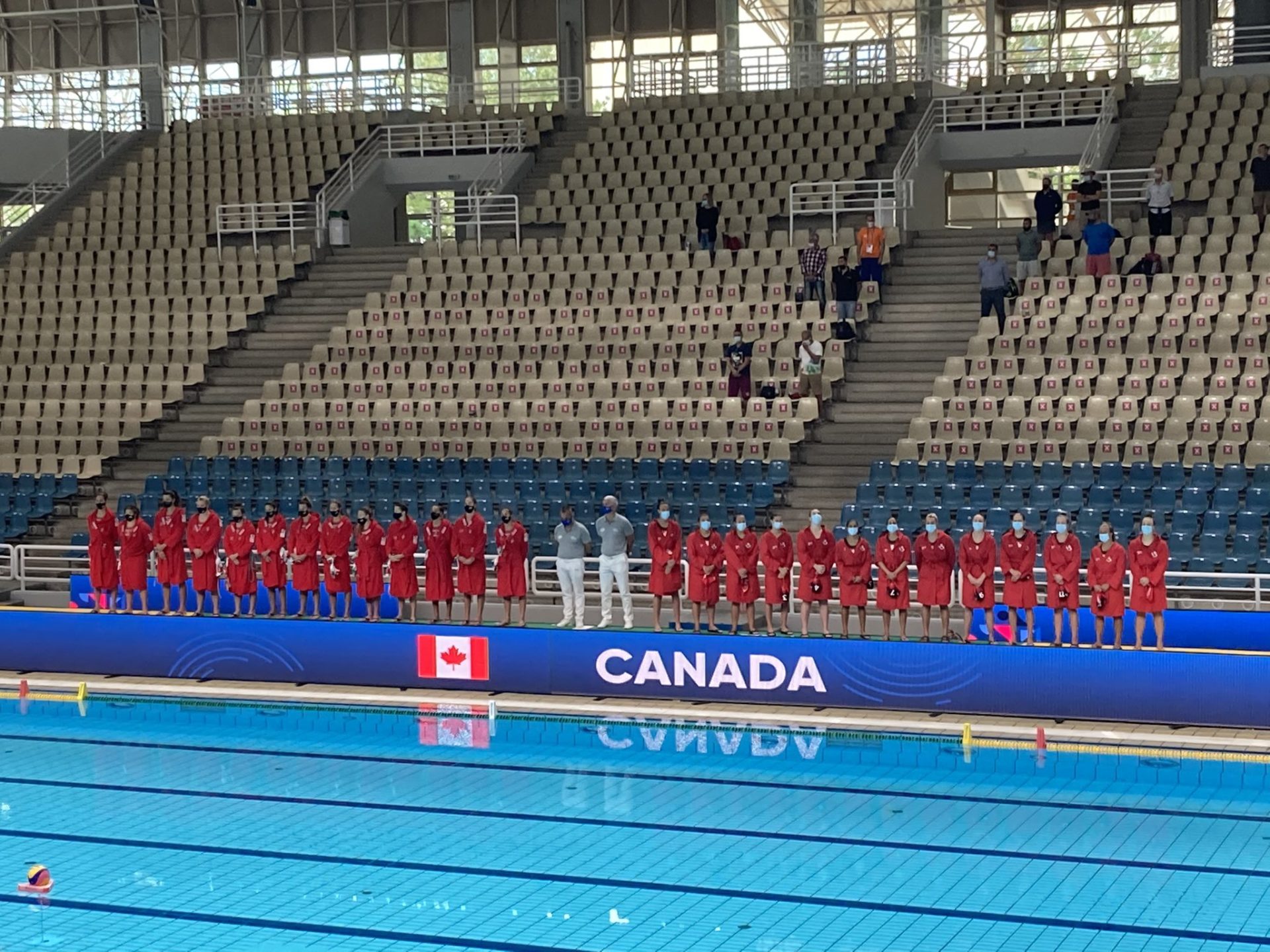