Today we have some very important clashes from Group B & C with as many as three sides eyeing possible progress to the next round.

We start off in Bucharest where Ukraine will go head-to-head in an all-important clash against North Macedonia, all eyes will be on Denmark as they take on Beast in Belgium which will be their first full game after that horrific Eriksen collapse incident and in the final game for today we’ll see Dutch play against the Austrian’s.

Let’s preview each of the above-mentioned fixtures one-by-one.

Ukraine will be hoping for a big victory against the first-time Euro participant’s North Macedonia to get back on the right track to qualify for the next stages in Euro 2020.

Both clubs suffered disheartening defeats in their last game where their all hard work and determination gone in vain as they came out pointless. Ukraine were on the wrong side of an entertaining encounter against the Dutch, they made a superb comeback from 2-0 down to make it a tie at 2-2 before they conceded a late goal to surrender a point from that game, it really was very heartbreaking for Ukraine Fans. Whereas the Balkan country North Macedonia were holding out for a 1-1 draw against Austria with 12 minutes to go but they too let in 2 goals haplessly to come away with nothing.

Andriy Shevchenko’s Ukraine side are expected to dominate possession in this game with the Macedonian’s trying to keep Yarmalenko and company at bay before giving them a sucker punch by scoring by a set-piece or through their veteran striker Goran Pandev.

Similar to the last game we can anticipate the Macedonian’s to be defensively structured, resolute and resilient make the opponent’s work to get past them.

Ukraine will miss their winger Oleksandr Zubkov, who sustained a foot injury against the Netherlands and was substituted early in the game.

Viktor Tsygankov will join Yarmolenko and Yaremchuk in a three-man front attack.

I predict Ukraine to win this game comfortably I see goals in this fixture despite having witnessed resolute defense from North Macedonia in their last game.

Ruslan Malynovski is one of the players to watch in this tournament the Atalanta midfielder can turn any game for Ukraine on his head. A brace from Yarmalenko and a second-half strike from Zinchenko will get Ukraine 3-0 ahead before old warhorse Goran Pandev pulling one back for North Macedonia.

Denmark vs Belgium (Group B fixture)

Belgium will aim to seal their place for the Round of 16 when they will travel to Copenhagen to take on Denmark at the Parken Stadium in a crucial Group B tie.

Denmark will miss their chief creator Christian Eriksen, who suffered a cardiac arrest towards the end of the first half in their opener against Finland, Eriksen was given CPR on the pitch but thankfully he regained consciousness. The incident had a very resounding effect on Danish players despite that they continued to finish the game, a big hand to these professionals who showed remarkable attitude and mental grit.

Denmark needs to get something out of this game to keep their round of 16 hopes alive otherwise Finland will qualify, they have the home advantage to pull off a major upset against the Red Devils.

Hjulmand has a fully fit squad available to pick up from except Eriksen who will be replaced by Brentford midfielder Mathias Jensen.

The Benfica defender Vertonghen may not be available for this game after he picked up a knock to his ankle, Thomas Vermaelen will be his apt replacement.

Leicester City wing-back Timothy Castagne will be unavailable for the remainder of the Euro’s after he sustained a double-eye socket fracture against Russia, he will be replaced by Dortmund full-back Meunier.

Martinez has confirmed that Axel Witsel and Kevin De-Bruyne will both be available for this game but will not be risked with a start, Witsel has successfully battled his way back from an Achilles problem to make himself available for the remainder of the tournament.

Denmark got very unlucky last time out against Finland, they created many quality chances and also had more shots on target. Eriksen incident clearly had a lay-off on their minds playing the second half of that game as we saw Kasper Schmeichel make a simple goalkeeping error and Hojberg pulling the trigger wide from the 12-yard  spot.

They will play an entertaining draw against the Roberto Martinez side to send Eriksen and home fans a perfect tribute. Mertens will open the scorings for Belgium before Youssuf Poulsen pulling a leveler late in the second half.

In Group C, there’s a battle infusing at the top as first and second – Austria and the Netherlands – go head-to-head in Amsterdam.

Both the teams will be looking to seal their place in the next stage of the competition with a win tonight. It will be a fascinating encounter and the dutch will have the home support to drive them to the next round.

Before the start of the tournament, many were skeptical on dutch doing well as they have doubts about whether Frank de Boer destroying all the good work done by previous Dutch manager Ronald Koeman and that happened too he brought a change in tactics and whole setup, then things also started to crumble too But I know from the start that they have enough experienced star players and talent that can fire them to the quarter-finals of this competition the very least.

Earlier Today in the pre-match press conference De Boer revealed that Matthijs de Ligt will return to the Netherlands starting eleven for the tie against Austria.

The Juventus defender was forced to sit out of Sunday’s game against Ukraine as he picked up a groin injury but has since returned to training, in my view, it would be a bit of a risk to throw him straight away.

Austrian talisman Marko Arnautovic will be unavailable for this game as he serves a one-match ban from UEFA for “insulting another player” during his angry celebration which means that  Christoph Baumgartner and Sasa Kalajdzic are likely to continue in attack as a double-act.

I predict a 2-1 win for the dutch to confirm their spot in the Round of 16 goals will be scored by Weghorst and Depay and Baumgartner will score from the Austrian side.

Memphis Depay and Gini Wijnaldum have transformed themself into a world-class phenomenon. This dutch possess some top-level players in defense they have De Vrij and De Ligt, in midfield you have De Roon and Frankie De Jong, and in Weghorst, they’ve got their big target man centre-forward.

It would be an understatement if they fail to reach the quarterfinals of Euro’s the very least especially the talent pool they have.

Do let us know your predictions in our Forums section. 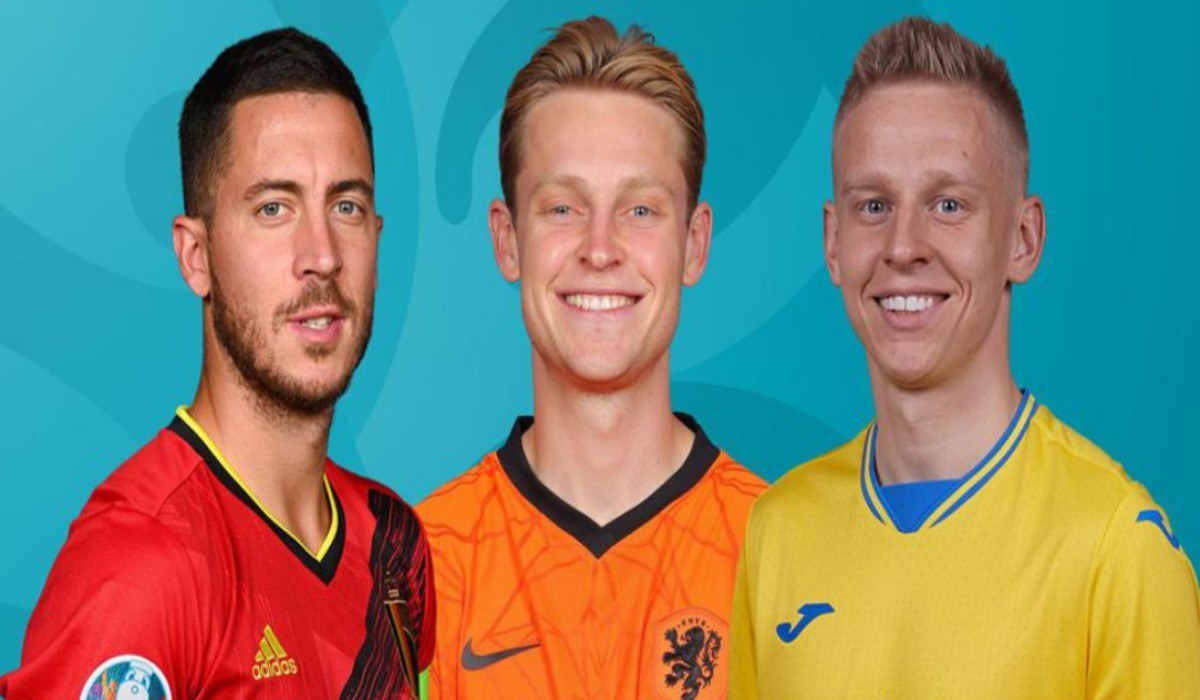