Rishabh Pant has finally announced himself to the world cricket. 2021 has been the year where Rishabh Pant has been able to translate all the talent into results. Results that make him the highest run-scorer for the Indian test team in 2021. Although, yes, that’s a small sample size even then keeping in mind the kind of pitches India has been playing their cricket, this is a commendable achievement and deserves credit.

More than that what really stands out is how comfortable Rishabh Pant looks when he’s batting in the middle. Gone are the days of the 2019 World Cup where Rishabh Pant was thrown into the fire in the World Cup Semifinals and he looked completely out of sorts.

This Rishabh Pant is the wicketkeeper that has won India a test match in Australia with his batting. The thing that the youngster needs to realize and keep in mind is that this is just the beginning. There’s still a long road ahead when it comes to fulfilling his talent and what he has done in the last few months is nothing but a foundation.

Average close to 45 in his test career and already with 3 centuries in the bag, Rishabh Pant has figured out Test Cricket it seems. His ability to mix his natural flair for aggression with a calm approach at the start of his innings has held him in good stead. Against England in the last test match at Ahmedabad Pant redefined the way cricket is played on a slow and difficult pitch by going after the bowling with such ease.

In his short career Pant already has centuries in England and Australia, a feat not many Indian keepers of the past could boast of. But at the same time, the kind of impact he’s making in the minds of the opposition is too evident as well right now. The very reason why England did not declare earlier in the first test against India was because of the presence of Rishabh Pant in the lineup as they didn’t feel secure with the target on board.

The last wicketkeeper to have such an impact on the opposition in test matches was Adam Gilchrist. Will it be fair to compare Rishabh Pant with Adam Gilchrist? Not really, but is it arguable that Rishabh Pant, if he keeps up the tempo is on his way to replicate what Gilchrist did? It isn’t. Rishabh Pant is just 23 years old and he’s starting to figure out life at such an early stage, if he keeps performing the way he is doing right now we could be looking at the beginning of a golden period in the Indian cricket history.

In the purest and the longest format of cricket, Rishabh Pant has already established himself but this is where he needs to understand that there is still work to be done.

When we talk about an aggressive batsman with a natural talent to dominate the bowling then we don’t talk about his impact on Test Cricket. We talk about what he has done or what he will be able to accomplish in the limited-overs format.

Up until now, Rishabh Pant has been a flop in ODIs. With an average in the 20s in both ODIs and T20Is, Pant has not been able to fill the void left by MS Dhoni. His limited overs career has been plagued by rash shots, irresponsible batting, and his inability to capitalize on a start. What Pant has been able to accomplish in the red ball cricket is knowing when to hit and when to stick around.

In white-ball cricket, he has still not found that sweet spot. Before India went to Australia, Pant played for Delhi Capitals and it seemed like he was making an effort to cut down on the rash shots and apply himself a bit more. However, when the time came to switch gears, he was unable to execute that and would lose his wicket.

Pant had an average outing in the IPL and in many ways that was influential in the Indian team picking Wridhiman Saha over him in the first test. Since then, however, Pant seems to have found the solution at least in Test Cricket. He’s found a balance between aggression and patience on the crease. The question though is whether he will be able to translate that to white-ball cricket. Fortunately for him, India has still not found a viable option for ODIs and T20Is. KL Rahul is doing the job of a makeshift wicketkeeper but if Pant can make the kind of impact that can be expected from a player like him then the team management would surely give him the opportunity.

For Rishabh Pant it all comes down to him and his ability to find a balance in the middle. If he can do it then India could have one of the greats of the future. 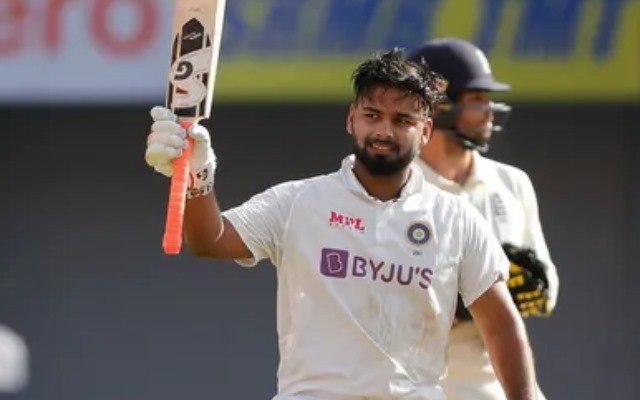