Carlos Sainz will be partnering with Charles Leclerc at Ferrari this year. The partnership, although young, is expected to be at the forefront of Ferrari’s quest for glory. Charles Leclerc, the youngster just in his 4th season has become the face of the most prestigious team in Formula One while Sainz coming on the back of two impressive seasons with McLaren will be looking to help Ferrari get back to winning ways.

Ferrari will be the 4th team for Carlos Sainz in his career. He started his career with Torro Rosso alongside Max Verstappen and would see Verstappen get promoted to the famed Red Bull seat while he was stuck with Torro Rosso in the midfield. Ever since he left the Red Bull stable he has driven for teams like McLaren and Renault. Driving for Ferrari is a dream come true for any driver. But, if we look closely and analyze, Sainz’ Ferrari dream is destined to turn into a nightmare.

Charles Leclerc will beat him convincingly

Carlos Sainz is a pretty good driver. He’s consistent, he’s fast, he did a great job with McLaren in the last two seasons as he helped them reach P3 in the standings. But when you look at the driver he is getting teamed up with, you can guess what the outcome is going to be when both of them drive the same car.

Charles Leclerc, just like Max Verstappen is an elite-level talent. In just his 4th year in Formula One, Leclerc is ranked amongst the best drivers on the grid. He’s not only fast, but he’s also hungry, ambitious and he’s got ridiculous levels of mental fortitude. These are the qualities that usually don’t just define Champions, these are the qualities that define multiple world Champions. When you talk about a Fernando Alonso or a Lewis Hamilton in their youth then you talk about these qualities.

Teaming up with Leclerc in a team that committed to him long-term in just his second year in Formula One is going to be a huge challenge. Moreover, Ferrari is notoriously known as a one-driver team. The whole team is molded around one driver while the second/slower driver is present only as a supporting cast.

Felipe Massa, Kimi Raikkonen, Rubens Barrichello are just some of the drivers that have performed the role in the past. Sainz, a driver with ambitions of becoming a World Champion with Ferrari one day is going up against one of the best drivers on the grid who have the complete team molded around him. If you have to pick his chances of beating Leclerc then they aren’t that bright.

Especially if we look at Sainz’s record in the past.

Carlos Sainz’ Formula One reputation can be a bit deceptive

Carlos Sainz is a highly-rated driver up and down the grid. His stint at McLaren did propel him in the eyes of many and his success was one of the reasons why Ferrari opted for him. But at the same time, we have to realize that Carlos Sainz as a teammate has only beaten Danil Kvyat and Lando Norris in Formula One while losing comprehensively to Max Verstappen and Nico Hulkenberg.
Danil Kvyat is not on the grid anymore and Lando Norris is still too young in Formula One. Max Verstappen and Nico Hulkenberg are respectable barometers to measure a driver’s capability and Carlos Sainz did not fare well against either of them.
Sainz did well in his two years at McLaren. But he did well in a good car with Lando Norris as his teammate. Will it be plausible to suggest that a Nico Hulkenberg or a Max Verstappen might have done better than him at McLaren? It’s not unlikely.
And that’s where things get pear-shaped for Carlos. At Ferrari, once you are a designated second driver in the team it’s a tricky road ahead of you to get back on terms. The whole team galvanizes towards the lead driver and any opportunity or any extra resource tends to get allocated to him.
If Ferrari can turn things around and does eventually become a title challenger then it would not be Sainz that would receive the team’s support for the Championship as Rubens Barrichello painfully found out in 2002.

Mick Schumacher is lurking in the Shadows

It’s no secret that the whole grid, especially Ferrari and Mercedes is keeping a keen eye on the progress of Mick Schumacher. It is still debatable how good Schumacher is. Although he has won both the F3 and F2 Championships on his way to Formula 1, the jury is still out on how good he will be.
The Early indications? He deserves to be in Formula One. How good is he? It’ll take a couple of years to make that judgment.
The thing is if Schumacher is any good he would be fast-tracked to a Ferrari seat sooner than later because of the number of eyeballs he brings to the team. A Schumacher name driving for Ferrari once again would be great for the team and the sport as well and the driver who would face the short end of the stick would be the team’s second driver.
Sainz is on a 2-year contract with Ferrari while Schumacher has a 2-year contract with Haas. Once Schumacher matures enough for the Ferrari seat, he would surely be considered and would in all likelihood capture the seat.
Carlos Sainz is one of the more likable personalities in Formula One. However, Ferrari as a destination has ruined the careers of multiple drivers in the past. In my opinion, Carlos Sainz might just be another addition to that list. 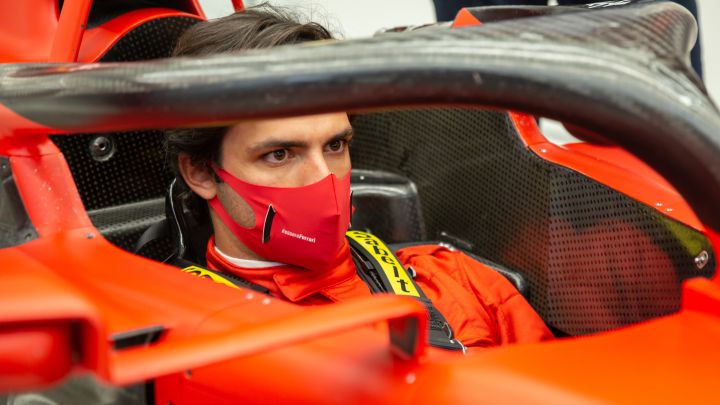