When Sergio Perez was asked back in March how long it would take him to get the best out of his Red Bull in 2021, his answer was five races. Well he wasn’t wrong. The Mexican driver took victory in a dramatic race at the Azerbaijan Grand Prix, the sixth race of 2021, in a season which is increasingly shaping up to be one of the most exciting in recent years as Red Bull take the fight to Mercedes.

After winning his first ever race in Formula 1 at the Sakhir Grand Prix last season in an equally action-packed race, the 31 year-old was joined on the podium by Sebastian Vettel, as Aston Martin finished in the top 3 for the first time, and Pierre Gasly, back on the podium for the first time since that crazy Italian GP last September when he achieved his debut victory. However, while the front 3 will have fond memories of the 2021 Azerbaijan Grand Prix, it was a day to forget for title contenders Max Verstappen and Lewis Hamilton.

Heartbreak for Verstappen as Hamilton blunders

Max Verstappen has been in sensational form this season, finishing in the top two at every race and giving Hamilton his strongest title challenge yet in the turbo-hybrid era. Indeed, victory last time out at Monaco meant he led the driver’s championship for the first time in his career and such has been his pace this season that he was disappointed not to be on pole for the Azerbaijan Grand Prix, instead settling for third behind Hamilton and the impressive Charles Leclerc, who once again started on pole.

Fortunately for Leclerc, he got to start this Grand Prix after missing out at Monte-Carlo when his car couldn’t be repaired in time after a crash in qualifying. Here, he led into the first corner ahead of Hamilton but was soon overtaken by the Mercedes driver and after six laps, Verstappen was into second place and gaining ground on his championship rival.

Hamilton, who won the Azerbaijan Grand Prix in 2018, was determined to do the same in 2021 and pitted on lap 11 in an effort to protect his lead. Unfortunately for him, his stop was delayed as his team had to wait for Gasly to go by, costing him precious time which was easily hoovered up by the Red Bull duo who stopped after him.

At that point it looked as if Red Bull were on course for their first 1-2 finish since Malaysia 2016 as Hamilton struggled to close the gap. Then, with five laps remaining, Verstappen’s left rear tyre exploded on the pit straight in a similar accident to the one suffered by Lance Stroll for Aston Martin on lap 29 which had brought the safety car out. It was a massive disappointment for the Dutchman, who retired from the Azerbaijan Grand Prix in 2018 after a collision with his former teammate Daniel Ricciardo. As the red flag came out, the teams returned to the pit lane before eventually lining up on the grid again for a standing start to complete the final two laps.

Hamilton, on the front row, got the jump on Perez, but carried far too much speed into the first corner locking up his brakes and having to take to the escape road at which point he rejoined to finish 15th. After the huge disappointment of losing out on 25 points for victory, Verstappen will be massively relieved to have seen the reigning champion blow his chance to retake the lead in the standings, meaning his advantage remains 4 points going into the next race in a fortnight at Paul Ricard.

After Mercedes took 3 wins and 4 podiums from the first 4 races of this season, the early-season predictions that Red Bull might finally be mounting a serious title challenge seemed wide of the mark. However, in these last two races, the tide has definitely turned. Mercedes have picked up a paltry 7 points in comparison to Red Bull who have scored 62 and now lead the constructors standings by 26 points.

Particularly concerning for Mercedes is the performance of Valtteri Bottas, who struggled for pace all weekend, qualifying only 10th and finishing 12th. It is the third time this season that the Finnish driver has failed to score points, after a disastrous pit-stop by the Mercedes crew in Monaco and a collision with Williams driver George Russell in Imola. It is a far cry from the form he showed when he won 4 races in 2019 to finish as runner-up in the driver standings, while last season he again finished 2nd at the end of the season.

This season, he finds himself in sixth in the standings, 5 and 14 points respectively behind Leclerc from Ferrari and the impressive Lando Norris of McLaren, the Briton recovering from a 3 place grid penalty that dropped him to 9th on the grid to finish 5th by the flag, scoring points as he has done at every race this season.

While Mercedes have had two poor races, Red Bull have seized their opportunity with Sergio Perez fully justifying why he deserved to have a race seat for this season, after it looked like he would have nowhere to go at the end of 2020 when Aston Martin signed Sebastian Vettel. A driver of his calibre should never have been without a drive for 2021, not least because his of impressive pace over the last decade for a variety of midfield teams, but because he held his nerve to win an equally chaotic Grand Prix in Bahrain last December for Racing Point, another afternoon where Mercedes only took a few points.

The Azerbaijan Grand Prix also has remarkable similarities with the 2016 Spanish Grand Prix, when Mercedes suffered a double DNF after Hamilton and Nico Rosberg took each other out on the opening lap, and Verstappen went on to take his first win for Red Bull in his debut GP for the team after transferring from Toro Rosso. That afternoon, Sebastian Vettel was on the podium as a Ferrari driver and today he did the same for Aston Martin.

It is fair to say it has been a tough time lately for the four-time World Champion, who announced he was leaving Ferrari before the start of last season and then went on to have one of his worst seasons in the sport eventually finishing 13th in the championship. Few would have given him a chance of getting on the podium for Aston Martin, a team that are likely to finish in the midfield come the end of the season.

Indeed, there were not many signs that this result was on the cards, given four non-points finishes at the start of the season. Then in Monaco, Vettel qualified an impressive 8th and did even better in the race, overtaking on the notoriously difficult track to end up 5th, earning him the driver of the day award from the fans online. Starting 11th on the grid at the Azerbaijan Grand Prix, he showed great pace in his first stint, even leading the race for a few laps before his stop, a sight we haven’t seen for some time after those years of domination as a Red Bull driver.

Following his change of tyres, the German came back out in 7th place, moving up a place following his teammate Stroll’s big crash. Upon the restart, he got by Leclerc, who fell back from his impressive pole to finish in fourth, and Gasly, who was delighted to get on the podium for Alpha Tauri. Then, at the final restart, he benefited from Hamilton’s mistake to move up another position and take a fully deserved second place.

Once again, he was voted driver of the day. On an afternoon when others made mistakes and suffered misfortune, Vettel showed why he is still one of the best in the business with a consummate drive to take his first podium since the Turkish Grand Prix last November.

How the season is shaping up

Despite losing out on a 1-2, Red Bull will still be confident that they can beat Mercedes this season given the pace of their car and the natural talent that Verstappen so regularly demonstrates. Crucially for them this season, both their drivers are performing well, with Perez now third in the standings and Verstappen still leading overall. For the first time since 2018, both their drivers have won a race in a season, and this time we are only six races in.

Unlike in previous seasons, the likelihood of Red Bull doing one of their swaps with sister team Alpha Tauri halfway through the campaign like with Daniil Kvyat, Alex Albon and Gasly, seems highly unlikely given the state of play right now, which can only be a positive in terms of their title credentials. Having said that, Mercedes have been here before, beating Ferrari in previous seasons when the Italian team had the superior car and are not exactly short of experience either, having won every driver and constructor championship since the turbo-hybrid era began in 2014.

They will also be happy to see on the calendar that the next race is at Paul Ricard in France, a track where they have qualified 1-2 in each of the races held there since 2018 and where Hamilton has won both. Red Bull, on the other hand, have only one podium to their name there and will be hoping that they can sustain their pace from the Azerbaijan Grand Prix and further increase their slim championship lead. While the Paul Ricard track has been short on excitement on the last two visits there, it will have a lot to live up to after a hugely entertaining weekend at the Azerbaijan Grand Prix, where Sergio Perez took home the 25 points. 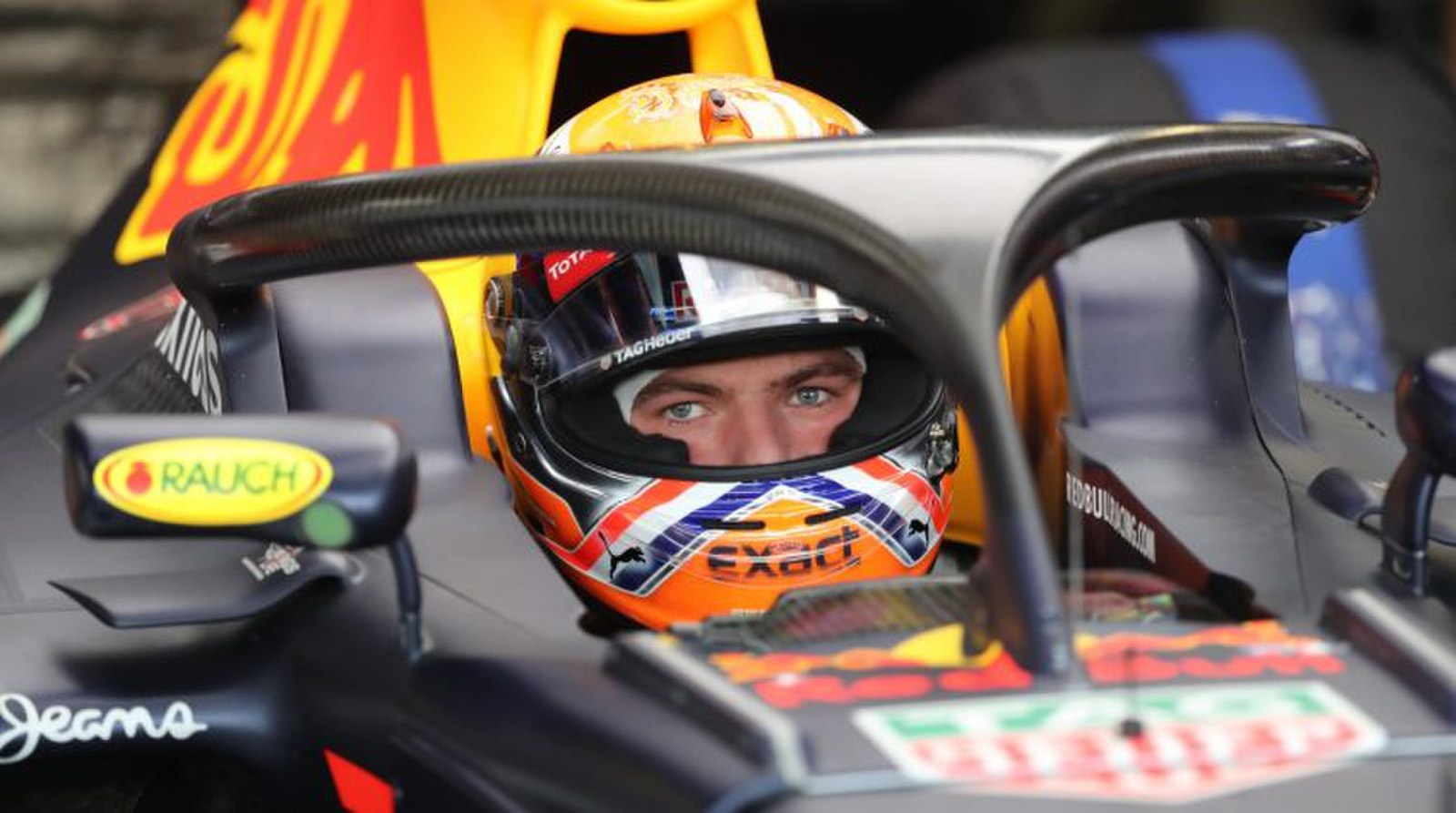