The provisional Formula 1 calendar for the 2021 season has been announced with as many as 23 races on it. With the world still suffering from the Pandemic, it’s hard to say that we would be able to see out all the races without any glitches but there are some notable additions to the calendar. Azerbaijan, Singapore, Monaco, and many others will be making a return while sadly the Turkish Grand Prix will be missing out. Turkish Grand Prix was arguably one of the most action-packed races of the year where something was happening from the very first lap.

Because of various reasons(lack of economic viability) Turkey misses out yet again while some others cut. Some others that are maybe not the most fun races of the year. The races have hardly any action and for the most part, are not conducive to racing. Today we put down 5 of these races that an F1 fan(Basically, me) would be least looking forward to on this calendar.

Abu Dhabi Grand Prix, most of the time the last race of the season is probably not the track you would want to end the season at. The track has never been known to produce great racing in the past and even though some of the Championship finales have taken place here. It’s not the best track for wheel to wheel racing.

There are huge run-off areas so it’s very forgiving and it’s not the most challenging track when it comes to driving. Every year F1 comes to Abu Dhabi and every year after 10-15 laps it becomes evident that the racing order is likely to remain the same. Even this year some of the drivers did raise their concerns about the track layout and the lack of racing that it offers. On a calendar that has dropped Istanbul and still finds a slot for Abu Dhabi, it’s fair to say it’s not the most anticipated race of the season.

It’s very hard to pinpoint why the Russian Grand Prix has never really caught the eye. The street circuit at Sochi with long sweeping straights is supposed to result in great overtakes and action but most of the time that’s not the case here as the track is just not conducive for racing.

You do see quite a few overtakes here because of the straights but more often than not the field does get spread out in races and you don’t see much action. Russia doesn’t seem to have garnered too much local attention either as the passion and love for the sport is just not as evident here as on some other tracks. The intangibles that are usually talked about for a race track are more often than not missing for this race.

Barcelona is a beautiful place with an amazing crowd. The support that Fernando Alonso has garnered on this track is the stuff of legends and the country is really passionate about its sports heritage. But that’s where the buck stops as once the racing begins at Circuit De Catalunya it can get quite dull.

Something that has been said multiple times about this track during races does hold,” it’s an amazing track to test your F1 Car, that’s why the pre-season testing is conducted here but to race on, it’s probably not the most eye-catching”. With the only realistic possibility of an overtake coming on the long straight at the start of the lap the races do become a bit processional here.

Unless the chasing car has a significant advantage over the car at the front it’s almost impossible to pull off an overtake. Over the years there have been some classics at Barcelona (For Instance Max Verstappen’s first race win in 2015) but at least in its current specification, the Spanish GP would not rank highly among the races an F1 fan would be looking forward to watching this year.

Initially, when the French GP was brought back on the calendar there was a lot of anticipation on how the F1 cars would look going around the legendary Magny Cours Circuit. When it was later revealed though that the French GP would not be held at Magny Cours but rather at Paul Ricard it was a bit of a dampener for everyone.

While Magny Cours is conducive to some great racing sequences throughout the lap the same cannot be said about Paul Ricard that was primarily a Test Track for Formula One Cars. The track is neither conducive for the wheel to wheel action neither is it punishing enough if a driver goes beyond the limits. With extensive run-off areas, the track is very forgiving and the margin of error is quite comfortable for the drivers while operating. While it is great to have a French GP back on the calendar, holding the race at Paul Ricard hasn’t really yielded too many great races. No wonder French GP is not a race that stands out on a calendar packed with 23 races.

Many a time Hungary has been called “Monaco without barriers” because of the flowing nature of the circuit. Most of the lap has a single racing line which makes it much less conducive to racing. To be fair to Hungary it has produced some great races in recent times with the epic battle between Max Verstappen and Lewis Hamilton featuring in the 2019 season being one of those occasions.

Jenson Button’s victories in 2006 and 2011 too were some of the best races of the season but in between that there have been some pretty dull races at Hungary and unless there are some extenuating circumstances the races can be a bit, for lack of a better word, boring. Even though Hungary has grown on me in recent times it still would rank among the races that I would be least looking forward to this season.

Now, this was my pick of the 5 races that I would be least looking forward to this season. Do share in the comments section if you agree, disagree, or If I missed something. 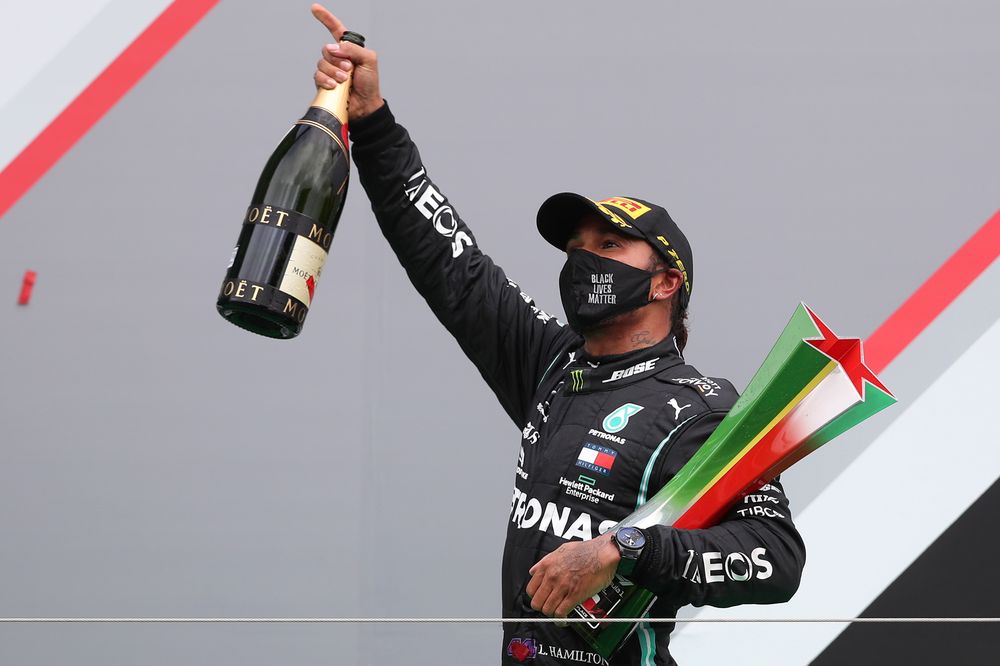