4 World Championships, 53 wins, and 58 pole positions, Sebastian Vettel has been there and done what any driver would aspire to do before they enter Formula One. But despite achieving so much, he stands at a crossroads right now as a new phase of his career begins in 2021 with Aston Martin. What Vettel does during his stay at Aston Martin could ultimately define the German’s legacy in Formula One.

Rise to the Top with Red Bull

Sebastian Vettel’s Formula One career can be divided into two phases. The first phase would be the time with Red Bull where the youngster graduated from Torro Rosso to the senior team and started competing for the title straight away in 2009. He would go on to become a 4-time World Champion with Red Bull and in the process become the youngest ever F1 World Champion.

During the period from 2009-13, Vettel morphed from a prospect to a top tier driver that would rarely make mistakes throughout the race weekend. He fought back from adversities in 2010 when his car broke down multiple times while leading the race to still win the championship in the last round of the season. Once he did that, he never looked back and won the title in the next 3 years.

During this period Vettel amassed pole positions and race victories with such metronomic consistency that comparisons were being drawn with Michael Schumacher, his idol. By the end of 2013, Sebastian Vettel was a 4-Time World Champion and many considered him to be the best driver on the grid, a grid that had Fernando Alonso, Lewis Hamilton, and Kimi Raikkonen as former World Champions.

Moving to Ferrari and Decline in Performances

This is the point where the second phase of Vettel’s career began. Vettel, a purist by heart was never a fan of Formula One moving from the V8 engine to V6 Turbos. 2014 was the year that marked a switch to V6 Turbos and it turned the formbook on its head. Red Bull was no more the dominant force and Mercedes took over in every aspect as the most dominant force in the sport.

A new era had begun that was dominated by the engines and Red Bull having Renault as the engine supplier was heavily compromised. While Mercedes had the engines which were the class of the field the Renault engines were not even in the same ballpark. With no chance of even fighting for the title and getting outshined by his new teammate Daniel Ricciardo, Vettel appeared distant and disillusioned in his own team and to the surprise of many announced a move to Ferrari for the 2015 season.

The allure of Ferrari is hard to avoid for any driver on the grid but the move did come as a shock as Vettel and Red Bull had spent the better part of the decade dominating the grid. Vettel moved to Ferrari knowing it was going to be a long-term project and with the dreams of emulating what his idol Michael Schumacher had done in the Scarlet colors.

The start was promising as Vettel would win just his second race with Scuderia at Malaysia and was a regular podium contender. The breakthrough win though did come in Singapore 2015 where Vettel dominated the weekend by putting the car on the pole and getting the win in the night race.

It wasn’t until 2017 and 2018 that the Ferrari was a regular contender for victories as Vettel went head to head with Hamilton for the title. The battle was neck and neck between the two teams but in both the seasons Hamilton would pull away in the second half of the season while the Ferrari-Vettel combination would implode.

ALSO READ:  Sacrificing a season: Lewis Hamilton and the W13

The most significant moment has to be the time when Vettel crashed out of the lead at Hockenheim in 2018, effectively handing over the lead to Hamilton who never looked back. It was during this time that another side of Vettel came to the fore. A side that portrayed him as a crash-prone driver just not capable enough in the wheel to wheel combat

Vettel was criticized for his driving and the famed Tifossi turned on him. Things became worse in 2019 as the young pretender in Charles Leclerc got the jump on Vettel and outscored him in his very first season in the team. By 2020 Vettel was shown the door by Ferrari as the Scuderia put all its eggs in the Charles Leclerc basket for the future.

In many ways, the Sebastian Vettel of 2020 just didn’t look the same. On-track shenanigans aside, Vettel outside the car was just not the same person. The talk of winning a championship was not at the top of his mind whenever a camera was put in front of him. He openly admitted failure in not being able to achieve a championship with Ferrari and just didn’t look like someone who was particularly upbeat about the future.

The Sebastian Vettel of 2014, who had lost to Daniel Ricciardo was upbeat and looking to turn things around and win with Ferrari. Vettel in 2020 almost looked defeated as he conceded Charles Leclerc was driving better than he was and there weren’t too many conversations around mounting a championship challenge again.

The failure at Ferrari was not entirely Vettel’s fault although he does take a portion of the blame. But what his stint at Ferrari has done is that it has dropped Vettel from the Pedestal that he was on when he joined Ferrari. Vettel, when he joined Ferrari was considered among the best drivers on the grid. Right now, it would be hard to put him amongst the top 5 drivers on the grid.

Vettel at Aston Martin and Beyond

There was a real possibility of Sebastian Vettel not getting a drive for the 2021 season until Aston Martin came into the picture. Sebastian Vettel’s legacy has been tarnished heavily by his stint at Ferrari, more than that it seems to have taken a toll on him mentally. If the Sebastian Vettel that drove for Ferrari in 2020 turns up for Aston Martin then it just won’t look good for the German and his legacy. Many people have questioned his Red Bull stint as the one where he was just driving the best car on the grid with a weak teammate. If he doesn’t improve then that belief would only get stronger.

But if Sebastian Vettel can reignite the old flame and turn back the clock to what he was at Red Bull then he can prove that the failure at Ferrari was not entirely his own doing. At 34, Sebastian Vettel’s legacy in Formula One is at a crossroads, if he does well with Aston Martin he would go down as one of the greats of the sport. If he doesn’t then he might end up tarnishing his legacy even further. History might not be so kind to him in that case. 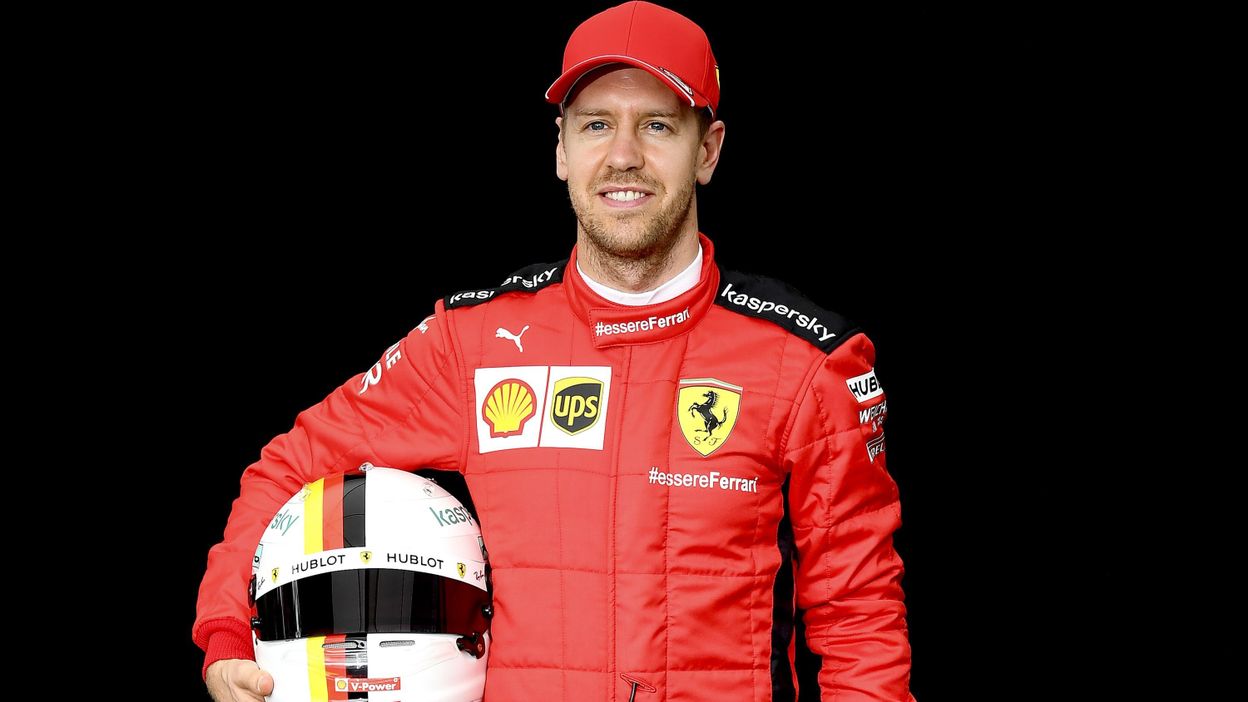