The Formula One season kicks off after a break of almost 3 months in Bahrain. The Pre-Season testing’s duration has been cut short to just 3 days as compared to the usual 6 days last year. The teams, with just 3 days to pack everything in would have to be ultra-cautious and prepared before heading into the season. Every team heads into the season with a different set of targets. Today we list down what could be the key targets for each team heading into the pre-season test.

One of the biggest issues(if any) that have plagued Mercedes in the past has been the reliability on the engine side. More often than not, ever since the regulation change in 2014, Mercedes has been the standout team during the pre-season testing. The team has more often than not hit the ground running as soon as the clock starts ticking. The only issue though that seems to have plagued the team in the past once or twice is the slight niggle they face on the engine side every year. Mercedes, on their part, would be looking to keep things smooth throughout the testing and analyze how the changes they’ve made on the car work.

Red Bull’s biggest issue for the last two seasons has been its inability to carry on the year-end form of the previous season into the next year. Multiple correlation issues faced by the team have thwarted the team’s development in the off-season and the team has had to catch up with Mercedes during the season. Red Bull would be hoping that the developments made on the car have the desired effect and the team can stay within touching distance of the Mercedes.

McLaren would have some of the biggest challenges on the grid as compared to other teams. By migrating power units from Renault to Mercedes, the team would need every lap it can get to better understand the Mercedes power unit. The team would also need to give Daniel Ricciardo sufficient time on the track to acclimate with the team.

Aston Martin(A.K.A Green Mercedes?) has undergone a massive rebranding exercise. The team is at a crucial juncture right now. With aims of challenging for the title in the future and having a foundation as good as it had last year, Aston Martin would be hoping to get their new signing Sebastian Vettel well entrenched within the team and provide him with the necessary confidence to express himself. After a great platform set by the team last year, they would be looking to build on it this year with solid 3 days of running.

For Alpine, the most crucial part of testing would be to give Fernando Alonso as much track time as they could. The Spaniard has just recovered from a broken jaw and would be looking to absorb as much as he can about the car in the limited one and a half days of running that he would have. Alpine, on their part, would be looking to build on a decent season while constantly focussing on improving reliability that deterred their fight for P3 in the formula one constructor’s championship

For Ferrari, the key to their progression through the midfield would entirely depend on the improvements they make on their power unit. Mattia Binotto has claimed that the team has recovered most of the lost performance and the car would include a revised aero package. For Scuderia, the most crucial aspect of the pre-season test would be measuring the power unit performance on the various factors including power and reliability.

Alpha Tauri decided to not incorporate Red Bull’s rear-end design into the AT02 and instead focus on improving the front-end. The team features a new nose design and would be looking to analyze whether the new changes bring in the necessary improvements that the team is looking out for.

Haas, in its own words, has already given up on the 2021 formula one season and will be focusing primarily on the 2022 formula one season. The car doesn’t have too many changes as compared to last year and would not feature too much development throughout the year either. The primary objective for Haas throughout the test would be to give the two rookies making their debut in Formula One, ample track time so that they can extract whatever is possible out of the Haas’ challenger for the 2021 season.

Alfa Romeo’s car launch featured a multitude of changes on the car, especially on the nose section. The team would be banking on the team’s stability on the drivers’ side to understand whether the changes made to the car would actually be beneficial and could propel them a little higher in the midfield. 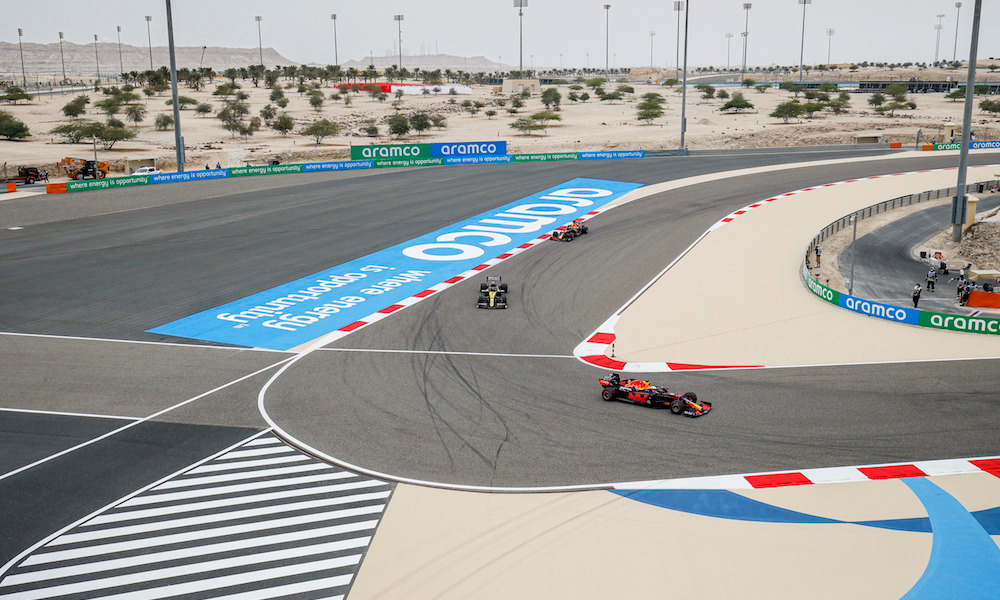