It cannot get any bigger than this. The world’s two top-ranked T20 International teams — India (No. 2) and England (No. 1) clash in the first match of the five-match T20I series at the Narendra Modi Stadium in Motera, Ahmedabad, on Friday, just months before the ICC T20 World Cup later this year. The record also hangs in balance as both teams have won seven T20Is each in the 14 games that they have played against each other so far.

England white-ball skipper Eoin Morgan and his deputy Jos Buttler have already said that India would be the favourites to win a second World Twenty20 title. India skipper Virat Kohli, however, believes Morgan’s side, who won the 50-overs World Cup two years ago, deserve that tag. “I think it’s England who will be the team to beat,” the 32-year-old told a news conference. “They are the number one side in the world and the prime focus will be on them in this World Cup.”

But Morgan said the Virat Kohli-led India are very difficult to beat in their backyard and the limited-overs matches will be a challenge for his team. “I probably will replicate the answer. India is the team to beat given we are playing them away from home. They are a very difficult side to beat in India,” Morgan said ahead of the series opener. “Given that the World Cup is here, I do think they will enter the World Cup as favourites, so this is going to be a great test for us and a great challenge and throughout the whole tour and not just for T20s,” added the 34-year-old Dublin-born batsman.

“It is going to be from our point of view a learning process, going through what positions we might find ourselves in seven month’s time at the World Cup, with a perfect case scenario that we are playing against one of the best sides in the world, in their backyard and we know they are very difficult to beat,” Morgan said.

Kohli’s primary aim in this series will be to get an idea of his core group of players going into the ICC T20 World Cup in October. And he couldn’t have hoped for a better opposition than a world-class England, who too will be looking to gain experience before the mega event.

“This is a fantastic opportunity for us to play in conditions where we will be playing the World Cup,” England’s explosive batsman-keeper Buttler said. But India vice-captain Rohit Sharma wants to focus on the present.  “If we focus on the present, the future will take care of itself. It’s a long series and it’s important to see where we stand as a team and individual,” Rohit said.

The visiting Englishmen who lost the four-match Test series 3-1 are now looking to restore pride in the five T20Is and three ODIs after taking over from Test captain Joe Root.  The England players are expected to pose a tough challenge for Virat Kohli’s boys as their team comprises hard-hitting batsmen who are more adept at playing on flatter surfaces in limited-overs games unlike in Test matches where the pitches demanded application against spinners. 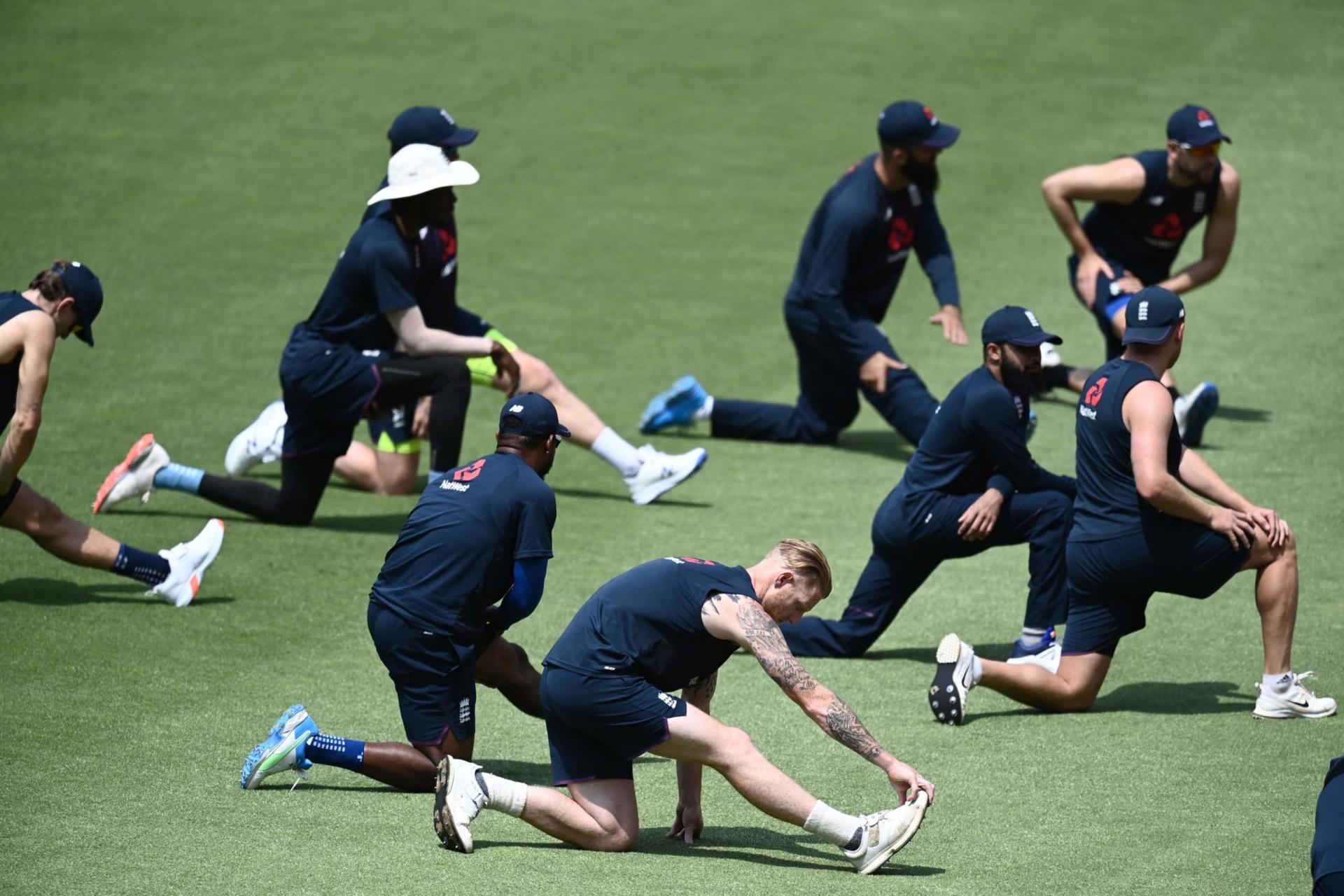 England players during practice in Ahmedabad

As many as 13 of the 16 players in this England’s T20I squad have prior experience of the Indian Premier League (IPL) with some of the top players like skipper Morgan, Ben Stokes, Buttler and Jofra Archer being an integral part of their respective IPL squads. India, on the other hand, will see the return of gusty wicketkeeper-batsman Rishabh Pant who was ignored for both the white ball series in Australia late last year. However, his performances in Test matches make him a strong contender for the Indian middle-order especially the No. 4 or No. 5 batting positions.

India’s opening batting will also see the return of Rohit Sharma, who will open with KL Rahul, who kept wickets in the last T20I series that India played in Australia. But this series will see the gloves return to Pant. The next week and half would be an indication as to which direction the teams are headed in terms of preparations for the marquee event later this year. 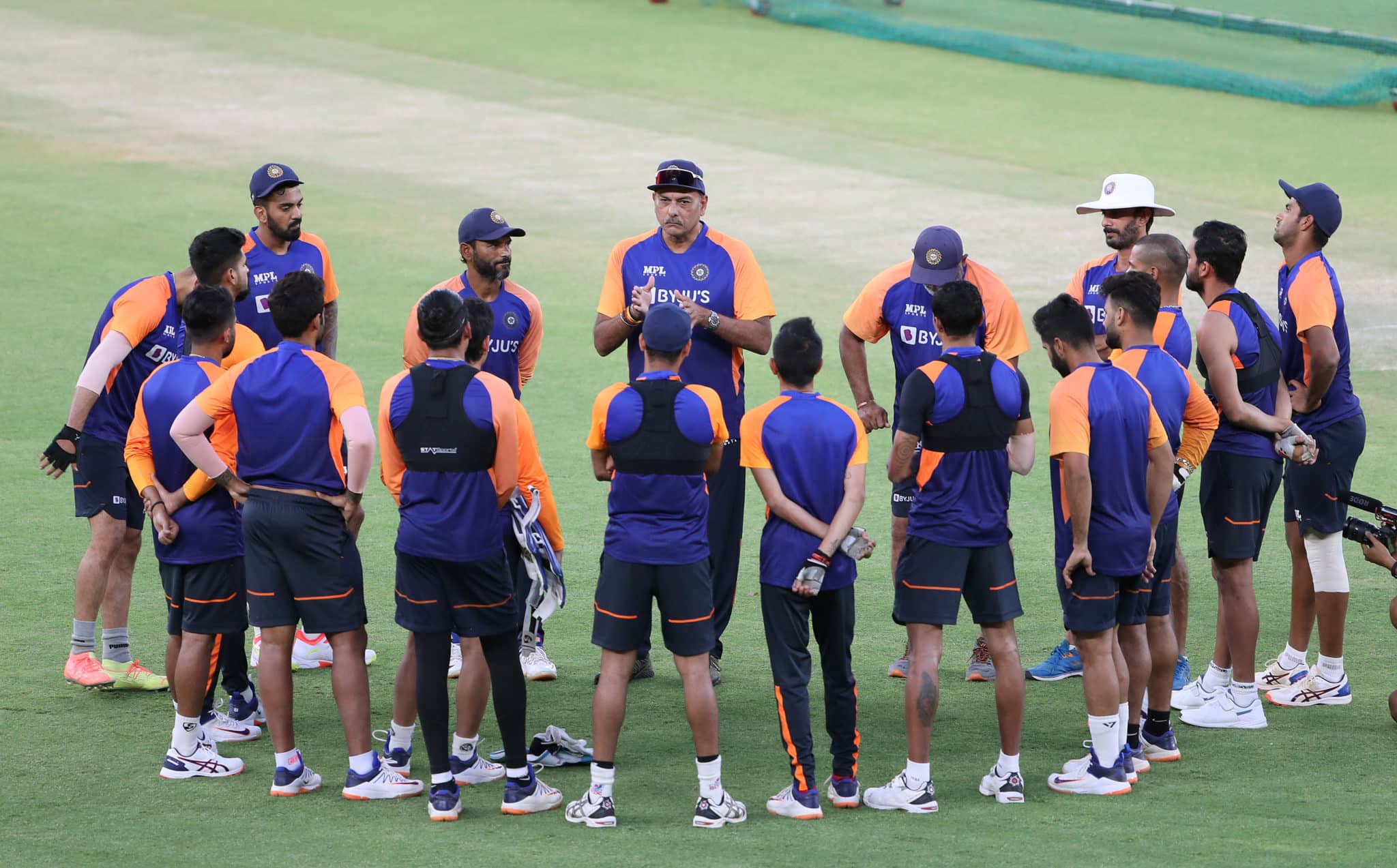