A full weekend of anticipated northern hemisphere rugby awaits as the Six Nations 2021 resumes its tournament this weekend. Unlike the last round of fixtures where one game was cancelled due to active Covid cases, all six teams will be in action this weekend! The weekend of rugby action kicks off at Stadio Olimpico, where Wales play hosts Italy as another grand slam triumph is just two games away for Coach Wayne Pivac’s Welsh side.

Italy: Coach Franco Smith makes five changes to his team that were beaten by Ireland two weeks ago. Scrum-half, Stephen Varney is starting this weekend, along with a new prop pairing of Danilo Fischetti and Giosue Zilocchi. Other changes in the Italian side sees lock, Niccolo Cannone get the starting place in the side with right-winger Mattia Bellini starting instead of Luca Sperandio.

Italy is still without a win this Six Nations 2021 tournament, can they overcome the Welsh in Rome on Saturday?

Wales: Welsh Head Coach Wayne Pivac has only made two changes to his side that triumphed over England in round 3 of the Six Nations. Changes made to the team sees lock Cory Hill replace Adam Beard and Gareth Davies replacing the injured Scarlets scrum half Kieran Hardy. Wales head into this encounter as firm favourites and the triple crown 2021 inners are only two fixtures away from an unbeaten Six Nations 2021 tournament.

England: Head Coach, Eddie Jones has made three changes to his side that went down unprecedented last round against Wales at Cardiff. Changes see off form fullback, Elliot Daly replaced by Max Malins, lock Charlie Ewels starts above Jonny Hill and hooker Luke Cowan-Dickie gets selected above England veteran Jamie George. A victory is key for this fixture against a tough French opposition, where a defeat will end all English hopes of defending their Six Nations crown.

France: A covid-free French side is set to win their first at Twickenham in the Six Nations since 2005. France was hit by unexpected Covid-19 cases two weeks ago which saw the postponement of their last fixture; however, the coaching staff and players are fully recovered and are hoping to achieve a top victory against their arch-rivals England. Returning to the side is Roman Ntamack expecting to start off the bench, whereas in-form South African-born lock Bernard Le Roux did not pass his fitness test for this weekend’s trip to London.

Scotland: Four changes have been made to the Scottish team who last played against Wales a month ago. Their fixture against France got postponed due to the active cases of Covid-19 in the French side. If Coach Gregor Townsend starts prop WP Nel in place of the suspended Zander Ferguson. Flanker Jamie Richie also gets a starting position, while Sean Maitland starts on the right wing with inside centre Sam Johnson will run out for Scotland this weekend. The Scottish side eagerly awaits the return to Six Nations Rugby and will look to get one up over their Irish rivals. The last Scottish win over Ireland dates back to 2017, can Scotland overturn recent results and overcome the Irish this Sunday?

Ireland: Coach Andy Farrell has remained consistent with his side selection by only making three changes to his side who were victorious in Rome. Changes see prop Cian Healy start above Dave Kilcoyne, hooker Rob Herring get the nod over Ronan Kelleher, and the final change sees Keith Earls start at right-wing over Jordan Larmour. The last match, Ireland played they triumphed over Italy by 48-10. Has Coach Andy Farrell found his winning formula with Ireland?

Italy v Wales: It will be a huge task for Franco Smith’s Italian outfit to pull off a victory against an in-form Welsh side. The current form and clear lack of quality players will be evident in Rome, as Wales will dominate the majority of the fixture. The question remains, for how long can Italy weather the storm, until the flood gates open? With an expected high-scoring encounter, and with an exciting Welsh backline, I predict Wales to secure a bonus-point victory and win by 30 points!

England v France: History serves Coach Eddie Jones’ side for this fixture, however to date France have had an unbeaten Six Nations 2021 campaign to date. Form will be favoring the French, however with below par and an ill disciplined England side this game brings plenty of unpredictability as kick off draws closer. The French have the experience to overcome the resilience of the English, so I will call it going down as a tight game, with Le Bleus winning it with a marginal 5 points.

Scotland v Ireland: This game is the ideal fixture to wrap up a great weekend of action-packed Six Nations Round 4 fixtures. Both sides will have a point to prove as they have both had one defeat a piece this Six Nations 2021 tournament. Ironically to date, both sides were outmuscled by triple crown winners Wales. However, Scotland have proven to be more lethal in executing their try-scoring opportunities. Therefore I will go ahead and predict Scotland to win by 5 points this coming Sunday! 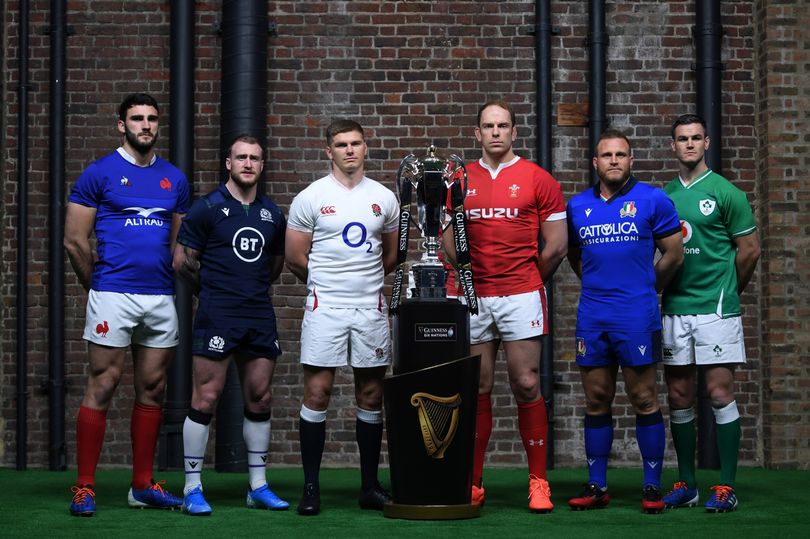