In a recent feature done by Sky Sports F1, Martin Brundle talked about his recent interaction with Lewis Hamilton and the fact that to him, Hamilton looked a bit “Grumpy” about how the contract talks had unraveled with Mercedes. He also talked about how Lewis Hamilton didn’t seem that confident about prospects of Mercedes continuing to be competitive this season. Something like this should raise alarms if you are a Mercedes or a Lewis Hamilton fan because what this means is that there are clearly some chinks in the armor that are starting to develop at Mercedes.

It was slightly strange to see how the contract talks had unravelled between Lewis Hamilton and Mercedes. It wasn’t until February with just weeks left before the start of the season that Mercedes announced an extension of the contract for Hamilton. Even when the extension was announced, the fact that it was only a one-year extension of his contract caught everyone by surprise. Surely after a lengthy negotiation period, Mercedes and Lewis Hamilton might have reached an agreement to sign a multi-year deal.

But with just a single-year extension it became clear that the driver and the team had probably still not reached an agreement. With a paucity of time, both parties had agreed to put off the discussion for later in the year.

Probable factors behind the delay in contract extension

The delay could have been either on the side of Mercedes or even on the side of Hamilton as well. Mercedes, on their part, would be looking at the future. With Hamilton already 36, it won’t be long before he calls time on his career and it also won’t be long before drivers like Max Verstappen and Charles Leclerc start taking over from him in terms of performance on the track.

Mercedes at this stage of Hamilton’s career might be looking at either grooming a George Russell by Hamilton’s side or looking at a change of guard altogether by bringing in a Max Verstappen or a Charles Leclerc. The other factor could be the salary that Hamilton commands, a salary that is by far the most any team pays to its driver on the grid. With budget caps on the horizon and the world economy at a very delicate stage right now, Mercedes would be finding it hard to pay Hamilton the big bucks that he commands.

On the other side, Lewis Hamilton too might not be interested in sticking around Formula One for far too long. He’s already achieved more than what any driver in history has been able to achieve. The eighth Title triumph that will make him the most accomplished driver in the history of Formula One can be won this season where Mercedes is yet again expected to have the best car on the grid.

Is Lewis Hamilton not sure about Mercedes’s prospects?

Also, there might be a case where Lewis Hamilton knows something that we don’t about the future competitiveness of the Mercedes. Maybe he has seen something that we haven’t that makes him believe that Mercedes might not be the same force it is right now and hence it doesn’t make sense to sign a long-term contract with the team in that case. Even in his interaction with Martin Brundle, he called out Brundle’s assessment of Mercedes being a favorite this season.

It’s slightly uncharacteristic for the teams and the drivers to delay the contract extensions to the extent Mercedes and Lewis Hamilton did. There were question marks already on whether everything was fine between Hamilton and Mercedes when only a single-year extension was signed by Hamilton. These revelations by Martin Brundle do make you think whether there is a wrinkle or two starting to develop between the relationship of Lewis Hamilton and Mercedes.

Either way though, it makes for a great storyline before the season kicks off in Bahrain at the end of March. 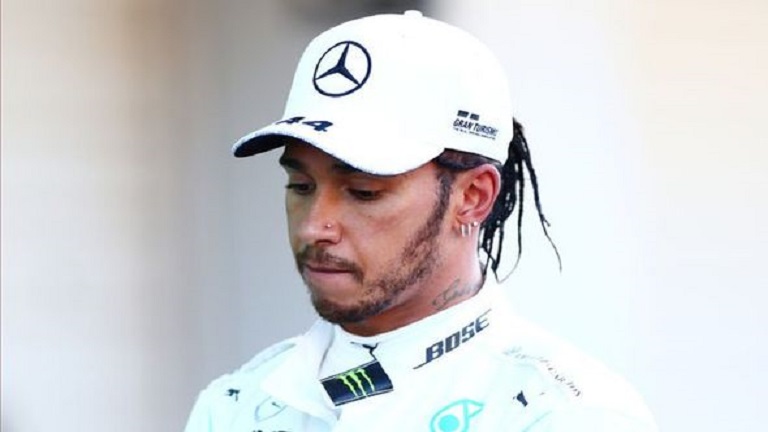