The India-England Twenty20 series is living up to its billing as a battle between the top two sides in the shortest format of the game. India survived some nervy late overs to register a series-levelling eight-run victory over England in the fourth T20 International in Ahmedabad on Thursday. The series will now be decided in the last match on Saturday. Asked to bat first, India posted 185 for 8, their highest total in the series, thanks largely to a 31-ball 57 from Suryakumar Yadav and then restricted England to 177 for 8 to win the match and level the five-match series 2-2.

The visiting side was in the hunt till Ben Stokes (46 off 23 balls) and Jonny Bairstow (25 off 19) were on the crease with the Indian bowlers leaking runs in the middle overs. The dew also created problems for the bowlers to grip the ball. But the home side made a fine recovery with Hardik Pandya and senior pacer Bhuvneshwar Kumar leading the way. England needed 23 from the last over and Jofra Archer hit a four and a six but could not get the required runs in the end. From 132 for 4 at the end of the 15th over, England could add just 45 runs in the last five overs.

India was led by Rohit Sharma in these anxious moments as regular skipper Virat Kohli left the field. Pacer Shardul Thakur ended with figures of 3 for 42 while Pandya got 2 for 16. After youngster Ishan Kishan earlier this week, it was another debutant Suryakumar Yadav who lit up the match for India. Yadav, who replaced an injured Kishan in the lineup, was quickly into his stride in his maiden T20 International. Jofra Archer (4/33) welcomed him to international cricket with a short ball which was hooked over fine leg for a maximum. And that was only the teaser for an innings highlighted by courage and character from a man who had been waiting in the wings for a while to earn his India stripes.

Yadav hit a fiery 31-ball-57 (6×4; 3×6), playing a key role along with Thakur and Pandya in India’s tense win. Yadav played an innings that was near flawless in conception and impeccably in execution. Against the pacers, like Chris Jordan, Yadav used the pace to his advantage to find the gaps to the boundary, while spinner Adil Rashid’s deliveries like the one he tossed up in the seventh over were sent soaring over extra cover.

Yadav got ample support from his Mumbai teammate Shreyas Iyer, who scored a valuable 18-ball-37 (5×4; 1×6) and Rishabh Pant chipped in with a handy 30. The Mumbaikar was dismissed by left-arm seamer Sam Curran as Dawid Malan’s contentiously low catch at fine leg, which appeared floored, passed muster with the third umpire. A fine innings cut short, but a game-changing one nevertheless. India began to scent victory when Thakur and Pandya turned game-changers in the death overs. In the 17th over, Thakur sent back Stokes and Eion Morgan off consecutive deliveries. Pandya followed it up with a stirring exhibition of bowling, conceding just six runs and sending back Sam Curran to finish with 2 for 16. Rahul Chahar, in place of Yuzvendra Chahal, returned 2/35.

Put in to bat, Rohit (12) began in a blazing fashion, sending Rashid’s googly over long-off for a six. In the company of KL Rahul (14), Rohit promised much but failed to deliver as soft dismissals were the norm for India’s top-order. Archer decoded Rohit’s plan quickly and variation of pace ensured Rohit gifted a return catch to the pacer. Rahul too was done in by a slower one from Ben Stokes, while skipper Kohli shocked himself when he failed to read Rashid’s googly and ended up being stumped by Jos Buttler. In the bid to accelerate the scoring, the lower middle-order swung the bat at every delivery and as a result, India lost three wickets in six deliveries. 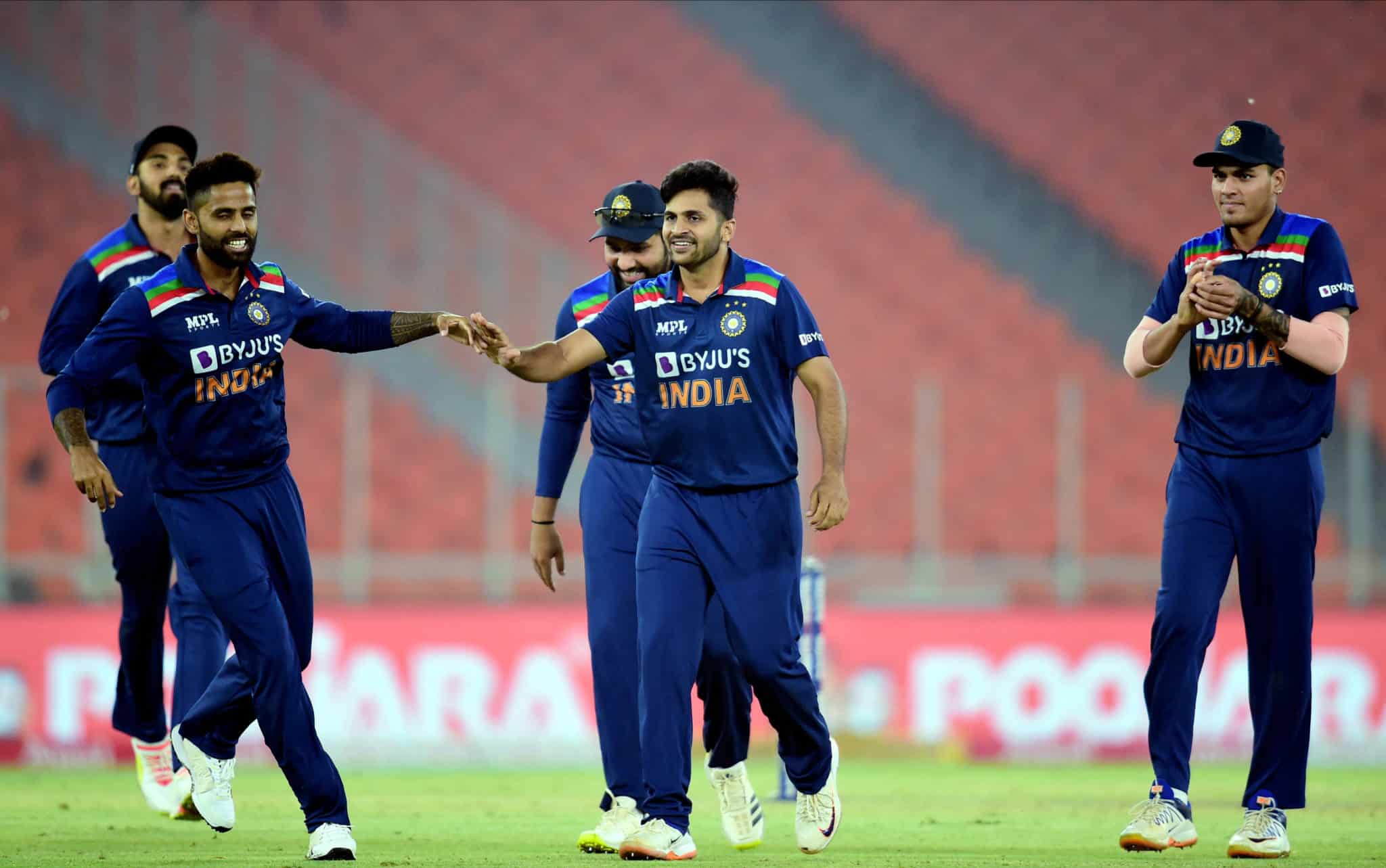