They booked a stadium and filled it with fans. They charged the best part of £30 for PayPerView. There were celebrities in attendance and elaborate ringwalks. Sweet Caroline and other favourites blasted from the PA. TV presentation was highly produced and slick.

In other words, all the important elements of a big 21st century event were in place.

Lurking behind those headline facts, the insignificant matter of the actual boxing was a tawdry affair, just as anyone with any sense said it would be. But that does not matter. Why should it?

What really matters is that those involved made plenty of money. And that drunken attendees were entertained by the lasers, fireworks and general hullaballoo.

In that sense, the whole thing was a success.

However, those who have followed boxing for some time, or had some involvement in the sport will not view things in those terms. The goodwill Tyson Fury engendered by hauling himself out of the mental health abyss in 2018 and completing three titanic battles with Deontay Wilder is being eroded.

When you are the world heavyweight champion, you bear a certain responsibility. Whether you like it or not, you do.

The top man in the blue riband division carries the sport’s reputation on his shoulders. His fights are watched by a global audience and reflect on the fight game itself. Youngsters will view these types of shows and compare them with action provided by competitors like the UFC, thereby shaping choices which last a lifetime.

The reflection provided by Fury v Chisora was an extremely ugly one.

Like a sort of Ali / Bundini hybrid in interviews, the Gypsy King remains an unpredictable and gregarious character – his own hype man. He is also a boxer whose physical attributes and considerable abilities place him in the conversation with the sport’s all-time greats. But if he and his people are not careful, he will soon turn himself from hero to villain.

The whole thing was a PR disaster from the get-go. When Chisora was announced as the WBC heavyweight champion’s next challenger, eight or nine weeks back, dismay was universally expressed. It appeared to be a horrible mismatch and cynical cash-grab. Chisora has looked worryingly shopworn of late and lost three of his last four before Fury. Fury had also beaten him comfortably twice before.

The Gypsy King became defensive and tetchy when the validity of the match-up was questioned, not a good look. Widely held suspicions were that this was two things, an easy, keep-busy fight for the champ, and a favour to an old mate. Fury was handing his pal, Del-Boy a payday and expecting the public to cough up for it.

As a result, the promotional counter-narrative arose that it would be a toe-to-toe firefight. That Chisora was a warrior and would bring the heat. Some pre-fight nonsense even suggested the action would be comparable to Hagler v Hearns.

Yet what transpired was exactly what everyone feared would transpire. The fight was an awful, one-sided spectacle. Chisora took way too much punishment for a man who has taken more than enough in the past and worse than that, Fury actually appeared to be carrying him. Del Boy looked ripe for a stoppage loss by the end of round three, but the champion stepped off and released the pressure. All this achieved was extending an unnecessary, prolonged beating into the later rounds.

Chisora’s corner mystifyingly continued sending him out and the only one involved who emerged with any credit was referee, Victor Loughlin who ended the farce in the tenth.

With Oleksander Usyk and Joe Joyce waiting at ringside for a bit of pre-Christmas panto, the prospect of more competitive title fights awaits. Let’s hope they come soon.

Fury and boxing have to do better. 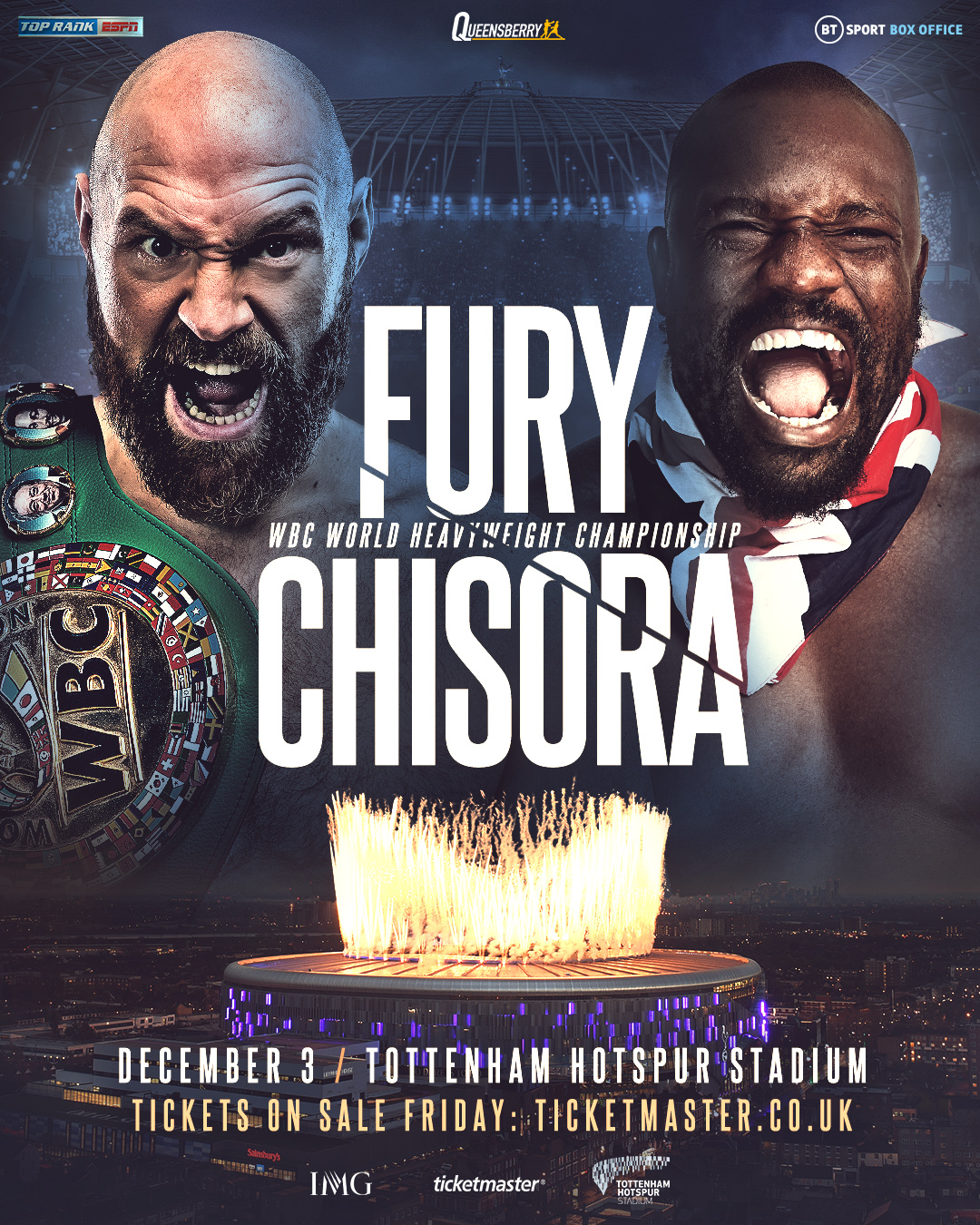