Following postponements, there was not a full week of Championship fixtures but we were able to see seven games which involved the top four sides in the division. With more surprise results and big teams dropping points, we take a look at the weekends results and how each side performed.

Let us know in the comments how you rated your team’s performance.

Friday night saw West Brom drop more points away to strugglers Barnsley in foggy conditions. The Baggies dominated the game with 58% of possession and 16 shots. Michal Helik picked up the Man of the Match award. The Barnsley centre back was not afraid to put his body on the line and made a crucial goal line clearance from Karlan Grant.

The lunchtime kick off on Saturday saw another surprise result as Scott Parker’s Bournemouth side lost 1-0 away to Middlesbrough. Boro, who it could be argued were the better team, got the breakthrough early in the second half as Isaiah Jones was brought down in the penalty area. Andraž Šporar converted for his fourth goal of the season and it sees second place Bournemouth winless in six.

ALSO READ:  Who is going to win the Championship golden boot?

The surprise package of the season picked up their fifth straight win as they put four past a struggling Blues side. Ben Brereton Díaz continued his goal scoring form with two goals and teammates John Buckley and Reda Khadra also got on the score sheet. Rovers currently find themselves three points off top place but Birmingham sit in 17th place with just one win in seven.

Blackpool picked up their first win in eight games as they piled more pressure on Peterborough who have only won one away game this season. Despite the away side taking the lead, The Tangerines fought back well and substitutes Sonny Carey and Jerry Yates were on the scoresheet. Neil Critchley’s side move up to 13th but Posh remain in 21st.

Despite taking the lead and saving a penalty inside the first five minutes, Bristol City were the losing side in a 3-2 defeat to Huddersfield. Duane Holmes, Danel Sinani and Daniel Ward were able to pounce on awful defending and earn The Terriers their first win away since the middle of September. This win sees Town just two points outside the play offs and City sit in 18th place.

Forest came from a goal behind to earn another three points which has seen them move to just one place outside the play off places. Keane Lewis-Potter gave The Tigers the lead just before half time before an arguably soft penalty was given to Forest. Lewis Grabban converted before Brennan Johnson scored the winner with 13 minutes to go. This was Hull’s first defeat in seven and they remain four points above the relegation zone.

An early goal from Iliman Ndiaye was the difference between the two sides as Fulham remain winless in five games. Despite having 71% of the ball, the home team could only muster one shot on target and were unable to break down a solid Blades side. Heckingbottom’s side move to just three points off the play off places and are unbeaten in five games.

The following Championship fixtures were all postponed due to COVID outbreaks and will be played in the upcoming weeks: 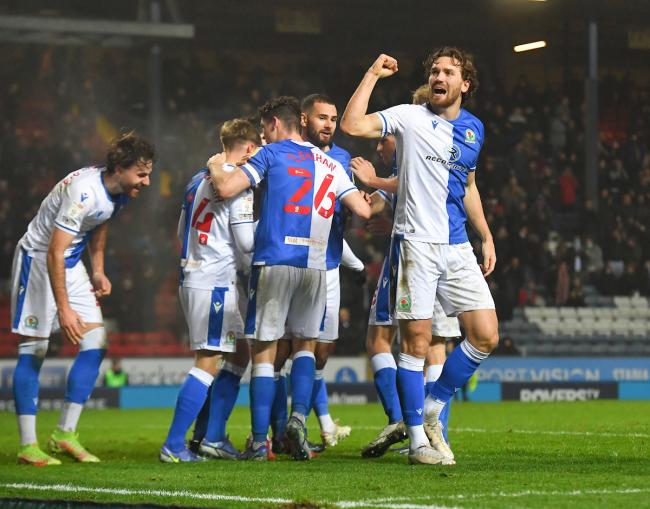