In November of 2019, following a 2-1 home defeat to Frankfurt in the group stages of the Europa League, and with the Gunners sitting 8th in the Premier League table at the time, Unai Emery was sacked as Arsenal manager. But fast forward two and a half years later, Emery has guided his Villarreal side to a Europa League title and a semi-final place in this season’s Champions League, courtesy of a shock 2-1 aggregate victory over German giants Bayern Munich.

But how has Emery, who was deemed not good enough for the North London outfit, guided a team from a small village in Spain to their first-ever Champions League semi-final?

To answer this, we need to go all the way back to when Emery was appointed as Arsenal manager. He had just left his position as PSG head coach and was given the difficult task of restoring the Gunners to their former glory following years of underachievement under legendary manager Arsene Wenger.

After a shaky start to the 2018/19 season, which saw Emery lose his first two league games against the Champions Manchester City and Chelsea, the Spaniard really got going in late August towards December, seeing a 22 game unbeaten run, playing some decent football and scoring goals for fun in certain games. They also topped their Europa League group with 16 points after five wins and one draw.

But during the second half of the 18/19 season, things started to unravel a little for Emery and his Arsenal side. They were losing ground in the race for the top four Champions League places but were also getting huge victories in their Europa League campaign, beating the likes of Stade Rennais, Napoli and Emery’s old side Valencia over two legs to reach their first European final since 2006.

In regards to their domestic season, despite having on paper the easiest run-in of fixtures compared to sides like Tottenham, Chelsea and Manchester United, the Gunners lost key matches against Everton, Crystal Palace, Wolves and Leicester City and finished 5th, just about missing out of the top four to North London rivals Spurs by one point.

Following their disappointing end to the season, the Europa League final awaited Arsenal when they took on Chelsea in Baku. Considering Emery had won the competition on three consecutive occasions between 2014, 2015 and 2016 with Sevilla, it seemed like he was the right man to lead them to European glory. But his Arsenal side was embarrassed on the night, losing 4-1 in Azerbaijan to the Blues.

In the following season, things didn’t get much better for the Spaniard, after a run of poor results which saw only one win in nine matches between October and November, and with the club sitting eighth in the table coupled with the humiliating 2-1 loss at home to Frankfurt, Emery was given his marching orders, much to the delight of the fans.

In July of 2020, Villarreal appointed Emery as their new head coach, and despite the challenges of competing against teams with much higher budgets and quality players, the former Sevilla manager proved he still had the qualities of a top manager, beating the likes of Red Bull Salzburg, Dynamo Kyiv, and Dinamo Zagreb in the knockout stages before facing his former employers Arsenal in the semi-finals.

The Gunners hired former player and Manchester City coach Mikel Arteta as Emery’s replacement and although Arteta had won the FA Cup in August of 2020, a month after Emery joined Villarreal, the North London outfit once again sat eighth at the time of the semi-final. It was a tie to see whether Arsenal made the right decision in sacking Emery in favour of Arteta.

With a squad that contained former Premier League players such as Alberto Moreno, Etienne Capoue and Francis Coquelin, Emery got the better of his fellow Spaniard, winning the first leg 2-1 in Spain and grinding out a 0-0 draw at the Emirates to get one over his former side and send Villarreal to their first-ever European final.

Premier League giants Manchester United awaited them in the final in Poland. With the match ending 1-1 in normal and extra-time, Emery overcame an English side once again as his team won the resulting penalty shootout 11-10 to give Villarreal their first taste of European success, with the former PSG boss also getting his fourth Europa League title in the process.

Despite finishing 7th in La Liga that season, lower than their 5th place finish a year earlier, success in Europe proved that Emery still had the quality and knowhow to compete in the biggest stages, and with the summer signings of Bournemouth winger Arnaut Danjuma and Tottenham defender Juan Foyth, as well as keeping star players like Pau Torres and Gerard Moreno at the club, Emery had the belief that his Villareal team had what it takes to sustain a Champions League run.

After being grouped with Atalanta, Young boys and fellow finalists Manchester United, many considered them to drop down to the Europa League having been placed in a tough group. But in their final group stage game, they beat Atalanta 3-2 away in Italy to finish second in their group and go through to the knockout stages of the competition, where they were drawn to Italian giants Juventus in the last-16.

Despite going 1-0 down in the first minute of the game, Emery’s players held their nerve and managed to draw the first leg 1-1 in Spain. It was the second leg that provided the shock of the round, with Emery going to Turin and beating Juve 3-0 to advance to the quarter-finals of the competition.

German giants Bayern Munich, who won the Champions League in 2020, were next up for the Yellow Submarine, and once again it was expected that Bayern would rip apart Villarreal and end their European journey.

But Emery once again showed his tactical might as despite being dominated throughout the tie, his side won the first leg in Spain 1-0 before going away to Munich and drawing 1-1 to shock the footballing world yet again, knocking out the German powerhouses 2-1 on aggregate in the Allianz Arena.

Now through to their first semi-final since 2006, they’ll most likely face Liverpool in the last four of the competition following their 3-1 first-leg win against Benfica in Portugal last week, with Jurgen Klopp’s men expected to overcome the Portuguese side at Anfield tonight.

Should Liverpool face Villarreal in the semi-finals later this month, Emery’s team will again be the underdogs and it will be widely believed that their race in the Champions League will be run against Klopp and his players. But considering how defensively structured they are, and their clinical prowess in front of goal, it will be by no means an easy fixture for the Reds and it would be foolish to disregard another shock result on the cards, as Villarreal look to reach their first-ever Champions League final.

Whether Villarreal will reach the final or not, it can’t be overstated how successful Unai Emery has been to the Yellow Submarine since his appointment two years ago. With a squad featuring Premier League rejects and players reaching the back-end of their careers, Emery’s yet again showing his qualities as a manager on the grandest scale and why Arsenal should have stuck with him instead of sacking him back in 2019. 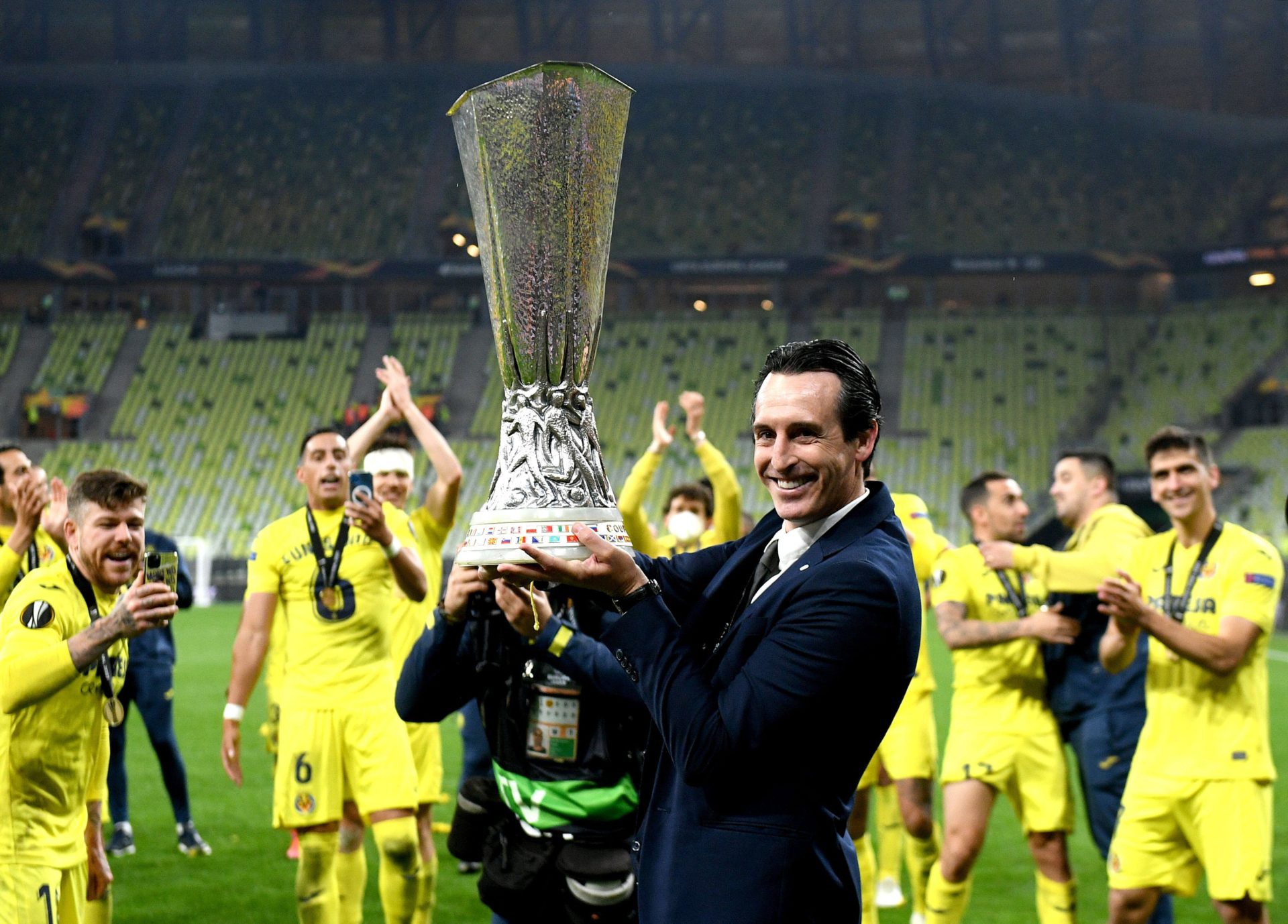