Who would have guessed this! Despite going into the second leg 1-0 down thanks to an eighth minute Danjuma goal in the Estadio de La Ceramica, Bayern Munich were still favourites to topple the Spanish side due to their all-round excellent team with a Bundesliga run that reads 1 loss in 10 matches.

Last season’s quarter-finalists failed to advance past this stage again, as despite taking the lead through the usual Muller assist, Lewandowski goal, they were stunned in the 88th minute when Moreno assisted Chukwueze to silence the Allianz.

Despite having five added minutes, Bayern Munich couldn’t score the all-important goal that would have sent the game to extra-time. As a result, it will be Villareal that face the winners of Liverpool and Benfica (3-1 on aggregate at the moment) for a place in the Champions League Final in Paris.

Villarreal were rather impressive in their 4-1 aggregate win over Juventus, with a 3-0 win at the Allianz stadium (rather ironic considering tonight’s result) helping them progress to their first ever Champions League Semi-Final (their previous best being a quarter-final in 2009, losing 4-1 on aggregate to Arsenal).

They have been rather successful in the Europa League, most notably knocking out Arsenal in last season’s semi-final and then defeating Manchester United in that marathon of a penalty shoot-out in which David De Gea missed the crucial spot-kick.

However, winning the Europa League doesn’t always equate to Champions League success. Of the last five winners of the Europa League, Sevilla (2020 and 2016), Chelsea (2019), Atletico Madrid (2018) and Manchester United (2017), all of these teams were knocked out in the last 16.

This means that winning the Europa League doesn’t always make the tournament easier, despite being given a top seed and supposedly an easier group.

Villarreal even finished second in their group behind Manchester United and are currently sitting seventh in La Liga, 11 points off Atletico Madrid in 4th (making winning the Champions League their only viable opportunity of returning.)

*Bayern Munich have also only failed to win at home against Liverpool (3-1 defeat in 2019) and PSG (3-2 defeat in 2021) since their 2-1 defeat to Real Madrid in the 2018 semi-final. Not just only three defeats in this time but also only three times in which they haven’t won in their last 18 home UCL matches.

For Villarreal to beat them is massive but the real question is how did they do it?

How did they qualify for the Champions League?

Unai Emery was a laughing stock at Arsenal and with a wave of fans calling for #EmeryOut, the board obliged sacking him in November 2019, with Arsenal on their worst run since 1992, within a win in seven matches.

The Spaniard took over Villarreal in June 2020, up until this point he had won two Europa Leagues with Sevilla but had failed at PSG (don’t mention the 6-1) and had been hounded out of Arsenal, you could forgive the man for falling into football obscurity.

Instead, he led a successful team unbeaten in their Europa League group, winning five and drawing one. They then saw off a promising RB Salzburg side, with future Premier League players Patson Daka (Leicester City) and Enock Mwepu (Brighton), 4-1.

In the last 16, they brushed aside Dynamo Kyiv 4-0 on aggregate, with them utilising corners to great effect in the first leg, Pau Torres and Raul Albiol (centre-backs) making the most of recycled set pieces. The second leg saw another brace from Gerard Moreno, to add to his one in the second leg against RB Salzburg, the Spanish striker finished as the tournament’s joint top scorer with 7 goals.

Their run would have consisted of three English sides, if Tottenham had defeated Dinamo Zagreb, but the Croatian side had to be knocked out by the Spanish side, who overcame their opponents 3-1 on aggregate, to set up a date with destiny for Emery with Arsenal.

Two early goals at home set the tone for the Yellow Submarine as they were two up after half an hour, Arsenal got one back from the spot but lost 2-1. The second leg finished 0-0 and Villarreal would face Manchester United.

After a cagey affair in which Villarreal limited Manchester United to two shots on target in 120 minutes, a mammoth shoot-out decided the tournament and saw the Spanish side win their first Europa League.

Was this down to a failure of the account of Bayern Munich or are Villareal the real deal?

Bayern will be extremely disappointed to have let this tie slip out of their hands. They dominated possession (68%) and Villarreal scored with their only shot on target of the game.

Villarreal did the job that was asked of them and by any manager of the underdog, soak up the pressure and stay in the game, it is a credit to this side and to Emery himself that a side with the attacking talent of Thomas Muller, Kingsley Coman, Leroy Sane, Jamal Musiala and Robert Lewandowski, with the very capable Serge Gnabry and Marcel Sabitzer on the bench to only four shots on target when they needed two goals to go through in 90 mins.

Muller and Lewandowski have combined for 128 UCL goals together (86 for Lewandowski and 42 for Muller) and Bayern had scored 30 goals in just 8 matches before their quarter-final tie and were fresh off a 8-2 aggregate win over RB Salzburg. To say they are capable of scoring more is an understatement but you have to give respect to Villarreal and Emery. It is not the most attractive brand of Football but it doesn’t matter when it succeeds.

Ultimately, their ability to counter-attack won them the tie as their goal in the first leg was a quick move down the right wing in which Giovanni Lo Celso pulled it back to Dani Parejo who inadvertently touched it into the path of Danjuma.

Their goal in the second leg started in their own box as Raul Albiol headed a Benjamin Pavard cross away to the left edge of the Villarreal box, the ball was laid into Dani Parejo who used some neat footwork to create space for a through ball to Lo Celso, he used his strength to hold off Kingsley Coman and his vision to play in Gerard Moreno. Due to the counter-attack, Villarreal had a 3 on 2 with Upamencano struggling behind Moreno and Chukwueze open at the back post as he had drifted away from the recently returned Alphonso Davies.

Moreno played an excellent pass into the winger, Chukwueze, who showed his composure, something that Muller had lacked with his free header from 8 yards out from a Leroy Sane cross in the 71st minute, to beat Manuel Neuer at his near post and create history.

They became the first Europa League holders to make the Champions-League semi-final since Chelsea did in 2013-2014 when they lost to Atletico Madrid (3-1).

This represents a huge achievement for the side who will go into the semi-final with hope of making their first ever Champions League Final.

What next for Bayern?

The German Champions still have to retain their Bundesliga crown for a tenth time in a row and with five matches to go, they sit nine points clear of Borussia Dortmund in second.

This defeat only adds to a disappointing season by Bayern’s standards after a second round DFB-Pokal exit at the hands of Borussia Monchengladbach, in October. This defeat was humiliating as the Bavarian side lost 5-0, they have also know gone two seasons with a double since their treble winning season of 2019/2020.

This may heap some pressure on Julian Nagelsman, particularly as Pep Guardiola and Jurgen Klopp may be available in the next two years (although I highly doubt the former Dortmund boss would switch sides in Der Klassiker.)

The defeat may also add to the rumours around the future of striker Robert Lewandowski, who is reportedly a target for FC Barcelona after contract talks have been stalling.

While writing this article, the holders Chelsea have been knocked out, repeating the previous holders Bayern Munich in being knocked out in the quarter-finals.

They had got themselves back into the tie with Mason Mount opening the scoring after 15 minutes and when Antonio Rudiger made it 2-0 the tie was level and going to extra-time.

Timo Werner scored what could have resulted in one of the greatest Champions League comebacks ever as he made it 3-0 to Chelsea after 75 minutes, but Rodrygo sent the match into extra-time with an a goal in the 80th minute.

Then the man in-form broke Chelsea hearts, as Karim Benzema scored his seventh goal in his last three UCL matches to take the 13 time Champions through to their 17th Champions League Semi-final, in which they will face the winners of Manchester City or local rivals, Atletico Madrid. 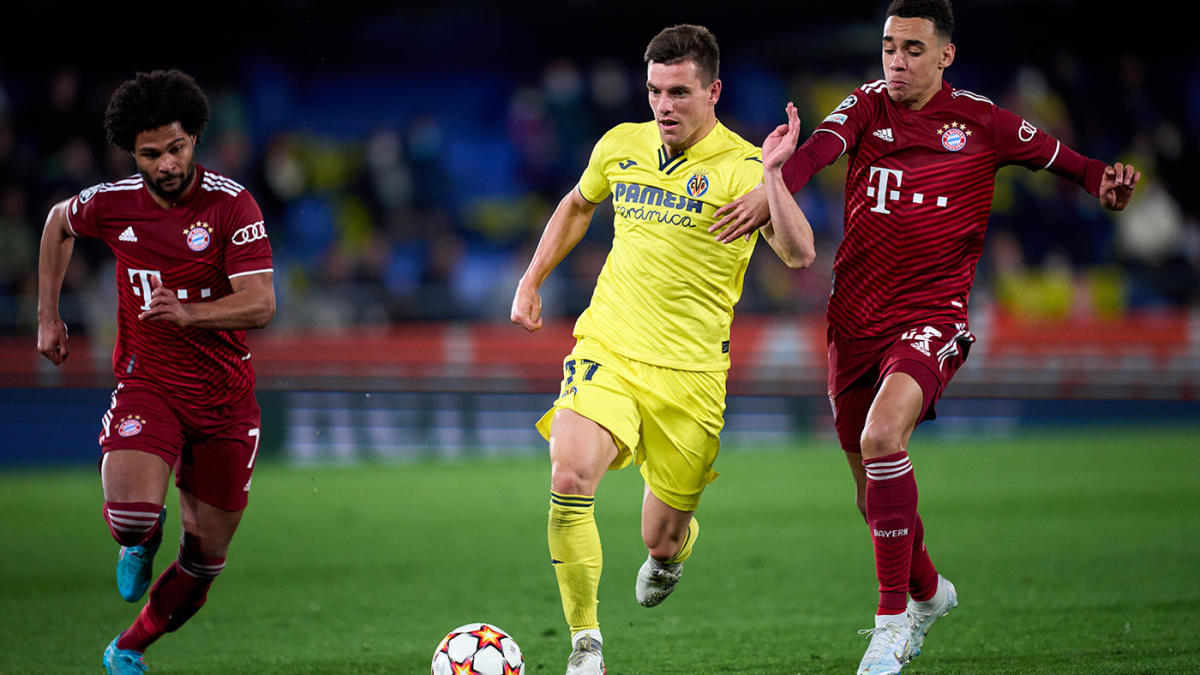