In March of 2020, the Coronavirus was declared a global pandemic by the World Health Organisation (WHO). the virus has spread across the world and has had a dramatic impact on our society, economies, and governments’ politics. The decision to cancel/postpone sporting events, leagues and tournaments was the right call, but what did this mean and how did it affect the most important and valued people in the industry – the fans?

So how did the Coronavirus pandemic impact sports fans’ lives since the virus went global in 2020? With an entire roster of mega-events and elite competitions postponed or cancelled, a void was opened in fans’ lives. The Olympic Games, Euros, Premier League season, Six Nations, Wimbledon, Cricket test series and the Open form part of an extensive list.

Having no sport of any kind for almost two months is almost alien to us and is something which we haven’t seen for many decades. As fans, we get so pumped up for our team’s next fixture or the next event on the sporting calendar and to have that taken away from us by the pandemic brought feelings of despair, boredom and unfulfillment.

In terms of staying connected, what did sports fans do? Across broadcast, social media and other digital platforms, archive footage had been instrumentalised to drive fan engagement, even leading to a temporary re-naming of Match of the Day to ‘Match of Their Day’. This was the most popular method amongst fans to drive engagement, with 49% outlining highlights as the way to do this.

The programme also has a feature in which football fans can show the best goals they’ve scored in their back garden, with most of the clips showing recreations of famous goals scored in the history of football. it was a great way to interact with the fans and get them involved in activities they can do at home during those uncertain times.

ALSO READ:  What kind of sport is the most popular for online casino gamblers?

There was consensus amongst fans on how the pandemic was handled back in the spring of 2020. On the 11th of March of that year, the same day COVID-19 was declared a global pandemic, over 52,000 Atletico Madrid and Liverpool fans (3,000 of which were Athleti fans) mixed in and around Anfield during their Champions League last 16-second leg tie.

Predictably, most sports fans across the world believe that the match, as well as Olympiacos v Wolves and the Cheltenham Festival – all of which took place as the potential scale of the pandemic, was becoming apparent – should have been cancelled or postponed. But who did fans think is responsible for softening the impact of the virus on the sporting world?

The Majority of football fans believe that governing bodies like the FA and the Premier League respectively, have a duty to support the lower league clubs in the fallout of the pandemic. This can only be a good thing as the English Premier League, with its advancement of £125 million to EFL clubs, is likely to be supported by fans. However, was only a short term fix for the impact of the pandemic, which did indeed have long-term implications. But, the spotlight has turned to players, for now.

Despite the fact that our world is always changing, the emotional bond between the fans, clubs and athletes remained unbreakable during the pandemic. That time of unpredictability was used by sports organisations and clubs to really look at the impact fans have on sports through their support both in attendance and in finances. Hopefully, after the turmoil and chaos, the pandemic has brought, this will be a turning point for sports rights holders, who would’ve used that time to review and improve the live sports experience, which on the whole, has been neglected. 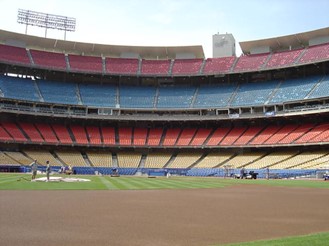