England batsmen seemed not to have learnt their lessons from the defeat in the third Test, they once again faltered against spin to register a below-par 205 runs in their first innings in the fourth and final Test against India in Ahmedabad on Thursday.

A sixth consecutive sub-200 total looked very much on the cards for the tourists after they slumped to 30-3 in the morning session. But Ben Stokes (55) and Dan Lawrence (46) propped them up to put up a fighting score. But England might still regret not making the most of the perfect batting conditions at the Narendra Modi Stadium. “We will look back and be disappointed by some of the batting, we’re more than capable of scoring more than 300 on a wicket like that,” Ben Stokes later said.

Indian spinners claimed eight of the 10 English wickets on a pitch which looked quite different from the one used for the third Test in which 30 wickets fell in five sessions. Former England captain Michael Vaughan, who had criticised the pitch in the pink-ball game, admitted that India outplayed the visitors on the opening day. Vaughan praised the hosts and slammed a very “average” batting by England in the first innings. “India today with the ball showed why they are so good in these conditions … Pitch did very little for 60 overs and they completely out-skilled & out-thought England … !! High class … England with the Bat were very very average,” Vaughan tweeted.

India were 24-1 at stumps with Rohit Sharma batting on eight and Cheteshwar Pujara was on 15.

Local boy Axar Patel was once again the wrecker-in-chief in that match as the left-arm spinner returned to haunt England again after Joe Root elected to bat. Dom Sibley made two before he inside-edged a delivery onto his stumps and, in Patel’s next over, Zak Crawley stepped out to chip the ball to mid-off and depart for nine. 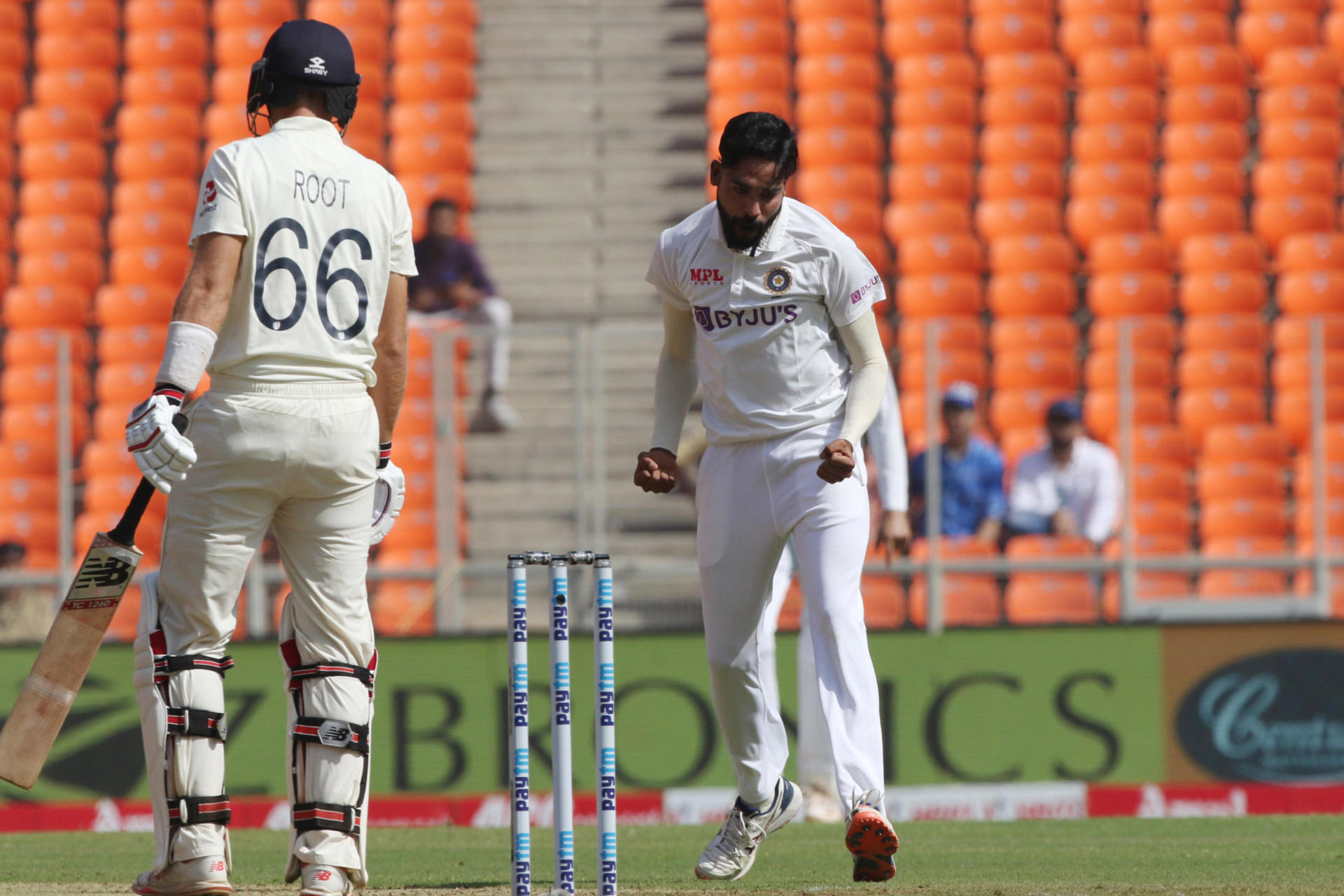 Pacer Mohammed Siraj, replacing Jasprit Bumrah in the squad, struck the biggest blow when he trapped England skipper Root leg-before wicket for five with an inswinger. Jonny Bairstow looked determined to make amends having scored a pair of ducks in the third Test but was trapped lbw by a rising Siraj delivery and failed in a review that showed the ball would have clipped the top of middle stump. He departed soon after the lunch break for 28.

But Stokes started playing his strokes hit Ravichandran Ashwin (3-47) and Washington Sundar for sixes and then reverse-swept Patel (4-68) to bring up his half-century. However, the all-rounder fell lbw to off-spinner Sundar.

Ashwin tested Pope with his off-spin after tea and the batsman was unlucky to get an inside edge off his back pad that went to short leg, and Gill took a simple catch. The recalled Lawrence missed his fifty after charging down the track and missing the ball from Patel to be stumped. Anderson gave England a strong start with the ball by dismissing opener Shubman Gill lbw for a duck with his third delivery but Rohit and Pujara looked assured. England also recalled off-spinner Dom Bess while dropping quicks Stuart Broad and Jofra Archer. The latter missed out due to a right elbow injury issue.

Siraj and Stokes were involved in a verbal duel, joined by India captain Virat Kohli, until the umpires intervened. Stokes then hit back with three boundaries off the quick bowler. Siraj said he was “abused” by the England all-rounder and told Kohli about it, but the matter ended there. Stokes brushed aside the incident, saying “it was two professionals showing that they care about the sport they love.” 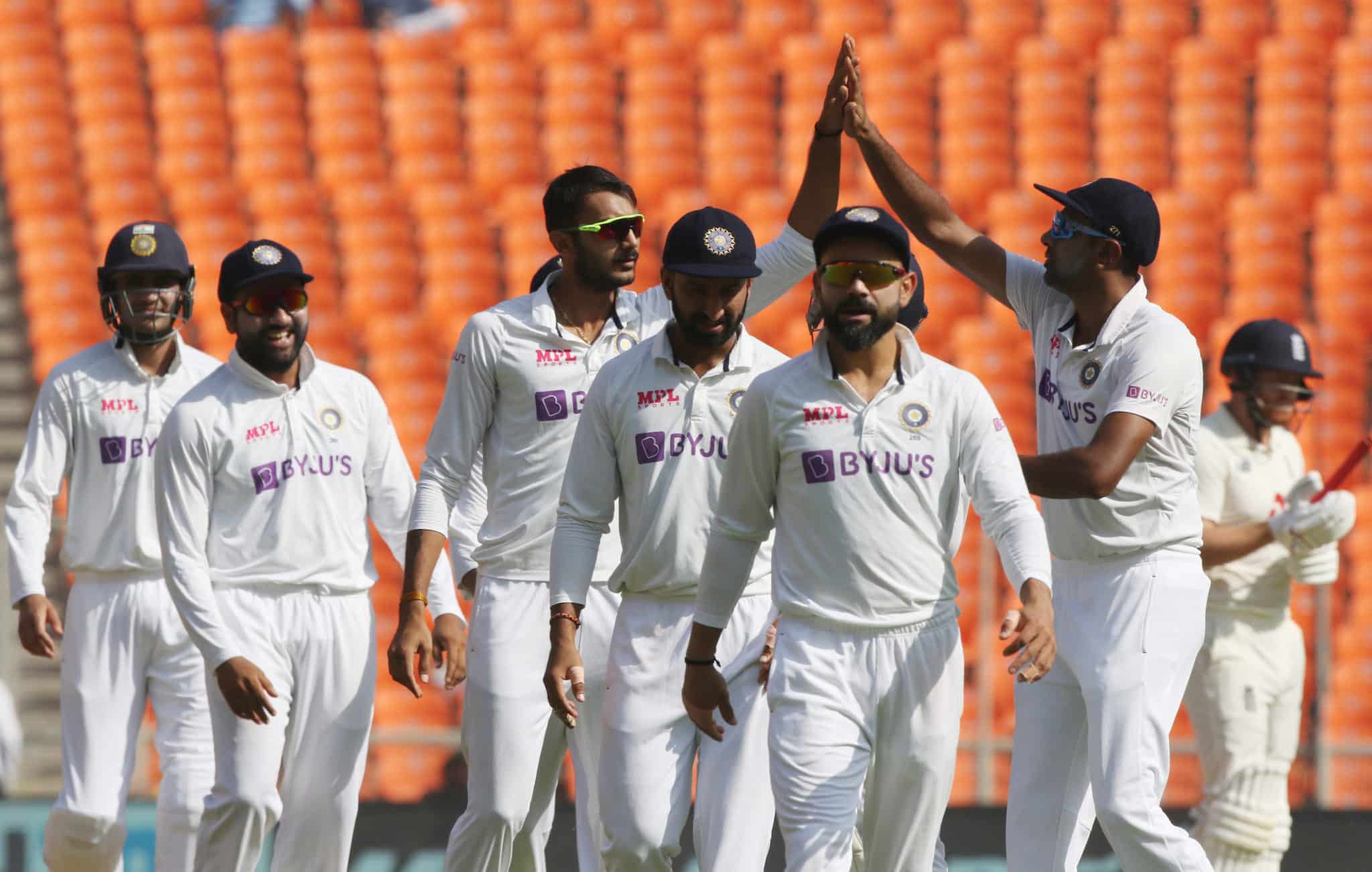